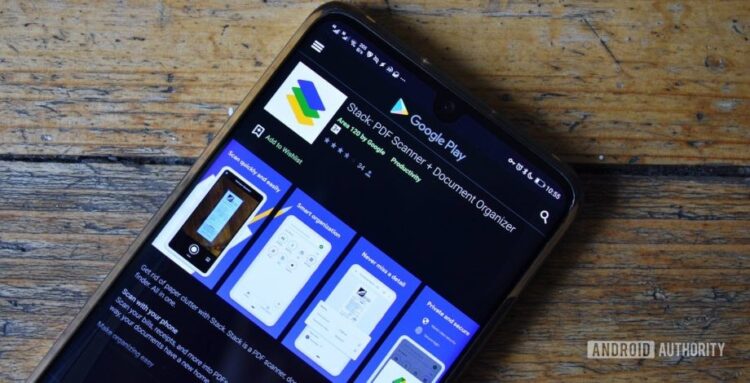 Google has a new useful app in its arsenal for those who want a complete way to scan, store, and organize important documents. Dubbed Stack, the app is developed by the company’s Area 120 division — the team behind old favorites like Reply and Grasshopper.

The app also extracts other vital details from documents, like account numbers, totals due from bills, and due dates. This feature makes the figures and text easier to copy across to other apps, messages, or mails. Integrated search also allows users to trawl through documents using keywords.

As for security, Stack can be locked with facial recognition or a fingerprint. The app can also save copies of the documents to Google Drive.

Stack is only available for those in the US at the moment. There’s no word from Google when the app will be available in other regions. As it’s an experimental app, there’s also no promise that Google will continue to support Stack well into the future. Nevertheless, you can grab it on the Google Play Store via the below button.

Back to Top
Close Add post
X
LinkedIn Shows Off Clubhouse-Like Service Within Its App…AndroidLinkedIn is working on a Clubhouse-like service within its app, the company confirmed through a blog post on its website. LinkedIn said it is reimagin…

X
New Smartphones, OTA Updates & Tech Launched in March 2021 – Monthly Wrap-up…AndroidIn the month of March, there are several mid-range smartphone launches happened. For those who are looking for a flagship smartphone, Vivo, OnePlus, a…
close