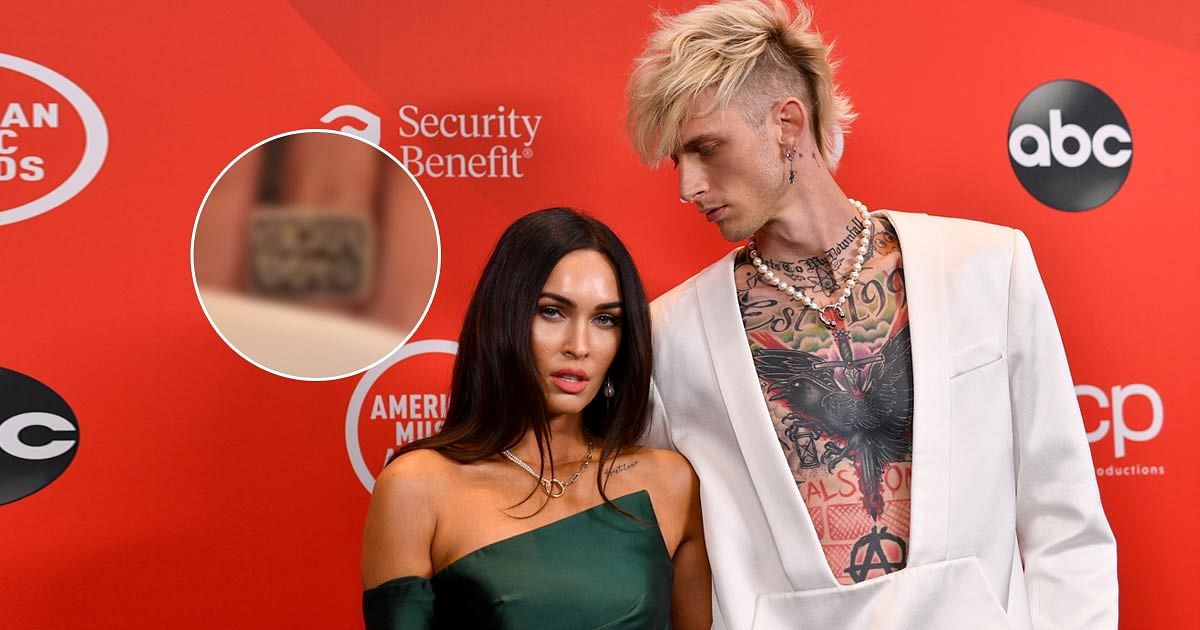 Megan Fox and Machine Gun Kelly have been grabbing attention for their PDA and romance ever since they were first admitted their relationship. While fans are excited to see them take the next step in their relationship, Fox revealed that hadn’t happened yet, in a swag filled way.

But why has she made the revelation? For those who do not know, yesterday MGK shared a video on his Instagram story, and Megan was sported with massive bling on THAT finger. The Transformer actress has now denied the same with just two words and an emoji.

Taking to her Instagram stories, Megan Fox shared a close up of her left hand, and we get a view of the ‘big rock.’ It turns out the actress, who accompanied bf Machine Gun Kelly for a rehearsal of his upcoming Saturday Night Live gig, wore a prop ring!

Sharing the inverse picture, Megan Fox posted an ‘unamused face’ emoji on it. On the prop ring are the words “F*CK YOU” engraved with stars at the start and ends. Check it out:

Talking about how and why the engagement rumours caught fire, it’s all thanks to Machine Gun Kelly. In the video he shared yesterday, the clip saw a close-up shot of his left hand, and we noticed him wearing a very thin band on his ring finger. Given that the same media also showed a sparkle of bling as Megan moved her hand – it was just a matter of adding two and two together. Check out screenshots from MGK’s story here:

The couple met for the first time on the sets of Midnight in the Switchgrass nearly a year ago, and it was love at first sight for them. Last month, a source close to the couple claimed that the duo is really serious about each other and are also looking at marriage possibilities. As per the insider, Machine Gun Kelly is planning of Megan Fox before the end of the year.

Well, with news of them likely to tie the knot making headline last month, we think it’s only a matter of time before the two take the next step in their relationship.

Must Read: Justin Bieber & Hailey Bieber Can’t Take Off Their Hands From Each Other In Their New Steamy Song ‘Anyone’