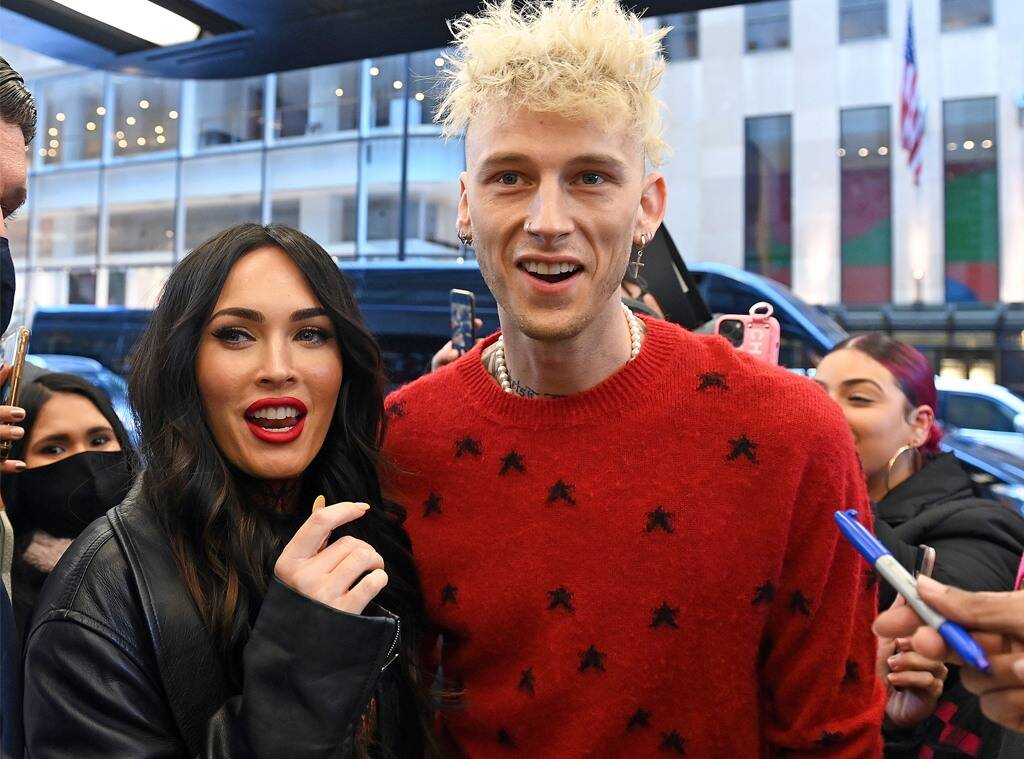 Machine Gun Kelly appeared on Saturday Night Live for the first time and many were impressed, including his actress girlfriend, Megan Fox, who took to social media to praise his performance! It’s safe to say that Megan is no less than proud of her man and it makes sense since MGK really did an amazing job as the show’s musical guest this weekend.

That being said, the Jennifer’s Body star shared three pics of her and MGK outside 30 Rockefeller Center in New York.

The snaps were taken during the past ‘SNL week,’ meaning during the time that Kelly was still rehearsing for his highly anticipated performance.

Alongside the pictures, Megan expressed just how impressed she was by her beau’s talent, going as far as to say it was the ‘best performance that show has ever seen 🤯💔.’

Make sure to check it out yourself if you haven’t yet, to decide if you agree with her or not!

This comes not too long after engagement rumors started going around.

The actress was seen wearing what looked like an engagement ring but she seemed to respond after with a post on her IG Stories.

It was a shot of her left hand and she had a ring on that read: ‘F**k you,’ probably swearing at those assuming about her personal life.

Back in December, a source shared via ET that Machine Gun Kelly ‘totally sees marriage in his future with Megan and their friends could 100% see them getting engaged within the next year.’

The same insider noted that Megan, on the other hand, ‘doesn’t think about getting engaged [or] married and she does not put a timeline in place and it is not something that really crosses her mind.’

Since she went through a divorce not too long ago, it makes sense that Megan would rather not rush into that again, no matter how much she seems to love Machine Gun Kelly!