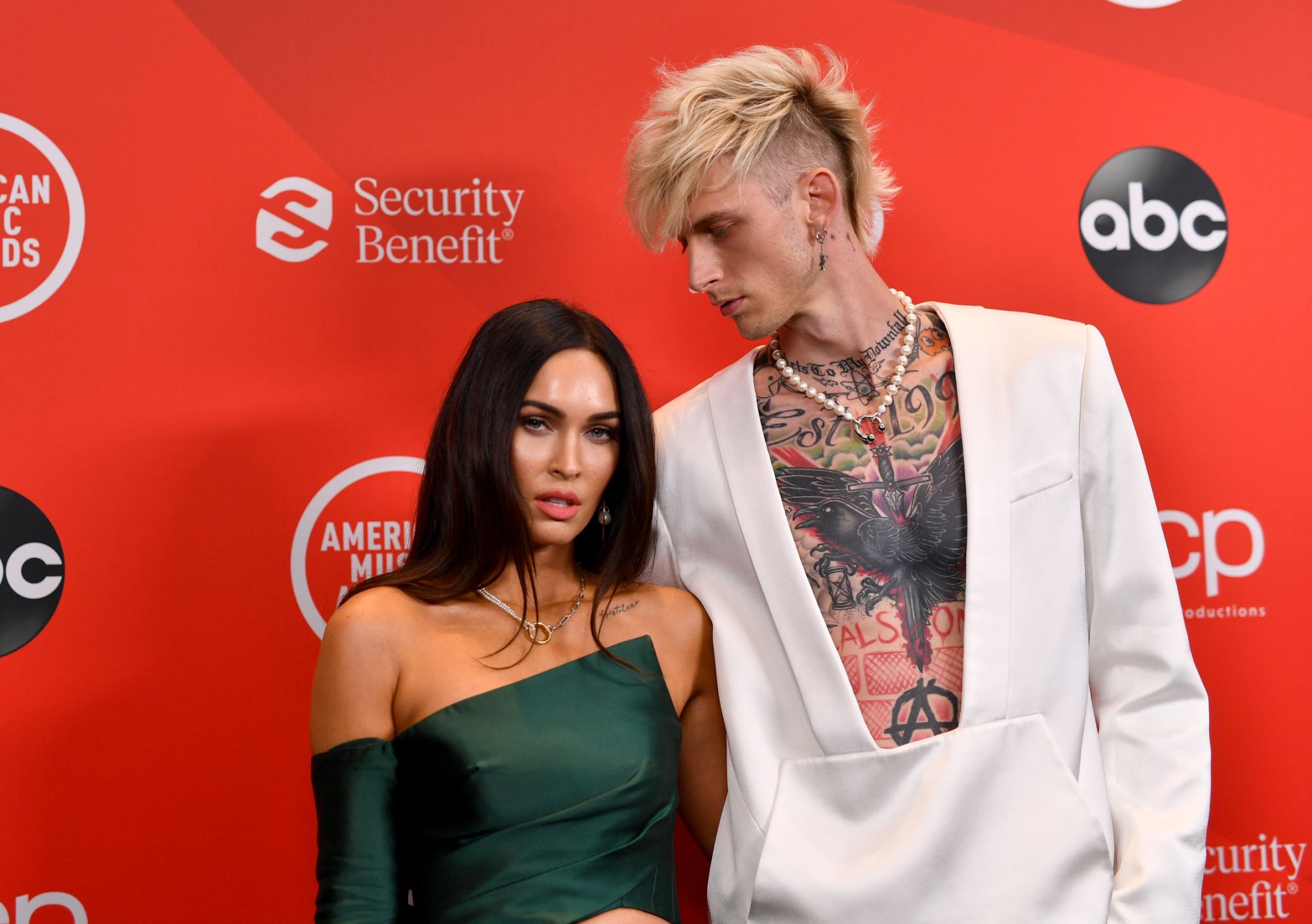 Are Megan Fox and Machine Gun Kelly engaged? That’s the question of the day as the Transformers star was spotted wearing a ring on that finger.

Fox, 34, was photographed in New York City on Thursday with a big diamond ring on her left hand. The actress accompanied Kelly to Saturday Night Live rehearsals as the “Bloody Valentine” singer is this weekend’s musical guest.

Yahoo Entertainment has reached out to reps for both stars.

Kelly, born Colson Baker, and Fox have been together less than a year, but they’ve made it clear the relationship is serious. The actress previously called Kelly her “twin flame,” which she said means more than the term “soul mate.” The pair met in March filming Midnight in the Switchgrass.

“I was like, ‘Who is going to play this role?’ And [the director] was like, ‘Oh, we just got Machine Gun Kelly,’ and immediately, I was like, ‘Uh oh,’” Fox recalled on the podcast Give Them Lala … with Randall, noting it was before they met. “Because I knew. I could feel that some wild s*** was going to happen to me from that meeting, but I wasn’t yet sure what. I just felt it like, deep in my solar plexus that something was going to come from that.”

During the same interview, Kelly, 30, admitted to hanging around set “to catch one glimpse of eye contact” with Fox.

“She would have to get out of her car. There were like, five steps between the car and the trailer. And I would just sit there and hope,” he admitted.

This would be the second marriage for Fox, although she isn’t technically divorced yet.

Fox fell in love with Kelly while she was separated from her husband of 10 years, Brian Austin Green, but didn’t file paperwork to dissolve the marriage until November. The estranged couple share three sons — Noah, 8, Bodhi, 6, and Journey, 4 — while Kelly is father to 12-year-old daughter, Casie, from a previous relationship.