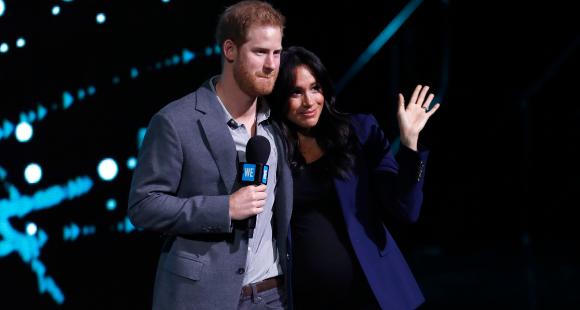 After Meghan Markle and Prince Harry revealed that they secretly got married 3 days before their royal wedding, the Archbishop of Canterbury Justin Welby who officiated their wedding is speaking up.

The Archbishop of Canterbury Justin Welby who officiated Prince Harry and Meghan Markle’s famous 2018 wedding, is finally speaking out after the claim made by Markle about their wedding date. If you missed it, during Oprah with Meghan and Harry, the Duchess said that they were actually married in private three days before their actual ceremony on May 19, 2018. “No one knows that. But we called the archbishop, and we just said, ‘Look, this thing, this spectacle is for the world, but we want our union between us,’” Meghan Markle shared in her interview with Oprah Winfrey. “So the vows that we have framed in our room are just the two of us in our backyard with the Archbishop of Canterbury.”

Now, the Archbishop himself is speaking out about the controversy, despite their rep clarifying their legal marriage date was May 19. The Archbishop said (via BBC), “I met the Duke and Duchess of Sussex several times in a private and pastoral setting before the official ceremony on Saturday 19 May 2018. That day was the day of the marriage.” “If I had signed the certificate on a different day, I would have been committing a serious crime. The marriage was celebrated on 19 May. But I won’t say what occurred in our other meetings,” he added.

If you missed it, the couple also made several shocking revelations about the Royal family, with details of why they decided to step down as senior royals. From Meghan”s mental health struggles with ‘The Firm’ offering next to no support to Prince Harry revealing that he was financially cut off by his family in the first half/quarter of 2020, the couple bared their heart and soul to Oprah.