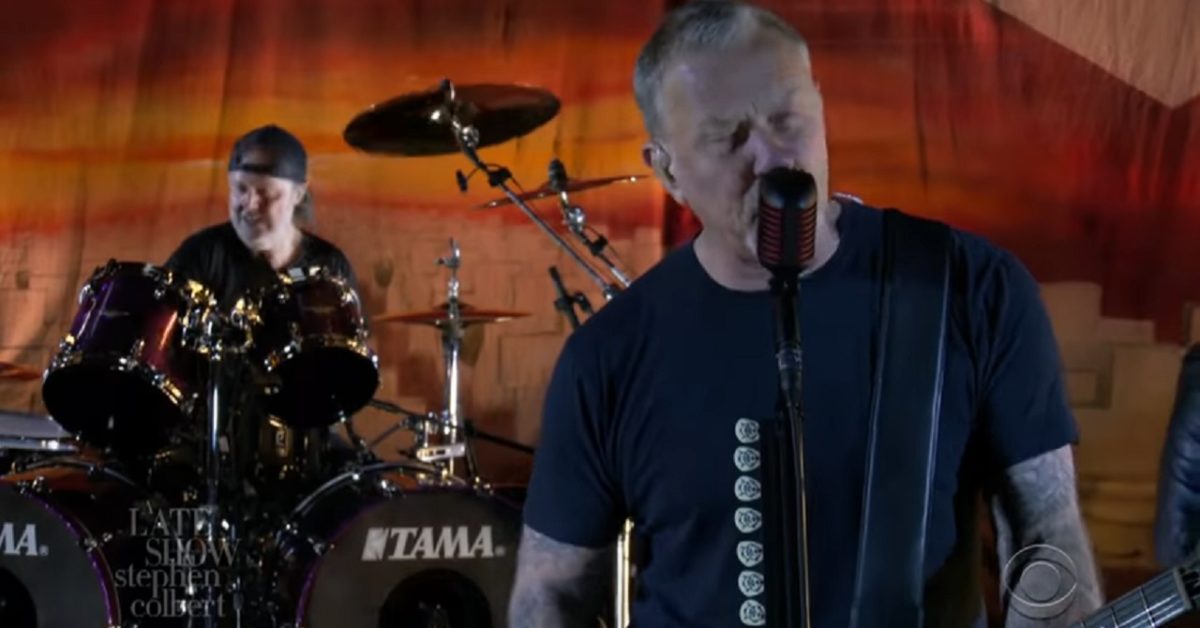 Metallica has been on The Late Show With Stephen Colbert a few times this month since the Super Bowl and wrapped it up last night with a performance of Battery to celebrate the 35th anniversary of their iconic album Master of Puppets. It was an abridged version of the song, but it was still good enough to rock the algae off your ass. Honestly, why does anyone listen to anything other than Metallica?

Here’s a look at the full performance from last night’s The Late Show with Stephen Colbert:

Metallica Never Dies, And They Never Will

Master of Puppets was Metallica’s third album. Released on March 3rd, 1986, it is widely regarded as one of the, if not THE, top metal album of all-time. Original bassist Cliff Burton made his last appearance on this album, tragically passing away in a bus accident while on tour that same year promoting the album. It has sold millions upon millions of copies in its 35-year history, and in 2015 was selected for entry into the Library of Congress for preservation in the National Recording Registry for being “culturally, historically, or aesthetically significant.”

Do you know what is funny, though? This is not even my personal favorite Metallica album. That would be their first, Kill Em All. Thinking on it though, is there a more unassailable first four albums than theirs? Kill Em All, Ride The Lightning, Master of Puppets, …And Justice For All. I mean, come on. Our fearless TV editor would say the two S&M albums are also up there [Ed. Note: I hate you, Jeremy- RF], and while I agree that they are great, those first four albums have to be the greatest metal run of all-time, and one of the top-runs in all of music. Which album is your favorite?

Jeremy Konrad has written about collectibles and film for almost ten years. He has a deep and vast knowledge of both. He resides in Ohio with his family.