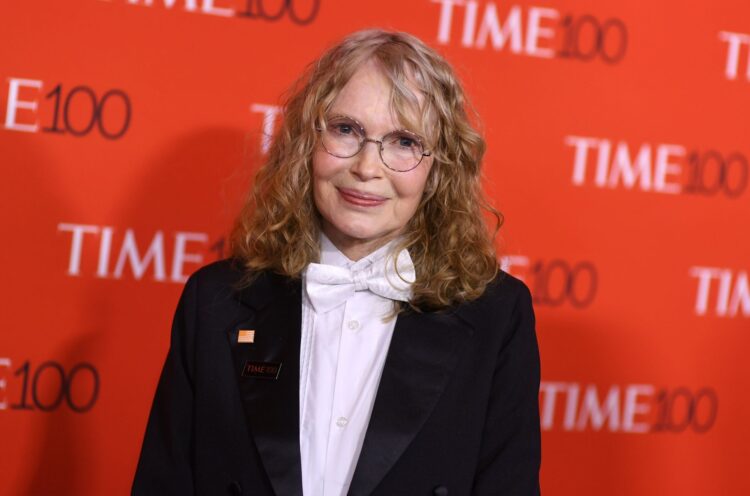 The Rosemary’s Baby actress, 76, took to Twitter to share details around the deaths of Tam Farrow, Lark Previn and Thaddeus Farrow — three of 14 children in her brood of biological and adopted children.

“As a mother of fourteen children, my family means everything to me,” Mia began the the post. “While I chose a career that placed me in the public arena, most of my children have elected to live very private lives. I respect each of their wishes, which is why I am selective” in her social media shares.

She continued, “Few families are perfect, and any parent who has suffered the loss of a child knows that pain is merciless and ceaseless.” However, some “vicious rumors based on untruths have appeared online concerning the lives” of those three children. So to “honor their memory” — and for “every family that has dealt with the death of a child” — she’s speaking out.

Mia wrote her “beloved daughter” Tam Farrow died in 2000 at age 17 from “an accidental prescription overdose related to the agonizing migraines she suffered” as well as “her heart ailment.” Tam, who was blind, was adopted from Vietnam shortly after Mia learned her longtime partner, Woody Allen, was having a sexual relationship with her adopted daughter Soon-Yi Previn in 1992.

Mia described Lark Previn — the first child she adopted, in 1973, during her marriage to André Previn — as an “extraordinary woman, a wonderful daughter, sister, partner and mother to her own children.” Lark, who was born in Vietnam, died at age 35 from “complications from HIV/AIDS, which she contracted from a previous partner.” Mia wrote that despite her illness, she lived a “fruitful and loving life” with her children and partner. She said her passing was sudden, in her partner’s arms on Christmas in 2008.

As for Thaddeus Farrow, who Mia adopted from India post-Allen in 1994, she said her “courageous son” was “happily living with his partner.” The family was “anticipating a wedding,” but the relationship “abruptly ended,” he “took his own life.” Thaddeus, who had polio in his orphanage and was paralyzed from the waist down, was 29 when he died in 2016.

Of their deaths, Mia called them “unspeakable tragedies” and said any speculation is “to dishonor their lives and the lives of their children and loved ones.”

Despite her losses, Mia wrote she remains “grateful” to be the mother of 14 kids — also including Ronan Farrow, Dylan Farrow, Matthew Previn, Sascha Previn, Summer “Daisy” Previn, Fletcher Previn, Isaiah Previn, Quincy Previn, Frankie-Minh Farrow, Moses Farrow — and the grandmother of 16. And while “we have known sorrow,” their “lives today are full of love and joy. Everyone has their own battle to fight; their own sorrows that gnaw. I send you my best hopes and my love.”

Farrow detractors have long attacked her parenting. Allen, who’s now married to Mia’s adopted daughter, has been in a decades long battle with his ex, documented in the recent HBO doc Allen v. Farrow, which outlined Dylan’s allegations of child sexual abuse against Allen. (Allen has maintained his innocence and claims Mia falsely convinced Dylan she was molested as revenge for his affair with Soon-Yi.)

In Allen’s 2020 memoir, Apropos of Nothing, he wrote that he took Soon-Yi, who he married in 1997, under his wing because Mia didn’t provide her the love or support she needed.

Soon-Yi and Moses, both estranged from Mia, have made similar claims about mistreatment.

When the HBO doc came out, Tam, Lark and Thaddeus were not mentioned in it, leading to speculation and criticism. And it became more heightened on Wednesday when Farrow was called out for a photo she posted in 2016 in which Tam appeared to have been edited out of the picture.