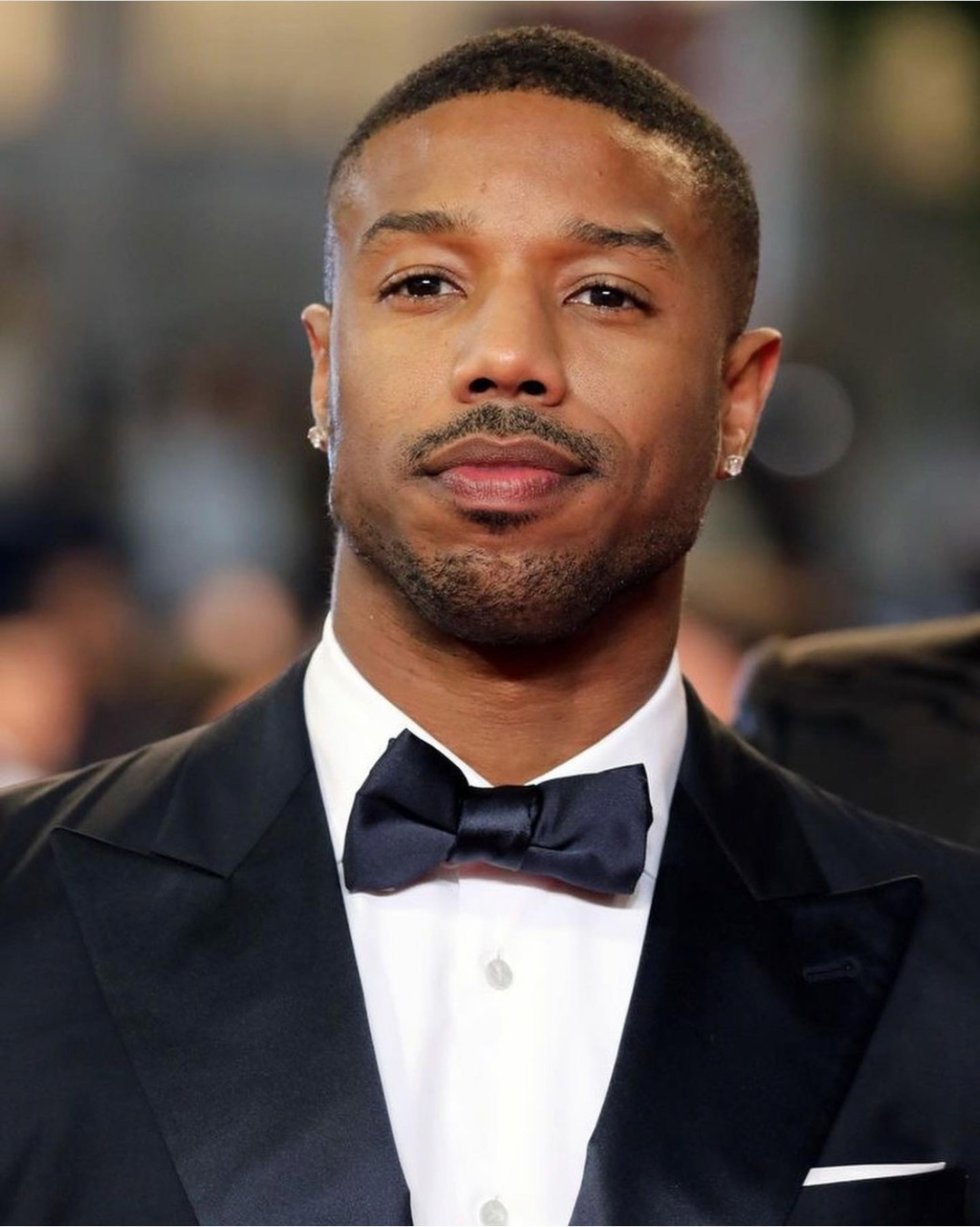 EXCLUSIVE INTERVIEW: Michael B. Jordan’s Alexa Super Bowl commercial heralds a deepening association with Amazon and its production and streaming arm Amazon Studios. Jordan, whose Outlier Society TV deal had been at Amazon Studios, has made a new deal that has an exclusive overall pact for television, and a new first look film deal to produce and acquire elevated films that reflect Outlier’s desire to showcase diverse filmmaking talent for Amazon’s growing original movies slate.

At the same time, Jordan and Amazon Studios Head Jennifer Salke tell Deadline they will turn the life of Muhammad Ali into a limited series that Outlier Society will Executive Produce with Jay-Z’s Roc Nation. Ali’s estate is also involved. The series is being written by Josh Wakely. While Jordan certainly has the ring savvy to play the part, he is too closely associated with his Creed franchise character Adonis Johnson and will find another actor. But he sees an opportunity here to tell from behind the scenes a timely new story on one of his heroes.

“It’s an incredible honor and I bring tons of respect to it,” he told Deadline in an exclusive interview with Jordan and Amazon’s Salke. “It’s a healthy weight to carry, to be able to tell the story of Muhammad Ali. It’s called The Greatest right now and we’re partnered with Roc Nation on the music side of things. It’s a project where we’ve partnered with the estate and we’ll be able to tell this story with no red tape. It’s a limited series that will really dive into the life of Muhammad Ali. I’m not going to be too specific beyond that, but we’ll be able to get to know him in ways we haven’t had a chance to before. I’m really excited about it, as a boxing enthusiast and since this is the world I’ve been living in the past five or six years with the Creed franchise. To be able to honor Muhammad Ali and elaborate on his legacy is something I’m really excited about, and I know Jen and Amazon are as well.”

There have been numerous films about the life of The Champ, including the Michael Mann-directed 2001 Will Smith-starrer Ali, and most recently with Ali (played by Eli Goree) part of the quartet in the Regina King-directed Oscar-season film One Night In Miami. Ali’s life and his emergence not only in the ring but as a Civil Rights activist lends a broad tapestry to the storytelling. “This is character driven and compelling,” Jordan said. “People know Muhammad Ali from his boxing days, but this is an opportunity to go beyond the ring, and more into the man. It’s going to give more of a 360 degree view of who he was. And no, I’m not playing that guy, I can say that for sure, and we are still in early stages here and can’t say too much. We are still putting the pieces together, but it feels like something to look forward to in the future.”

Jordan’s pact with Salke and Amazon portends a scaling up of Jordan’s artistic, entrepreneurial and philanthropic ambitions. We’ve watched him grow up into a leading man before our eyes, after discovering his formative turns in the series The Wire and Friday Night Lights, and on the big screen as an adult with Fruitvale Station, the film that started his collaboration with writer/director Ryan Coogler, which was followed by Creed, Black Panther and numerous other films including Just Mercy, in which he played the role of Bryan Stevenson, the attorney/advocate for the wrongly imprisoned. He has always looked up to Denzel Washington and now is being directed by that Oscar-winner in Journal For Jordan an experience he calls “a master class.” The entrepreneurial ambition has always been there, but Jordan is very methodical about the steps he takes. This one positions him to potentially grow into a mogul.

The playful Alexa commercial, with Jordan playing a seductive voice for Alexa, is promotional piece Tom Clancy’s Without Remorse, the film that Amazon Prime releases April 30, with Jordan starring as former Navy SEAL John Clarke. That is a character created by Tom Clancy when he was writing the Jack Ryan books (John Krasinski plays Ryan character in the Amazon series, which brings up all kinds of cross pollination possibilities). Jordan is very ambitious — his hope here is to launch a feature franchise with Clarke — and he and Salke expect this deal to broaden beyond film and television and dip into Amazon’s stature as a premiere retail platform to touch businesses including fashion, audible, music and more.

“Michael and I have been talking about this for a long time, way pre-pandemic,” Salke told Deadline. “It’s our quest at Amazon and my personal desire to make sure we are telling the kinds of stories that can entertain and inspire people all over the world. I looked at our slate and realized we needed to quickly escalate ourselves as a home for a curated group of artists who care about that same thing.
You can see in the upcoming slate the work that has been done in the past few years that shows where we’re going. When I started spending time with Michael and hearing what he wanted to do, I thought, he’s obviously a hugely talented actor but when I speak with him I feel like I do when I speak to someone like Nicole Kidman. He’s a producer, at heart. He has a huge vision and ambition for what he wants to build. It was directly in line with where I want to go. We had such shared values and excitement over what path to take. It really was about a meeting of the minds. It is such a great fit for Amazon to be a home for him. That’s how it started.”

Jordan said it is early days on how they will exploit Amazon’s platforms to create brands, but he said he will continue to be selective, as he has been in his screen career. The priority is to serve storytelling with a constructive message. Outlier Society seems perfectly poised to grow in both film and television: Jordan recently hired Elizabeth Raposo to be company president. She most recently served as Paramount Pictures President of Production after 15 years at that studio putting together and shepherding big scale movies that included the Mission: Impossible films, A Quiet Place, Bumblebee and the Jack Reacher films. Aside from movies and TV series, will Jordan lean into branded merchandise, as he’s watched stars like George Clooney, Dwayne Johnson and Ryan Reynolds launching billion dollar liquor brands, and Dr Dre and Jay-Z mint fortunes aligning themselves to products?

“My ambition and appetite has grown over the years,” Jordan answered carefully. “It has consistently gotten more diverse as it has expanded to wonder what is possible. You see a business and a brand like Amazon and my ambition is to grow an ecosystem, where one hand washes the other and we help each other out. They had the resources and the like mindedness and ambition and a need for someone like myself. This is something I see living across content creation, philanthropy, and including Audible, which is based in my hometown of Newark, New Jersey. You see the potential for things to cross pollinate. To see Without Remorse spin across to Alexa, and the way we used it to help the summer Drive-In series, we were able to cross pollinate through the various verticals that Amazon has. The sky’s the limit. You’ve got to look toward the future. To have a home where they will bet on me, where they believe in me as much as I believe in myself, and give me the room to grow…this feels like an awesome fit. Getting to know Jen through my TV deal being at Amazon, we have gotten to know each other organically, we knew it was a good fit.”

As for testing Amazon’s retail reach to an artist who wants to be entrepreneurial, which hasn’t really been tested as an offshoot of a creative relationship?

“Those are all possibilities,” Jordan said. “Not to get too specific on any one thing right now, but as an entrepreneur looking at the verticals they have, those are the types of things you can expect from a partnership and a relationship like this. It has to fit, it has to make sense. Jen knows I have my hands in a lot of things, and that is definitely a reason why I wanted to make this my overall home, to be able to execute on those kinds of things in a real way.”

As for continuing to brand John Clarke as another franchise for Jordan, Salke said the priority right now is to launch Tom Clancy’s Without Remorse, which is directed by Stefano Sollima, the Italian filmmaker best known for his work on the groundbreaking crime series Gomorrah. Script is by Yellowstone‘s Taylor Sheridan and Will Staples. Outlier Society produces with Paramount Pictures, Skydance and New Republic Pictures.

“There are some rights conversations that are going on that I don’t want to get into,” she said. “We’re speaking to ambition here, and we’re not nailed down on anything right now.”

Said Jordan: “That is the goal; I’m so excited about Without Remorse. As a guy who grew up playing Rainbow Six, this was an opportunity to dive into John Kelly/John Clarke character and give him a fresh start. Growing this thing out into a franchise is something we look forward to, and we felt Without Remorse is a perfect vehicle to do that as the first big splash I will make over at Amazon.”

Said Salke: “There are certain ambitious artists that come in the door and want to work across Amazon, who see the opportunity to positively impact our business and scale their voice across different parts of the company. Michael was the most articulate on how he could do that very specifically. He mentioned the results of the summer screening series, the curated Drive-In movies we did together. And really diving into Alexa [if you ask the Amazon search device for info on Without Remorse, you’ll hear Jordan’s voice downloading the details], and talking about partnerships and how to best work across parts of Amazon, That part has been the challenge; how do we do that in a strategic manner with the right partners in a way that will be impactful for both of us? That was a major puzzle piece that made it clear this will deal will work on so many levels for both of us.”

Jordan is repped by WME, M88 and attorney Gregory Slewett of Ziffren Brittenham.