Michael Bloomberg Has His Task Cut Out As UN Climate Envoy 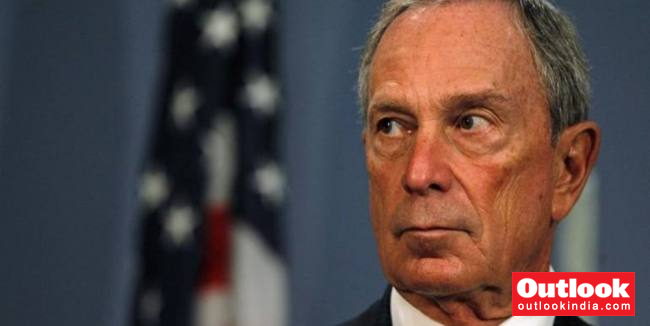 In his new role as the United Nations climate envoy, Michael Bloomberg should try to ensure that the message strongly gets communicated to developing countries that focus more on the climate arena would not conflict with their own developmental goals. And that the money spent on climate action by these nations would be worth its while in the long run.

Bloomberg should also make it unequivocally clear to developing countries that the UN would be there with them to protect their interests at all climate-related negotiations and discussions on the global way forward, including at the upcoming COP26 meeting at Glasgow. By displaying greater sensitivity towards the genuine challenges that developing countries face on the climate issue.

According to the latest Economic Survey, India’s own climate change-related actions till 2030, for instance, would require financial resources of the magnitude of $2.5 trillion (at 2014-15 prices). To put this figure in its proper context, the money required by India during this decade for climate change-related initiatives is almost (if not more than) the current size of its Covid-hit economy.

As a global ambassador of the climate issue, Bloomberg, moreover, must also make it his priority to ensure that the US announces its Nationally Determined Contribution (NDC) under the Paris Agreement shortly and that this NDC is truly reflective of the best that one of the world’s wealthiest countries can do to demonstrate its commitment to the climate issue.

Developing countries would be much more willing to significantly move the needle on the climate agenda if they are convinced that the advanced and financially stronger countries are manifestly walking the talk on the climate front, especially when it comes to upholding the commitments, they had made on this matter earlier.

While engaging with civil society, too, it would be good if Bloomberg does not restrict his outreach to civil society organizations that are already active in the climate arena. He should go out of the way to reach out to those members of civil society, who, while cognizant of the importance of the climate issue, still have many questions on the subject.

During his interactions with think tanks associated with the climate arena and sundry other independent experts, it may likely help Bloomberg’s cause if he could impress on these organizations/individuals the need to ensure that their climate-centric communications are not mired in jargon and are in a form that ordinary people can easily comprehend. Think tanks, particularly those operating in developing countries, need to be sensitized that while suggesting solutions, they should factor in all aspects including the short, medium, and long-term financial implications of the measures they are proposing, as also the possible ramifications of their recommendations on the jobs front.

Given that Bloomberg’s work would, besides, involve engaging with companies, it would be most welcome if he could convince large corporations to ensure that they are doing their bit to address the global climate problem and not just making the right noises on the matter. As a successful global business leader himself, he should make enterprises understand that giving the climate issue the importance it deserves would be in their own best interests.

Through his present assignment, Bloomberg has an opportunity to make a significant difference in the lives of people worldwide. One can only hope that he does a good job of it as there could be few better qualified than him to handle the responsibility of UN Climate Envoy.

[The author is Advisor at the Gurgaon-based advisory on communications and stakeholder advocacy R M Consulting. Views expressed are personal.]