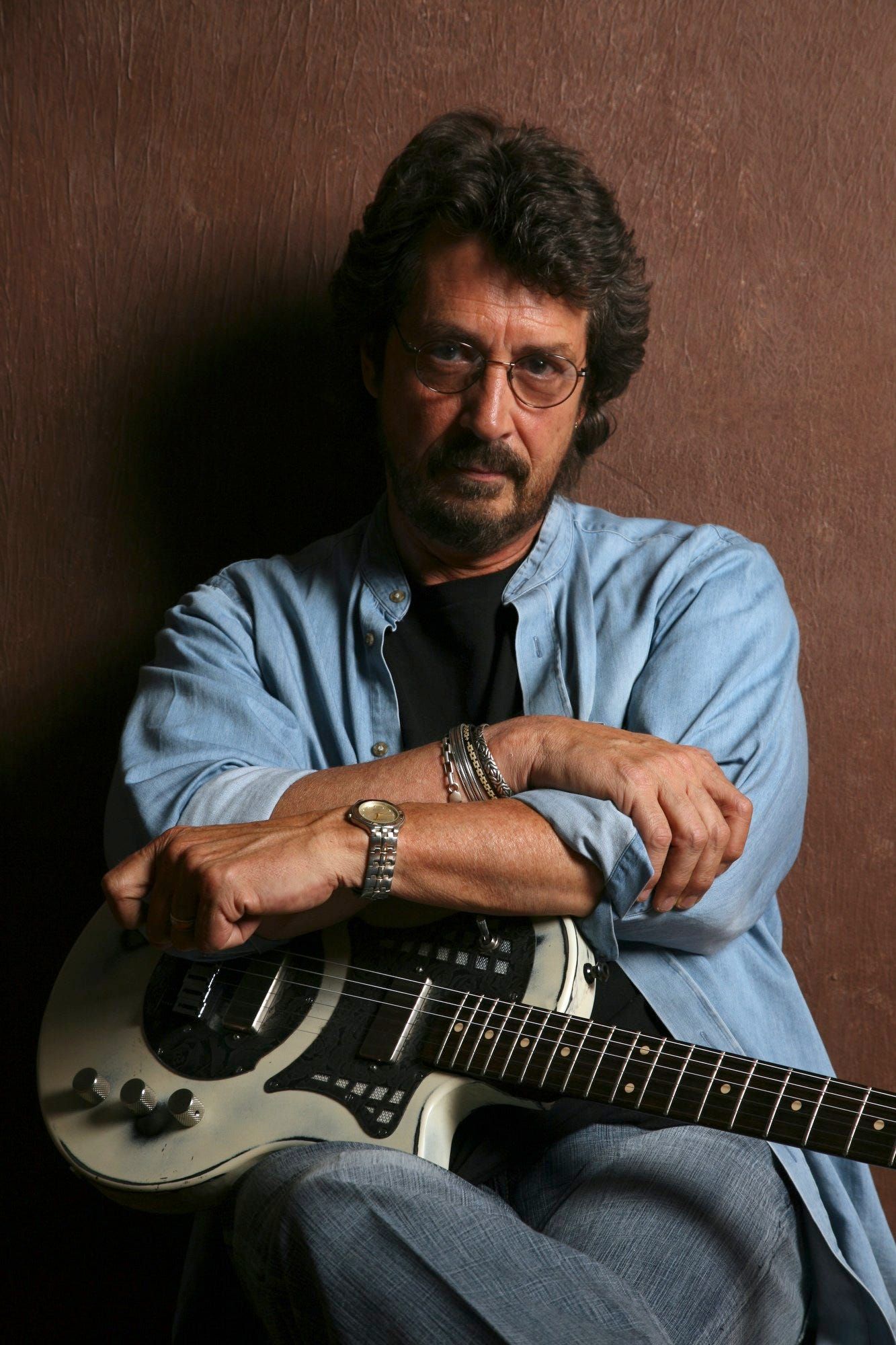 The Cleveland musician, who ruled the local airwaves in the late 1970s and early 1980s died Friday after a seven-month battle with lung cancer, his family announced. He was 72.

Stanley had worked for the past 30 years as a disc jockey at WNCX-FM. On Wednesday, the Cleveland radio station released a statement from Stanley’s family, disclosing that he had “serious health issues” and asking fans to “keep Michael in your thoughts and prayers.” He hadn’t been on the air since Feb. 19.

On Saturday, WNCX announced that Stanley had died peacefully “with his family by his side.”

Born Michael Stanley Gee on March 25, 1948, in Cleveland, Stanley fell in love with rock ’n’ roll the first time he heard Elvis Presley, and formed a garage band, the Scepters, in 1965 as a student at Rocky River High School.

Stanley earned a sports scholarship to Hiram College, where he played baseball, worked as a disc jockey on the student radio station, majored in comparative religion and earned a bachelor’s degree in 1970.

During his sophomore year, he joined the Tree Stumps, a four-piece band, and got his first big break during a gig at Otto’s Grotto in Cleveland.

“A producer, an actual record producer just like in the movies, stumbled into this club one night,” Stanley recalled years later. “He was from New York and happened to be in Cleveland visiting a friend.”

ABC Records’ Bill Szymczyk, who had produced B.B. King and would go on to handle the James Gang, Joe Walsh, the Eagles and the J. Geils Band, signed the Tree Stumps to a contract. The group changed its name to Silk and recorded the album “Smooth as Raw Silk,” which dropped off the charts after one week.

With Szymczyk in the control room, Stanley recorded two solo albums, “Michael Stanley” (1972) and “Friends and Legends” (1973) while working full time as a manager of the Disc Records retail chain. His boss fired him in 1974 for promoting his solo albums at a rival store.

The timing was awful because Stanley’s wife, Libby, had recently given birth to twin daughters, Sarah and Anna.

But Stanley, a guitarist and songwriter, still dreamed of a career in music. As he once told the Beacon Journal, part of the USA TODAY Network: “I said to my wife, ‘You know, I kind of don’t want to end up 50 years old, complaining about what would have happened if I’d really given it a shot.’ And she said, ‘I don’t want you doing that either because it’s going to be hard on me.’ ”

He formed the Michael Stanley Band in 1974 with guitarist Jonah Koslen, bassist Daniel Pecchio and drummer Tommy Dobeck. The group’s first album, “You Break it … You Bought it!” was released in 1975.

“None of this has been planned out,” Stanley said in 2017. “Even the band was kind of started by accident and we thought, ‘Well, if this goes on for a couple of years, it’ll be a fun thing to look back on.’ I certainly never thought it would be going on this far down the line.”

Managed by Belkin Productions, the Michael Stanley Band was highly prolific, releasing an album a year over the next decade.

Known to fans as MSB, the group became the first Cleveland band to headline the Coliseum, performing May 27, 1978, with special guests REO Speedwagon and Cheap Trick. Tickets cost $7.

Its lineup evolved over the years. The addition of keyboardist Bob Pelander, guitarist Gary Markasky, bassist Michael Gismondi and multi-instrumentalist and vocalist Kevin Raleigh propelled MSB to its greatest success.

The 1980 album “Heartland,” featured a guest appearance by Bruce Springsteen’s saxophonist Clarence Clemons. It included such popular tunes as “Lover,” “All I Ever Wanted” and “Working Again,” and generated MSB’s first national hit, “He Can’t Love You.”

The song, with Raleigh on lead vocals, cracked the Billboard Top 40 at No. 33 in 1981, and was played in heavy rotation when MTV debuted in August 1981.

Stanley popularized the phrase “North Coast,” the title of the band’s 1981 album.

As he explained that year: “Somebody one day said, ‘How come it’s always either East Coast or West Coast? Why do the East Coast and West Coast get all the hype?’ There’s a Southern coast and a Northern coast to this country, too.”

The album’s popular tunes included “In the Heartland,” “Somewhere in the Night” and “Falling in Love Again.”

The band headlined 17 Blossom shows from 1980 to 1986, including a record-breaking, four-night stand that attracted 74,404 fans in August 1982 and clogged roads for miles around.

“The thing was, they sold out so quickly, it was amazing,” Stanley recalled. “Then it was like, ‘Well, you want to do another night?’ and we went, ‘Sure, we’re not doing anything, let’s make some more money and have some more fun!’ We were as pumped as anyone else. We figured somebody would break it sooner or later but nobody has.”

The band released “MSB” (1982), an album featuring the songs “In Between the Lines” and “When I’m Holding You Tight,” and followed that up with “You Can’t Fight Fashion” (1983), whose best-known track, “My Town,” became a Cleveland anthem that reached No. 39 on the Billboard chart. To top it off, MSB performed on the TV shows “American Bandstand” and “Solid Gold” in 1983.

After releasing two more records, the group broke up in 1987.

Twice divorced, Stanley continued to perform with acts such as the Ghost Poets, the Resonators, the Midlife Chryslers and Michael Stanley & Friends.

“When you’re doing something you love to do, it isn’t exactly work,” Stanley said, although he acknowledged that performing concerts took a physical toll as he grew older. “At the same time, you get that hour or two when you’re onstage and you’re in touch with the audience and they are in touch with you,” he said. “It’s hard to put a price on that.”

He felt so lucky to have a career in music, to be able to entertain fans and do what he wanted.

“I realized the other day, I’ve never done a resume in my entire life and I’ve almost always had a job where I can wear tennis shoes if I wanted to.”

Stanley spent eight days in the hospital after suffering a heart attack in 1991 at age 43. He was diagnosed with prostate cancer in 2017, the same year that his third wife, Denise, died of lung cancer. A December 2017 concert in Northfield, Ohio had to be rescheduled when Stanley had a second heart attack and underwent quadruple bypass surgery.

In Stanley’s last years, the passage of time seemed to be very much on his mind. His last two solo albums were titled “In a Very Short Time (2016) and “Stolen Time” (2017). By then, he had five grandchildren.

Acknowledging his health issues, Stanley told the Beacon Journal in 2017: “It gets your attention and reinforces the point that it’s all pretty finite at this point. When you’re 18, you don’t see the end anywhere down the line, and when you’re this age, you realize there’s only a set amount of songs, albums, gigs that are left, so let’s make the most of them while we can.”