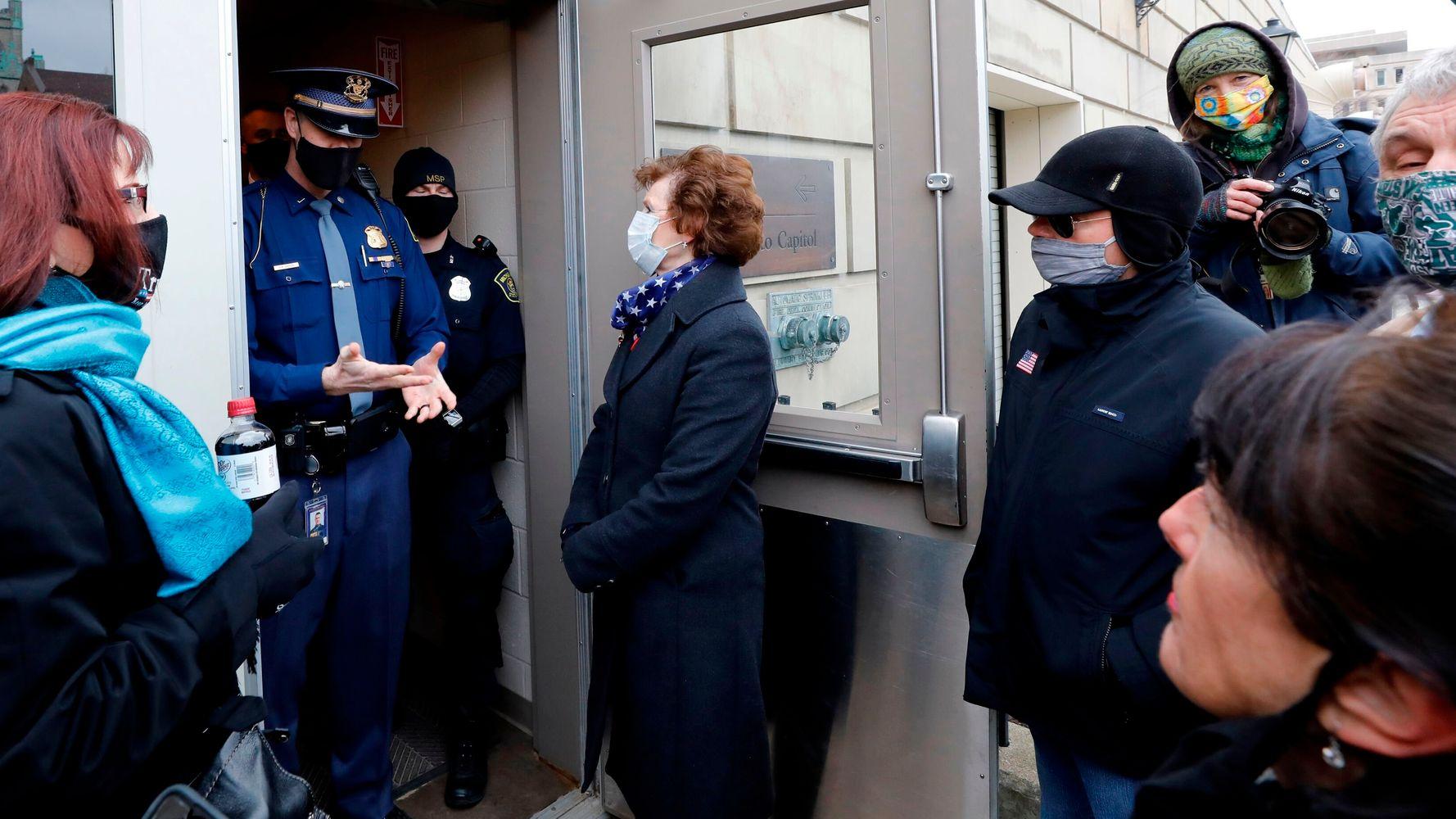 The Republican-led Michigan House of Representatives quickly stripped a lawmaker of his committee posts after he indicated there could be violence during Monday’s Electoral College vote.

But it’s apparently only for the remainder of this term, which ends Dec. 31.

Republican state Rep. Gary Eisen said in a radio interview Monday morning on WPHM-AM in Port Huron that he was going to participate later that day in an apparently disruptive mystery event involving the Electoral College vote and that he couldn’t rule out violence.

Eisen refused to reveal details of the event but promised that it would be “all over the news.”

It “sounds dangerous, Gary,” said the interviewer. Eisen responded, “It is.”

Asked if he could assure that there would be “no violence,” Eisen answered, “No.”

Most of the state Capitol and legislative buildings were closed Monday because of “credible threats of violence.”

Republican House Speaker Lee Chatfield blasted Eisen’s comments as he announced that Eisen was being stripped of his posts.

“We have been consistent in our position on issues of violence and intimidation in politics — it is never appropriate and never acceptable,” Chatfield said in a statement. “That is true of threats or suggestions of violence against … Republicans, Democrats, and members of the Electoral College.”

As “elected officials [we] must be clear that violence has no place in our democratic process,” Chatfield added. “Because of that, Rep. Eisen has been removed from his committee assignments for the rest of the term.”

Threats of violence, or a refusal to denounce it, will not be tolerated in the Michigan House. Last week, a Democrat was removed from her committees. Today, a Republican has been too. We will not condone this behavior. In a Republic, we settle our differences on Election Day. pic.twitter.com/W1dnxJpaLz

Eisen later said that he regretted “the confusion over my comments,” adding: “I want to assure everyone that those of us who are supporting an alternative slate of electors intend to do so peacefully and legally.” He opted, however, not to attend the mysterious event, the Detroit Free Press reported.

As it turned out, the “event” appeared to be a number of people posing as “alternative” electors and attempting to gain entry to the Capitol. They were stopped by guards, who explained that the electors were already inside.

The legitimate electors inside the Capitol confirmed the choice of the state’s voters, casting 16 electoral votes for President-elect Joe Biden.

Electors stand a cheer as Michigan Democratic Party Chair @LavoraBarnes announces 16 votes (all of them) have been cast for President-Elect Joe Biden. #ElectoralCollege #mileg @WKARnews pic.twitter.com/GkBR2krgfh