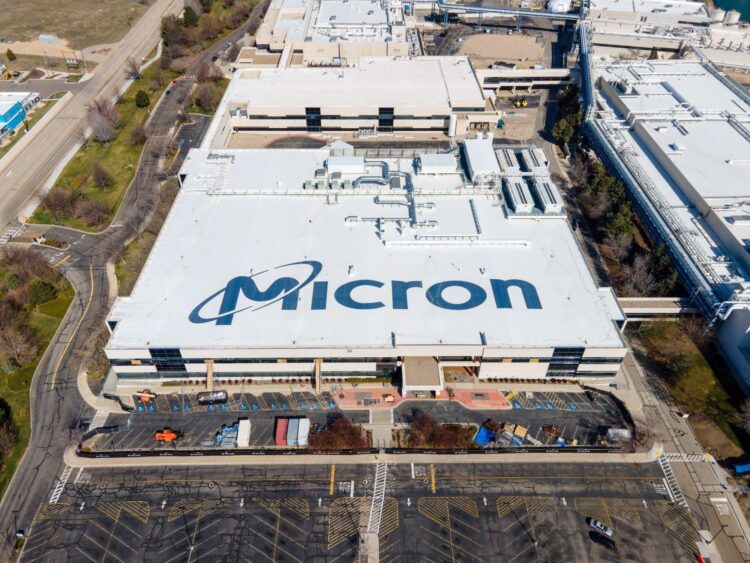 (Bloomberg) — Micron Technology Inc., the largest U.S. maker of memory chips, gave a bullish forecast, buoyed by demand for semiconductors that store data on computers and smartphones. The stock rose about 2%.Revenue in the current period will be $7.1 billion, plus or minus $200 million, Micron said Wednesday in a statement. That compares with an average analyst estimate of $6.85 billion, according to data compiled by Bloomberg. Profit, excluding certain items, will be about $1.62 a share, plus or minus 7 cents, the Boise, Idaho-based company added. Wall Street was looking for $1.34 cents a share.

Demand for memory chips, which help process and store data, has been boosted by purchases of computers and other devices needed to work and study from home during the pandemic. Micron and rivals Samsung Electronics Co. and SK Hynix Inc. are now rushing to increase supply.

The World Is Short of Computer Chips. Here’s Why: QuickTake

Countries are rolling out Covid-19 vaccines at different rates so the economy will recover in stages this year and into 2022, Chief Executive Officer Sanjay Mehrotra said in an interview. That means memory chip demand will remain strong and supply tight into next year, he predicted.

Cars, servers and other devices come with more memory than they used to, while companies and consumers are spending on everything from smartphones to networking, Mehrotra said. That is supporting firm, secular demand across the industry, he added.

Prices of dynamic random access memory, or DRAM, are rising rapidly amid “severe undersupply,” the company said in a presentation. Supply will fall short of demand this year, it projected. In contrast, the supply of Nand flash, another type of storage chip, will exceed demand, Micron warned. This will require more cuts in capital expenditure to support profitability in this part of the industry, it added.

Micron also warned about a drought in Taiwan, which has reduced water supply to one of the company’s DRAM factories. “We are accelerating our water conservation efforts and have secured alternative sources of water,” Mehrotra said during a conference call with analysts. “At this time, we do not see an impact to DRAM production output; however, this is a developing situation that we are monitoring closely for the next several months.”

In its most recent quarter, DRAM provided 71% of Micron’s sales with most of the balance coming from Nand revenue.

In the three months ended March 4, Micron posted a revenue of $6.24 billion, up 30% from a year earlier. Net income was $1.1 billion, or 98 cents a share, excluding certain items.