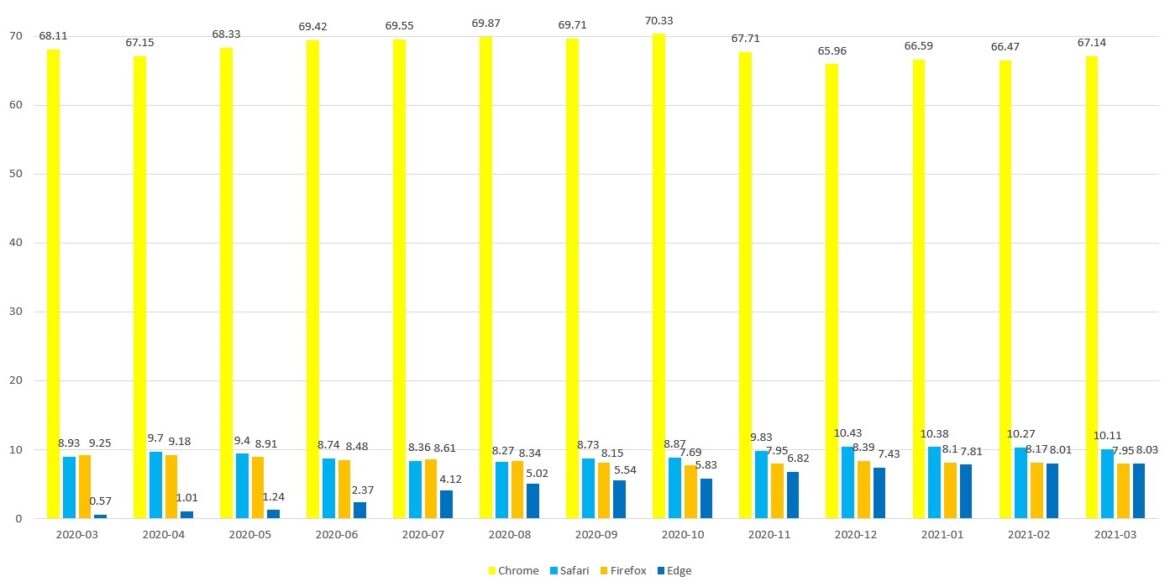 Google Chrome is still the top and unbeatable player with a 67.14% share out of the desktop browser market. As per StatCounter, Microsoft Edge has now overtaken Firefox, pushing Mozilla’s privacy-friendly browser into fourth place with a market share of 7.95.

While Safari is the second most popular browser with a market share of 10%, Chromium Edge has secured the third spot with an 8.03% share and it’s adding new users almost every month.

It looks like Microsoft’s web browser Edge has hit a record high when it comes to user numbers and it’s apparently the second most popular browser on Windows.

To better understand the growth of Microsoft Edge, I have created a graph using the data provided by StatCounter. As you can see, additional desktop users for Microsoft Edge could have come from Mozilla’s Firefox.

Edge has enjoyed steady growth since last year and it could also surpass Apple’s macOS exclusive offering within the next six months. Of course, the upward movement also involved some users from Internet Explorer, Google Chrome and other browsers.

It’s worth noting that Firefox still has a larger overall share than Edge when numbers from mobile and tablet are considered, but it’s dipping slowly.