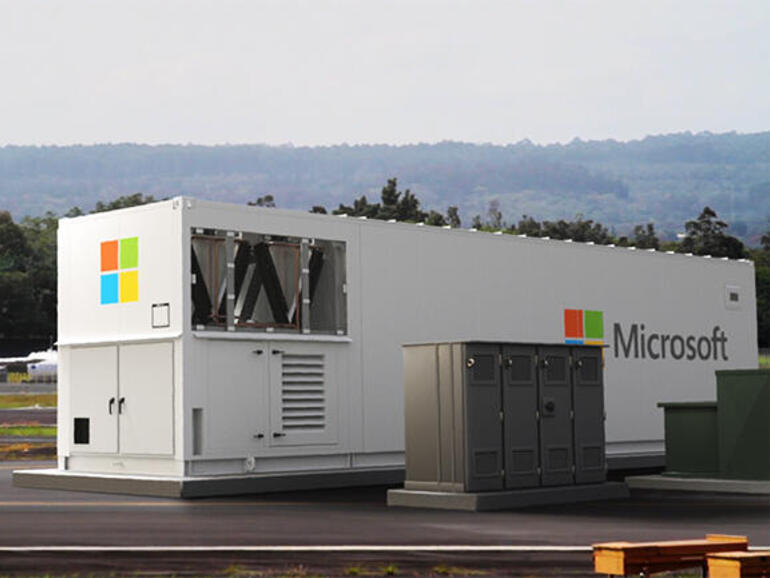 If there’s one thing you can rely on, in today’s world, it’s change. And change often happens fast, leaving you chasing wave after wave of information. Sometimes that change is good: a sudden surge in business demand, or a new scientific discovery. Sometimes it’s bad: a natural disaster, or a global pandemic. But whatever the nature of the change, we’ll need as much compute capacity as we can get in an increasingly information-driven world.

We’ve grown used to quickly dialling up capacity in the public cloud, using its services and servers to quickly roll out capacity as required. But that’s only part of the story: connectivity is also vitally important, providing the ability to push data to and from servers and devices on the edge of the network — be they end users with PCs and smartphones, or IoT sensors collecting data for analysis.

Many of us live in cities in developed nations, where bandwidth, along with compute and storage, is plentiful. But that’s not the case in much of the world, where low-capacity telephone systems hamper connectivity, and where unreliable power supplies make it difficult to build out local capacity. Think of a fishing village in the Philippines, a small town in the Alaskan tundra, or a city struggling to rebuild after a natural disaster.

Putting data on the edge

Rugged edge compute has become an important part of Microsoft’s Azure Stack range, with it initially demonstrating an SUV with a rugged Azure Stack Edge instance at Ignite in 2018. The company has invested in network access technologies that use old, unused, TV broadcast frequencies to provide metropolitan area networking that can be rolled out quickly. There’s clearly a need for technologies like these as part of a modern disaster response, with increasing risk of wildfires and storms, as cities blend into the wilderness and as climate change pushes more and more extreme weather conditions.

Technologies like rugged Azure Stack Edge are only one part of the story, able to support a farm or a business, or power compute for a relief team. There’s a need for a longer-term compute solution for bigger projects, one that can support a city or a regional government, manage a long-term relief project, or add infrastructure for temporary military facilities.

That’s where Microsoft’s new Azure Modular Data Center (MDC) comes into play. Instead of shipping a couple of servers in the back of a truck, the MDC lets you bring in an entire data centre in a box, on the back of a truck, in a military airlifter, or on a ship. Built into a standard 40-foot container it can be installed anywhere there’s suitable power and a concrete pad for the container. Reminiscent of early Azure data centre pods, the containers contain a prebuilt set of Azure Stack Hub systems along with all the supporting infrastructure. All you need to provide is power and connectivity.

Using standard containers makes it easier to manage logistics. The sizes are fixed, which means that you can quickly pour concrete pads for data centre containers, and can add additional units as they’re needed. If need be, you can power an Azure MDC from diesel generators, where you can’t connect to an existing grid. Connectivity can be wired or wireless, and Azure Stack Hub supports local Active Directory, which means you can run in a disconnected mode or with only intermittent connections to the wider internet.

You do need to connect to Azure every 30 days if you’re using a pay-as-you-go billing model, while disconnected deployments have to use a capacity-based plan. Not all Azure Stack features are available in a disconnected MDC, as they rely on checks against the Azure cloud.

Microsoft offers a package that bundles its Azure Space satellite communications system with the MDC, using it as an alternative connectivity path in the event of local outages. Future technologies like SpaceX’s Starlink will remove the need for wired connectivity completely, promising enough bandwidth and low enough latency to support MDC deployments in the most remote locations.

There are three pods of servers in the container, each in two 42U racks with switches and management controllers. These host the Azure Stack Hub hardware, eight ruggedised servers and 48 storage nodes — more than enough compute for most purposes. You’re not paying for this hardware directly though: like other Azure Stack instances, the hardware in an MDC is leased from Microsoft or from a third-party vendor and paid for as its used, with consumption-based billing. All three pods are identical, reducing risk and making it easier to keep a stock of parts if you’re using MDCs where it might take days to receive replacements under normal circumstances.

It’s to Microsoft’s credit that all you really need to do is treat the MDC as just another Azure Stack Hub instance. Microsoft provides a set of capacity planning worksheets to help you define your MDC instances before you deploy them. Knowing what hardware you’re provisioning will help you choose power sources, whether you can work with existing powerlines or if you need to bring generators on-site along with the MDC container.

The capacity planner is an Excel spreadsheet that helps you model the available compute resources in an MDC deployment, based on the available hardware and the virtual machine types. You can do this by choosing either the VM sizes you expect to be using, and how many of each, or by detailing the collections of VMs that go into the applications you intend to use.

Putting Azure Stack Hub in a container makes a lot of sense. It’s a standard size with only power and connectivity needed, so it’s quick to deploy. Then there’s software. As Microsoft likes to point out, Azure Stack Hub is Azure-consistent, and applications written for Azure services, along with its support for IaaS, can quickly get up and running, providing compute where and when it’s needed. Microsoft notes that there’s also space for you to add your own hardware in addition to the Azure Stack systems, treating the container as a physical hybrid cloud.

As the need for high-density compute increases, and with natural disasters becoming more common, the Azure Modular Data Center ticks many of the boxes for government agencies and relief organisations. It’ll be interesting to see them delivering applications and services beyond what we traditionally think of as the edge of the network.

Back to Top
Close Add post
X
Microsoft: We’ve open-sourced this tool we used to hunt for code by SolarWinds hackers | ZDNet…WindowsMicrosoft is open-sourcing the CodeQL queries that it used to investigate the impact of Sunburst or Solarigate malware planted in the SolarWinds Orion…

Microsoft is shipping a data centre in a 40-foot container. What's inside, and what's it for?