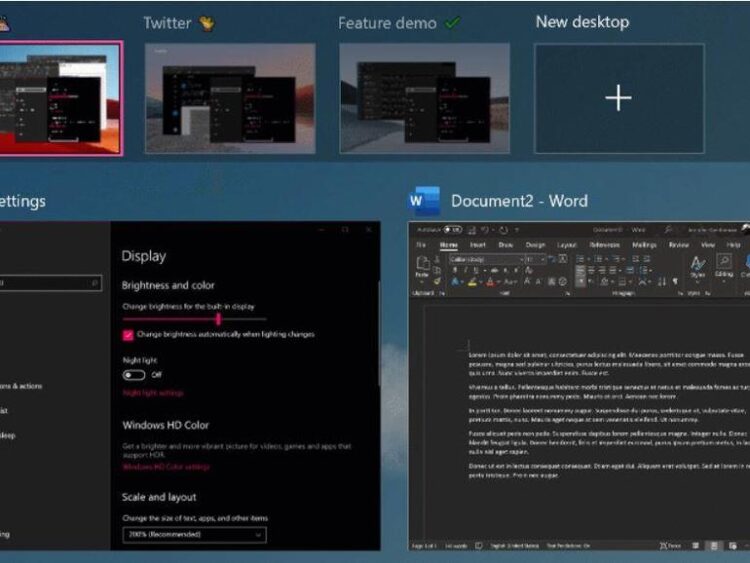 Microsoft released a new Windows 10 Insider test build to the Dev Channel on March 17. As usual lately, that build had a few fairly minor feature tweaks plus a bunch of fixes. But as of this test build (21337), Microsoft also is making some changes around the inbox apps that ship with Windows 10.

In what to me is the potentially most work-disruptive change (just kidding… maybe), Microsoft has changed the icon for Notepad to make it more in keeping with the Fluent style. It also is now making Notepad updatable via the Microsoft Store outside of major OS updates. On the plus side, Notepad has been promoted out of the Windows Accessories folder and given its own place in the Start menu — which is totally justifiable and correct (from this Notepad lover’s perspective, at least.)

In addition, Microsoft is making Windows Terminal, its terminal application for command-line tool users, an inbox app. Updates for Windows Terminal will continue to happen via the Microsoft Store, according to today’s blog post. And the Power Automate Desktop also is now included as an inbox app, which is good news for anyone interested in using robotic-process automation (RPA) to ehlp automate repetitive tasks. Power Automate will be in the Windows Accessories folder. At Ignite earlier this month, Microsoft announced Power Automate Desktop would be available to Windows 10 users for no additional cost.

In terms of the new Windows 10 test build, 21337, Microsoft is enabling testers more control over their Virtual Desktops as of this build. They are able to change their Virtual Desktop backgrounds and reorder their desktops. Today’s build also features a preview of Auto HDR for PC gaming, plus more spacing in the File Explorer layout.

More information on the fixes, updates and known issues in today’s test build are in Microsoft’s blog post on Build 21337.