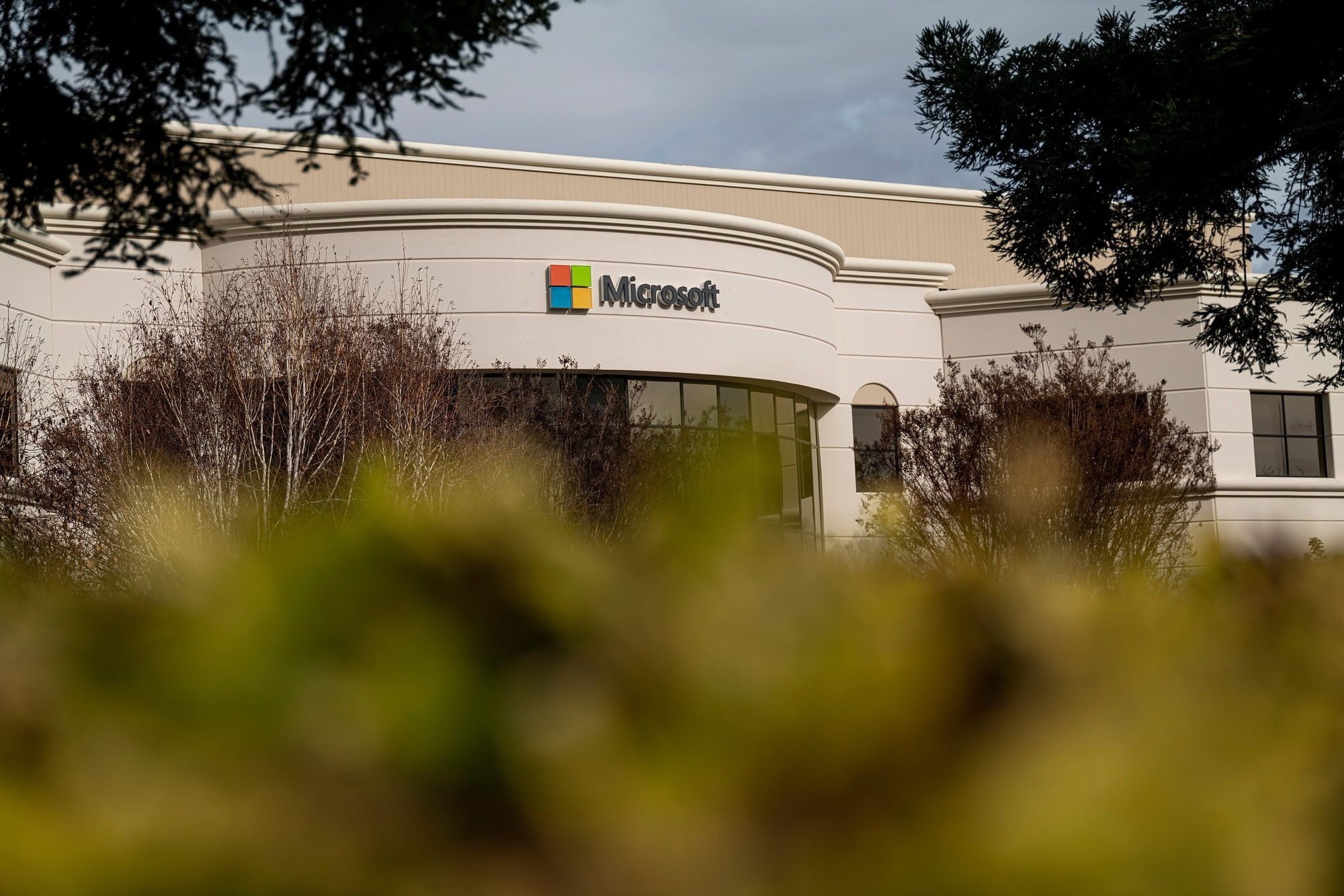 Revenue in the period ended Dec. 31 rose to $43.1 billion, the Redmond, Washington-based software maker said Tuesday in a statement. That exceeded the $40.2 billion average estimate of analysts polled by Bloomberg, and marked Microsoft’s 14th straight quarter of double-digit revenue growth. Net income was $15.5 billion, or $2.03 a share. Analysts had predicted $1.64.

Growth in the company’s Azure cloud-computing division jumped 50%. Microsoft has benefited as many corporate clients have accelerated a shift to the cloud, where they can store data and run applications via the internet, and as businesses set up work teams with online productivity tools and teleconferencing software. Personal-computer sales also surged in the quarter, boosting the company’s flagship Windows operating-system business, while gaming revenue topped $5 billion for the first time in a single quarter.

Microsoft shares climbed about 4% in extended trading following the report. The stock rose 5.7% during the quarter, compared with a 12% gain in the S&P 500 Index. Stock increases earlier in the year left the company with an expanded price-to-future-earnings multiple that is larger than peers like Facebook and Google, said Bloomberg Intelligence’s Anurag Rana.

Sales in each of Microsoft’s three divisions exceeded the average estimates of analysts polled by Bloomberg. Corporate versions of Office 365 cloud-based software saw revenue rise 21% in the quarter, the company said. Seats — the number of licensed users — rose 15% at corporations. Subscribers to the consumer version of Microsoft 365, which combines Office and Windows, increased 28% to 47.5 million, Chief Financial Officer Amy Hood said in an interview.

The pandemic caused some companies to speed up moves to the cloud and upgrades to internet-based collaboration software. Even though the market is growing, Microsoft continues to face competition from Amazon.com Inc.’s AWS and a renewed cloud-infrastructure push at Alphabet Inc.’s Google. Azure’s revenue gain in the recent quarter exceeded the 43% growth rate predicted by analysts, and outpaced the prior period’s increase of 48%. It was a sign of recovery for some customers hurt by the pandemic, Hood said.

“We really saw signs of recovery across industries, improvement in small and medium-sized businesses, and we obviously saw consumption that was better than we thought,” Hood said. “We saw the improvement across a number of the industries that have been more impacted” in Microsoft’s previous two quarters, she added.

Commercial cloud revenue rose 34% to $16.7 billion, the company said in a slide deck on its website. The gross margin, a measure of profitability, for that business widened by 4 percentage points from a year earlier to 71%.

Global PC shipments jumped 26% in the December quarter, according to research firm IDC, with demand fueled by the continued need to work and learn from home. Some of that strength may carry into 2021. Intel Corp., the world’s largest chipmaker, reported results that exceeded analysts’ expectations last week and offered a bright forecast for laptop sales for the first half of the year. After that, a lot depends on whether corporate spending picks up, Intel said.

Microsoft’s earnings report also provided a first look at sales of the new generation of Xbox game consoles, called the Series X and Series S, which hit stores in November and have been sold out ever since. Xbox content and services revenue jumped 40% in the December quarter, Microsoft said, and Xbox hardware sales gained 86%.

As more Xbox consoles become available, it will be clearer how the new machines are faring versus a rival pair of new PlayStations, which have also been in short supply after a November launch.