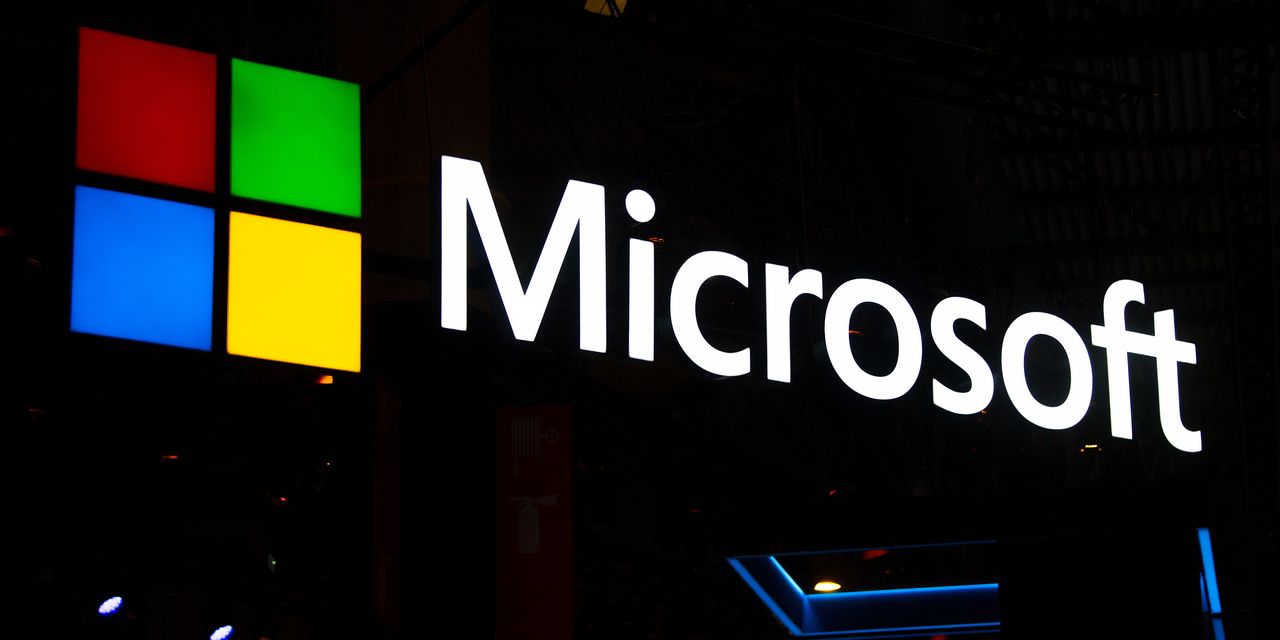 shares are trading higher after the software giant reported better-than-expected quarterly results. The company showed strength across the board, getting a boost in particular from the accelerating adoption of cloud computing.

“What we have witnessed over the past year is the dawn of a second wave of digital transformation sweeping every company and every industry,” CEO Satya Nadella said in a statement. “Building their own digital capability is the new currency driving every organization’s resilience and growth.”

Microsoft’s quarterly gaming revenue topped $5 billion for the first time, driven by 86% growth in hardware revenue for the Xbox, reflecting the launch of a new generation of gaming consoles.

The company saw business accelerate from the September quarter in all three product segments, where revenue also exceeded forecasts.

Sales in the Productivity and Business Processes segment (which includes Office and LinkedIn), were $13.4 billion, up 13%, and above the guidance range of $12.75 billion to $13 billion.

For Intelligent Cloud, which includes cloud platform Azure, sales were $14.6 billion, up 21%, well above the projected range of $13.55 billion to $13.8 billion. Azure revenue was up 50%, up from 48% growth in the September quarter.

Sales in the More Personal Computing segment, which includes Windows and Surface tablets and computers, were $15.1 billion, up 14%, well above the company’s estimate of $13.2 billion to $13.6 billion. That includes a 40% increase in Xbox content and services.

Surface revenues decelerated in the quarter to 3% growth, from 37% in the September quarter; the company said the slowdown largely reflects the year-ago period timing of product launches, and that it would make sense for investors to look at Surface revenues over the course of the two quarters combined.

Microsoft said it returned $10 billion to holders in the quarter, including $6.5 billion of stock repurchases. The company ended the quarter with $132 billion in cash, equivalents and short-term investments, offset by $55 billion in long-term debt.

In today’s regular session, Microsoft closed up 1.2%, to $232.33, giving the company a market value of $1.77 trillion, higher than any company other than

Back to Top
Close Add post
X
Elon Musk, Chamath tweets send GameStop shares skyrocketing; short-sellers foxed…BusinessThe world’s richest man did not do much except a one-word tweet and link to a Reddit page called “Wallstreetbets”.Tweets from Elon Musk and Chamath Pa…