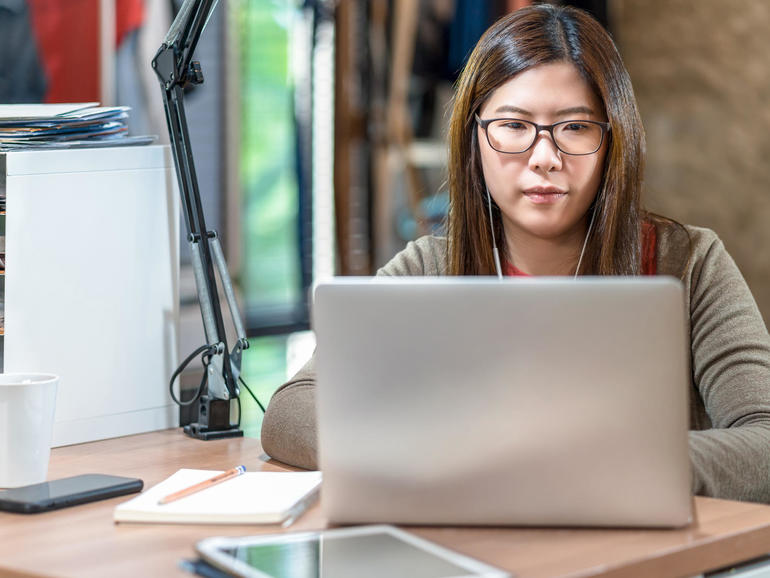 Microsoft Teams live transcription can identify each speaker, and captures audio in “near real time” to provide a record of what’s said during and after the meeting.

“Delivering live transcription with high accuracy, minimal latency, and cost efficiency at enterprise scale has been one of the toughest challenges in the industry,” says Microsoft’s Shalendra Chhabra, the lead on conversational AI for Microsoft Teams meetings.

“Over the last two years we’ve made significant strides in solving this problem and have dramatically improved our models for accuracy using meeting context in real time and cutting edge AI.”

To identify speakers, the Teams live transcription feature uses a meeting’s invitation, participant names and attachments to improve recognition of specific lingo in a meeting and transcribe audio.

The transcriptions appear in a column on the right-hand side of the Teams desktop app and are linked to each participant’s avatar.

The transcription files are then stored in the meeting organizer’s Exchange Online account. Only the organizer and tenant admin have permissions to delete it.

Chhabra assures users that the live transcription service will not allow Microsoft employees to pry on confidential business discussions. Microsoft employees cannot see the meeting’s contents, the models are deleted immediately after each meeting, and Microsoft doesn’t use data from meetings to improve its AI, he says.

The feature is currently only supported on the Teams desktop app and is tailored for US English. A transcript is available on the desktop app in a tile labelled “Meeting Transcript” or via Teams on the web.

In theory, Teams users with a free account can still get live transcriptions by using Teams through Google’s Chrome browser. But, unlike Teams for enterprise customers, Chrome doesn’t create a post-meeting transcript of the conversation. However, Chrome can create captions for locally stored audio and video files on top of social and video sites, podcasts, and radio content.

To use Live Caption in Chrome, users need to go to Settings and click on Advanced in the left menu. The feature can be enabled from the Accessibility panel.