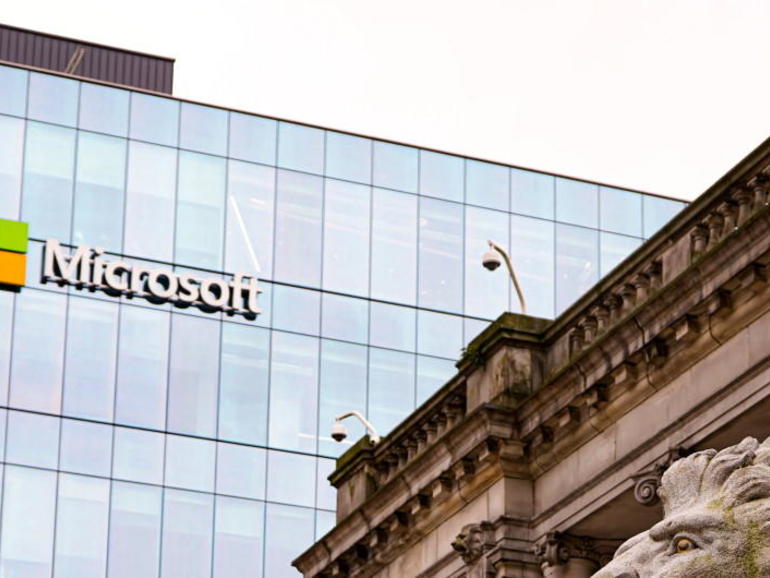 Australia is in the midst of a debate around how best to support local journalism through the pockets of tech giants, with a News Media Bargaining Code awaiting its passage in Parliament.

The current form of the code, among other things, requires tech giants — Google and Facebook in the first instance — to bargain with news outlets for remuneration to display news articles.

According to Google, the code is “unfair”, saying also it puts the “way Aussies’ search at risk”. Google believes it contains an unfair arbitration process that “ignores the real-world value Google provides to news publishers and opens up to enormous and unreasonable demands” and similarly Facebook takes issue with the code, having threatened to pull news completely from its Australian platform.

Google since upped the ante, last month threatening to pull its search engine from Australia.

But Microsoft has thrown its support around the code, with president Brad Smith saying his company is committed to Australia and its news publishers and that it has no plans to pull its search engine Bing from the country, despite not being bound to the directive that Google is.

Smith on Thursday admitted his support of the code has “made for an unusual split within the tech sector”, and that Microsoft has been asked if it would support a similar proposal in the United States, Canada, the European Union, and other countries.

“The short answer is yes,” he wrote in a blog post titled Why an Australian proposal offers part of what’s needed for technology, journalism and American democracy itself.

“As the dust slowly settles on a horrifying assault on the Capitol, it’s apparent that American democracy is in a fragile state,” he said.

“As in so many other instances, technology has been both a positive and negative force for democracy.

“But the last five years have also seen this tool become a weapon, and January 2021 unfortunately saw this come home to roost.”

To Smith, the most remarkable development in recent political history is not that Americans disagreed in 2020 about who to elect as president, rather it is that even after the election, so many disagreed about who had actually won.

He said even after losing 50 lawsuits in a row, former US President Donald Trump waged a sustained campaign that successfully persuaded tens of millions of his supporters that the election was rigged.

“Without this sustained disinformation barrage, it’s hard to imagine that January 6 would have become such a tragic day,” Smith wrote.

But alongside his views on social media’s part in the insurrection, Smith argues there is “another side of this disease, and it’s the erosion of more traditional, independent, and professional journalism”.

“As the 21st Century began, the internet eroded the news business as dotcoms like Craigslist disrupted advertising revenue, news aggregators lured away readers, and search engines and social media giants devoured both,” he said.

“Many other factors have been at work and there is a pressing need for innovation across the news sector. But one thing is clear — the internet and social media have not been kind to the free press.”

Smith said since 2000, newsroom revenue in the United States has fallen by 70%, employment has been cut in half, and more than 2,000 newspapers have closed entirely.

“As we know from our own experience with Microsoft’s Bing search service, access to fresh, broad and deep news coverage is critical to retaining strong user engagement,” he said.

Must read: If Bing is the answer then Australia is asking the wrong question

Pointing to Google generating around $4.7 billion annual from news content, Smith declared news organisations go uncompensated “even while all this traffic fuels platforms that have become profitable tech gatekeepers on which businesses must advertise to reach consumers”.

He called Australia’s approach “innovative”. He also said “dominant tech properties like Facebook and Google will need to invest in transparency”. Smith did not mention Microsoft Australia generated revenue of nearly AU$3 billion in Australia in 2019.

The VP of the company responsible for Windows also said it was hard to negotiate with a monopolist like Google, which is why regions such as Europe have struggled to implement something like Australia is attempting.

“The reaction from Facebook and Google has been dramatic — and this is where we at Microsoft have entered the picture,” he said.

Smith believes Google is hoping the US government will do some of its fighting for it, pointing to the company “successfully” urging officials in Washington to protest the Australians on their behalf.

Initially, the US government wrote in a submission to the Australian Competition and Consumer Commission: “The United States has serious concerns with respect to both the process and the substance relating to this proposal” and said the proposed code “targets two US companies through legislation without first having established a violation of existing Australian law or market failure”. Australian law does not require a violation to occur before a change such as the media bargaining code is legislated.

According to representatives of Australia’s Treasury, the issues made in the initial submission on the laws have been addressed.

“These are now pressing questions for the Biden administration,” Smith adds. “Facebook and Google persuaded the Trump administration to object to Australia’s proposal. However, as the United States takes stock of the events on January 6, it’s time to widen the aperture.

“The United States should not object to a creative Australian proposal that strengthens democracy by requiring tech companies to support a free press.

“It should copy it instead.”

MORE ON THE CODE