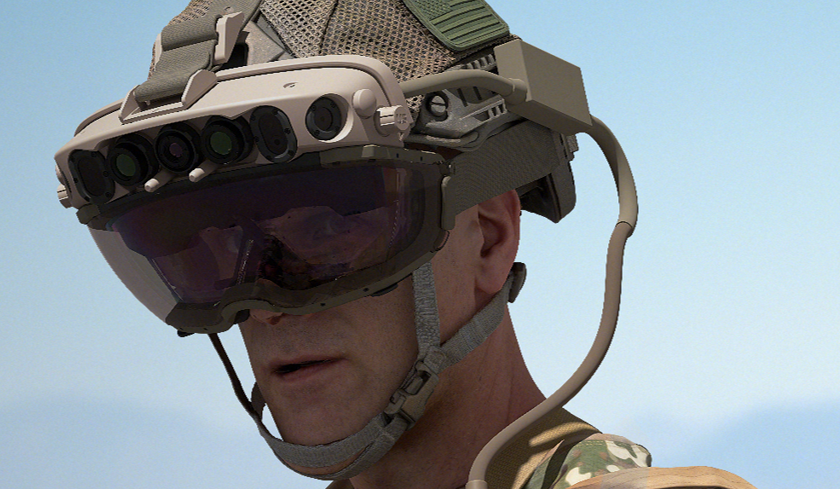 America’s ground-pounders of tomorrow will soon be equipped with custom-built HoloLens headsets as part of a decade-long contract struck between the Department of Defense and Microsoft, the Pentagon announced Wednesday. Per the $21.88 billion deal, Microsoft will supply some 120,000 of its AR units to the US Army.

This announcement follows a $480 million deal between Microsoft and the DoD in 2018 to develop the Integrated Visual Augmented System (IVAS) based on the standard $3,500 HoloLens headset and augmented using Azure Cloud Services. “The program delivers enhanced situational awareness, enabling information sharing and decision-making in a variety of scenarios,” Microsoft Technical Fellow, Alex Kipman, wrote in a Wednesday blog post. Effectively, they’ll enable commanders to share tactical data and targets with soldiers in the field as well provide night vision capabilities.

“Microsoft has worked closely with the U.S. Army over the past two years, and together we pioneered Soldier Centered Design to enable rapid prototyping for a product to provide Soldiers with the tools and capabilities necessary to achieve their mission,” he continued.

Microsoft confirmed to Bloomberg News that the devices will be built in the US, though there is no word yet on when they’ll actually be deployed to members of the U.S. Army Close Combat Force. The announcement comes amid protest and criticism from a cadre of Microsoft employees opposed to the company’s partnership with the US military.