Microsoft wins U.S. Army contract for augmented reality headsets, worth up to $21.9 billion over 10 years 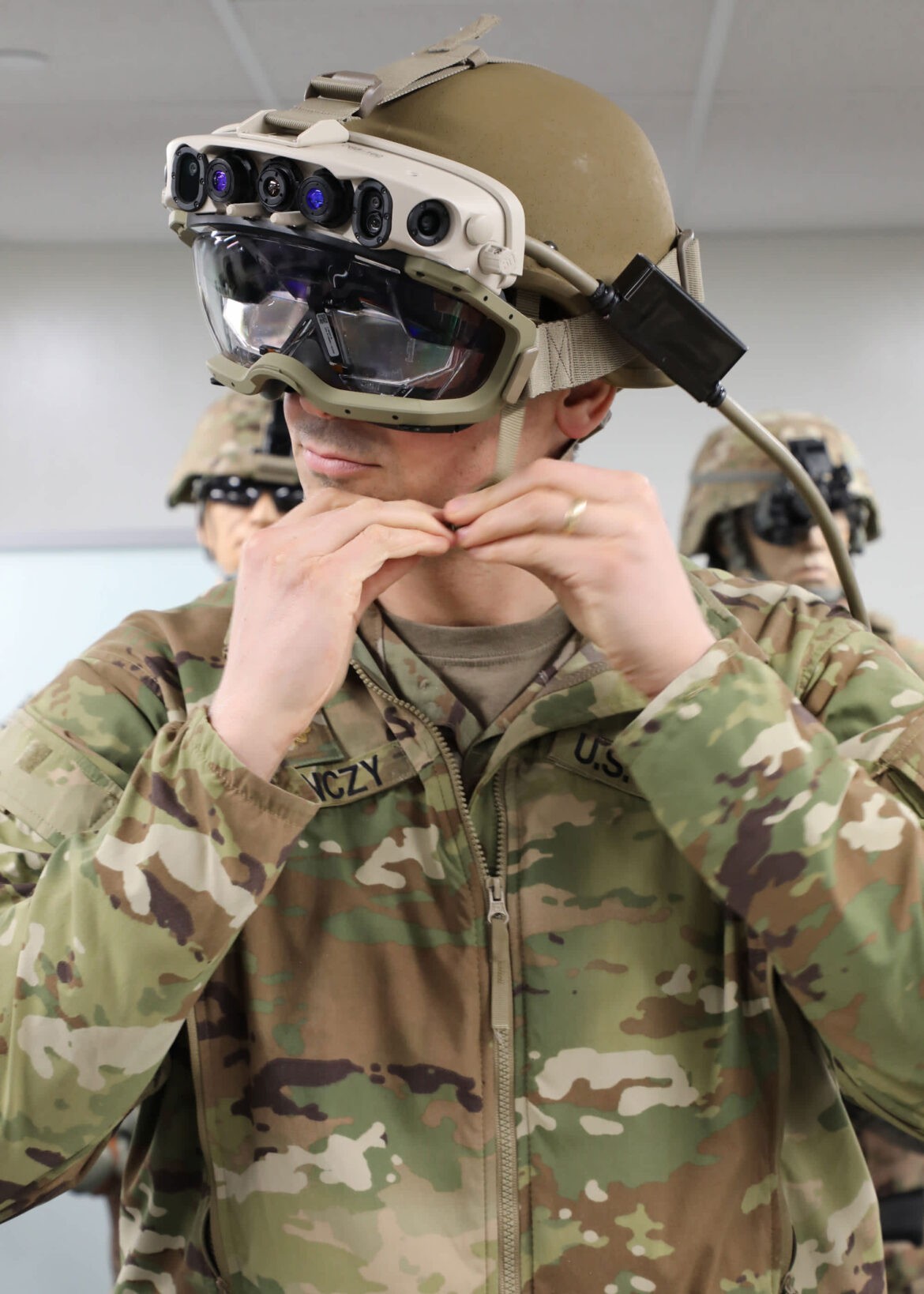 The U.S. Army said Wednesday that Microsoft has won a contract to build more than custom HoloLens augmented reality headsets. The contract for over 120,000 headsets could be worth up to $21.88 billion over 10 years, a Microsoft spokesperson told CNBC.

Microsoft shares moved higher after the announcement. The stock was up 1.7% to $235.77 per share at the end of Wednesday’s trading session.

The deal shows Microsoft can generate meaningful revenue from a futuristic product resulting from years of research, beyond core areas such as operating systems and productivity software.

It follows a $480 million contract Microsoft received to give the Army prototypes of the Integrated Visual Augmented System, or IVAS, in 2018. The new deal will involve providing production versions.

The standard-issue HoloLens, which costs $3,500, enables people to see holograms overlaid over their actual environments and interact using hand and voice gestures. An IVAS prototype that a CNBC reporter tried out in 2019 displayed a map and a compass and had thermal imaging to reveal people in the dark. The system could also show the aim for a weapon.

“The IVAS headset, based on HoloLens and augmented by Microsoft Azure cloud services, delivers a platform that will keep soldiers safer and make them more effective,” Alex Kipman, a technical fellow at Microsoft and the person who introduced the HoloLens in 2015, wrote in a blog post. “The program delivers enhanced situational awareness, enabling information sharing and decision-making in a variety of scenarios.”

The headset enables soldiers, fight, rehearse and train in one system, the Army said in a statement. The contract, which was awarded on Friday, has a five-year base period, with a five-year option after that, an Army spokesperson told CNBC an email. The Pentagon did not immediately respond to a request for comment.

The deal makes Microsoft a more prominent technology supplier to the U.S. military. In 2019, Microsoft secured a contract to provide cloud services to the Defense Department, beating out public cloud market leader Amazon. Amazon has been challenging the contract, which could be worth up to $10 billion, in federal court.

Days later, Microsoft CEO Satya Nadella defended the Army augmented reality project, telling CNN that “we made a principled decision that we’re not going to withhold technology from institutions that we have elected in democracies to protect the freedoms we enjoy.” The Army, meanwhile, has suggested the augmented reality technology could help soldiers target enemies and prevent the killing of civilians.