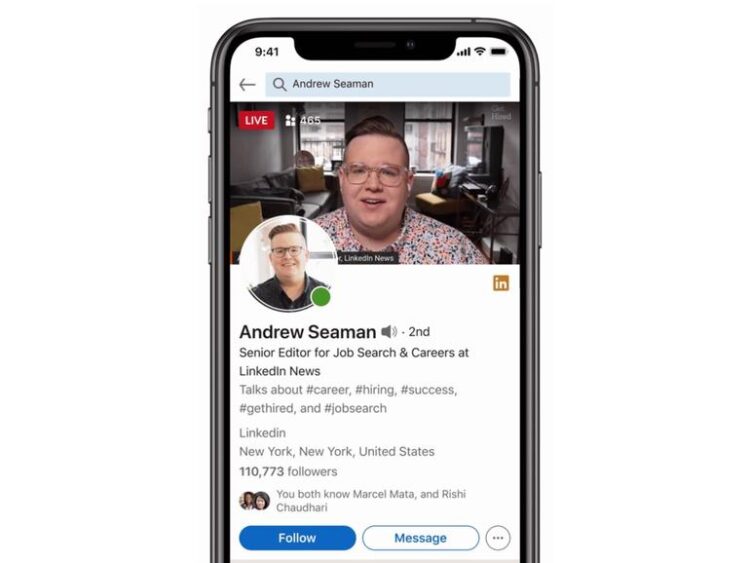 Anyone paying attention to Microsoft can’t help but notice an uptick lately in its executives references to “creators.” This isn’t by chance. Microsoft wants to keep up with the TikToks, Facebooks, Instagrams, Pinterests — all of which have carved out creators’ niches for themselves.

On March 30, as part of its announcement focused on extending its digital skills initiative, Microsoft announced that its LinkedIn subsidiary is adding a Creator Mode to the enterprise social network. Creator Mode is basically the same as Influencer Mode. When Creator Mode is turned on, users will see their Featured and Activity sections move to the top of their profiles. They’ll also see the “Connect” button change to “Follow” in order to “help you engage your community and build a following,” according to LinkedIn’s blog post.

(Microsoft also announced today a new video “Cover Story” tool for those who want to add a video snippet to their profiles. And there’s evidence that LinkedIn could be getting an Audio Rooms feature to go head-to-head with Clubhouse.)

For those of us who have been covering Windows for a while, “creators” is a loaded word. Microsoft christened a couple of its Windows 10 feature updates as “Creators Updates.” At one point, Microsoft was planning to add a number of tools like Paint3D and a mixed-reality site called Remix 3D as a way to further bolster its “creators” message. A couple of years ago, Microsoft execs were claiming that basically everyone — gamers, coders, spreadsheet jockeys, etc. — was a creator.

For a while, Microsoft largely went quiet about creators. But in recent months, the creators messaging is ramping up again. There’s already an Xbox Live Creators program. CEO Satya Nadella has been talking up the idea that past ten years have been more about consumption but in the next phase, there will be more of a balance between creation and consumption. And that balance necessitates products and services that will grow communities and commerce around creation.

When you hear Nadella & Co. talking up creators, Microsoft’s reported interest in buying TikTok, Pinterest and Discord make more sense. Microsoft wants to buy ready-made communities of people  to whom it can try to sell more of its products and services.

It’s also interesting to me that Microsoft seems to be gunning to position LinkedIn, which is a social network focused on business customers, as more of a consumer play. Officials seem to be grouping Microsoft’s “Modern Life” products and services; Bing, ads and news (WebXT) , gaming and now LinkedIn as part of its more consumer-focused solution areas. If you think of “creators” as a conduit for commerce and ads, this makes (at least some) sense.

When Microsoft bought LinkedIn in 2016, officials emphasized that the $26.2 billion deal was all about data and graphs. A lot has changed in the past five years. I wouldn’t go so far as to say that Microsoft now sees LinkedIn only as a way to help grow its consumer-focused businesses. But it’s interesting to watch the pivot….