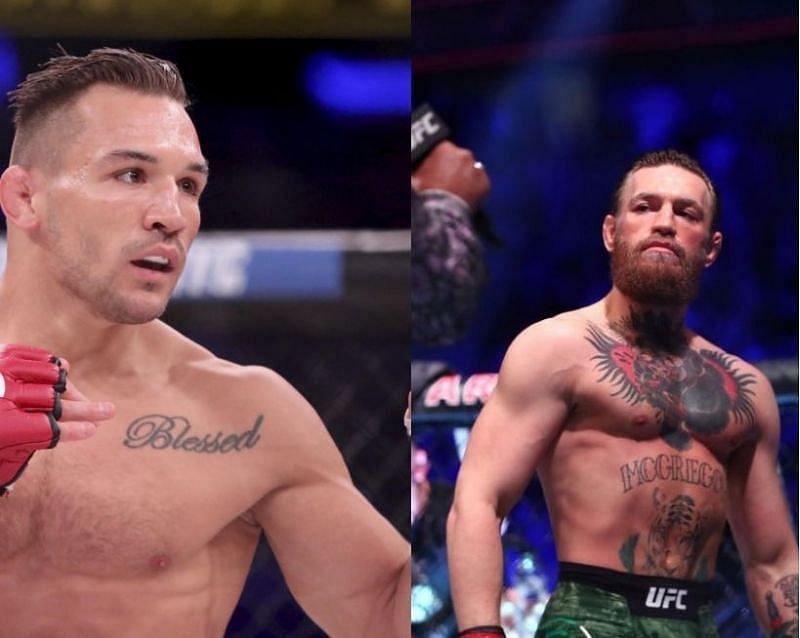 Miesha Tate believes that Conor McGregor should fight Michael Chandler to prove that he deserves a rematch with Khabib Nurmagomedov.

In The Notorious’s last outing, Dustin Poirier defeated Conor McGregor at UFC 257. The loss positioned the Irishman in an uncomfortable situation at the lightweight division, where he is still ranked among the top contenders but has lost two out of his three fights in the weight class.

A former UFC women’s bantamweight champion and current MMA pundit, Tate told ‘MMA on SiriusXM’ that she believes Conor McGregor has to redeem himself from the recent setbacks by facing another challenging opponent instead of taking on an easier fight.

“Conor McGregor has to sink or swim, essentially. Especially after this [defeat to Poirier]. Either you can do it or you can’t. You can’t give him [to fight], somebody that doesn’t… you know, the trilogy with Nate [Diaz] is good. Even though Nate’s not ranked, it has its own merit. But if we take him out of the equation, I’m thinking Michael Chandler,” analyzed Tate. “Michael Chandler because he’s a wrestler, right? So, if [Conor McGregor] could beat [Chandler], [that would] redeem him. Because if he can knock out Michael Chandler and say ‘you know what? It was just ring rust. I just beat a guy who took on Dan Hooker and who knocked him out. Who’s a wrestler. Who couldn’t take me down.’ [It] makes a case for Khabib, if Khabib ever comes back.”

Chandler made his UFC debut on the same night as Conor McGregor’s fight at UFC 257. He launched his run in the promotion with a solid win over Dan Hooker, knocking him out swiftly during the bout’s first round.

McGregor on Chandler: “I thought it was a beautiful knockout… Fair play to him.”

Why Conor McGregor versus Michael Chandler?

Miesha Tate proceeded to explain why she believes that Michael Chandler would be the most suitable opponent for Conor McGregor at this moment in his career:

“That’s a fight that is winnable, and stylistically, if he can do that, it’s very redeeming as well. Either [the UFC] kills [Conor McGregor] or devalues him to where people don’t buy into it anymore. He has to redeem himself, that’s it. And you’re only going to do that by really facing top-5 guys. Or Nate [Diaz]. Nate is the safest bet, I think. Safest as far as, you know, again, coming off a long layoff. I think he’s proven that he can beat Nate and that he figured it out the second time around. But if it’s not Nate, [then it should be] Michael Chandler. That’s where I would put my money. He’s got a lot of momentum, and it would add the credibility back. People could buy-in,” affirmed Tate. “Just think of this: Michael Chandler coming off that big co-main event win; Conor comes in, he beats Michael Chandler. People can buy in at that point that it was a fluke with Dustin [Poirier]. That it was a long layoff, and it just was a mere accident that happened. [That] it was a timing issue. People could buy into it. Then you could build the trilogy with Dustin, who I believe will be the champ at that point.”

Do you agree with Miesha Tate? Sound off in the comments.