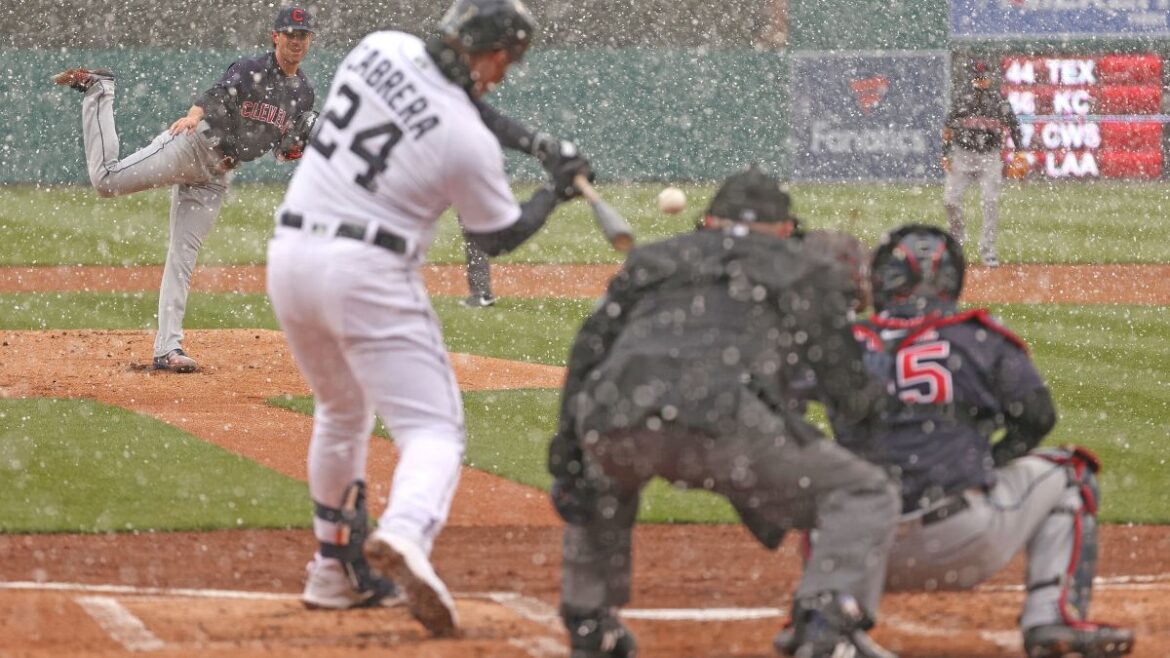 Miguel Cabrera now has 488 career home runs (350 as a Tiger), and it’s possible that none were as unique as this.

In Cabrera’s first plate appearance of the season, he dinged a 93-mile-per-hour pitch to the opposite field for the Major League’s first homer of the 2021, bringing him within 12 of the famed 500 milestone. More remarkably, because of the snow, he couldn’t even tell it went over the right-field wall, so what should’ve been a home run trot included a slide into second base.

Cabrera quickly realized it was a homer and rounded the bases, putting his Detroit Tigers up 2-0. The Tigers dropped the alternative angle in 1,000,000K definition; snow be damned.

Crazy to think that he entered the pros the same year as LeBron James, and they’re both still here, too. James hasn’t had to hit a home run in the snow, though.