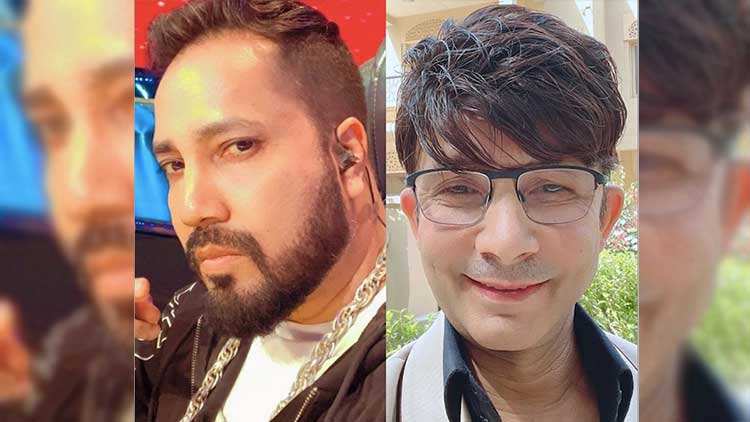 Self proclaimed critic KRK is in highlight these days post Salman Khan slammed a defamation notice against him for his review of ‘Radhe : Your most wanted bhai’. Singer Mika Singh has defended Bhai and lashed out at KRK by calling him a ‘Gadha’ and a ‘Mouse’. Now the singer is recording a song on KRK which is titled as ‘KRK Kutta’.

When asked if he thinks Salman Khan did the right thing by filing a case against KRK, he said,”This thing should have been done long back. I have never told anyone but whenever he said mean things about me, I went to his house and beat him up.”

He further added,”Till the time he is reviewing the film, it is correct. But when he attacks the family members of the stars, talks mean about them. He needs to be given an answer. As I am a singer, I thought I would give him an answer with a song.”

Sharing details about the song, he said,”The song is titled ‘KRK Kutta’. Famous singer  Toshi Shabri is composing it . There will be rap in the song which will be a fitting reply to KRK. I will be recording the song today itself”

When asked if this song would be controversial because of the title, he said,”When KRK talks rubbish, we all keep quiet and listen to him.  I don’t want to say bad stuff on social media and pick-up unnecessary arguments, it wouldn’t look nice. I want to entertain people and make KRK popular, which would make him happy.He wants to be in the news. He wants publicity and now we will give him publicity. This song is our answer to him.”

He further added, “People from Industry should have filed a case on him a long time ago and put him in his place. KRK is hiding in Dubai because he knows the moment he returns he will be bashed up. I am a singer and I am just replying musically, on behalf of everyone.”

Now let us wait for the song to release!