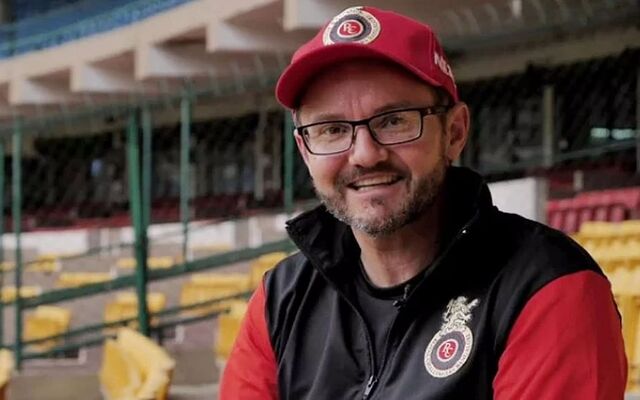 Royal Challengers Bangalore’s (RCB) Director of Cricket Operations – Mike Hesson has picked three uncapped RCB players who can hog the limelight in the upcoming edition of the Indian Premier League (IPL). The Royal Challengers begin their campaign against the defending champions Mumbai Indians in the season opener on April 9.

After bowing out of the playoff in the last season in the UAE, Bangalore have made significant changes to their line-up. Along with a couple of young Indian talents, the Virat Kohli-led side has added global stars like Kyle Jamieson, Dan Christian, and Glenn Maxwell to their ranks. The squad looks better than ever and they will be desperate to bring home the trophy this time around.

Ahead of the start of the tournament, Mike Hesson has named three youngsters  – Rajat Patidar, Suyash Prabhudessai, and Mohammed Azharduddeen to watch out for in IPL 2021. Patidar is one of the most exciting talents around while Azharuddeen grabbed the headlines with his blistering hundred against Mumbai in domestic cricket earlier this year.

“It’s his (Rajat Patidar) first IPL. He’s 27 years old so he understands the first-class system well. He’s a top-quality batsman. He has done well domestically both in Syed Mushtaq Ali and Vijay Hazare. He’s a guy we’ve watched for two years,” Mike Hesson was quoted as saying to Hindustan Times.

“Mohammed Azharuddeen is another one. He’s enterprising, obviously came to the limelight after scoring a hundred against Mumbai in the Syed Mushtaq Ali. It was televised, so everybody must have seen what he can do when he’s at his best,” Hesson stated on Azharuddeen.

On the other hand, Suyash Prabhudessai had an impressive campaign in the Syed Mushtaq Ali Trophy. In 17 T20s thus far, the 23-year-old has scored 357 runs at a strike-rate of 148.13 with a top score of an unbeaten 80. He will add value to Royal Challengers Bangalore’s batting which already boasts the likes of Virat Kohli, AB de Villiers, Glenn Maxwell.

“There have only been four players from Goa to come into the IPL and he’s the fourth. An undoubted finisher. He’s got a full range of shots, plays 360 around the ground. Once again quite small in stature but has a huge amount of power. A very good athlete. As far as fielding is concerned, we’ve improved last year but I think you’ll see an even better performance this year,” Hesson said.