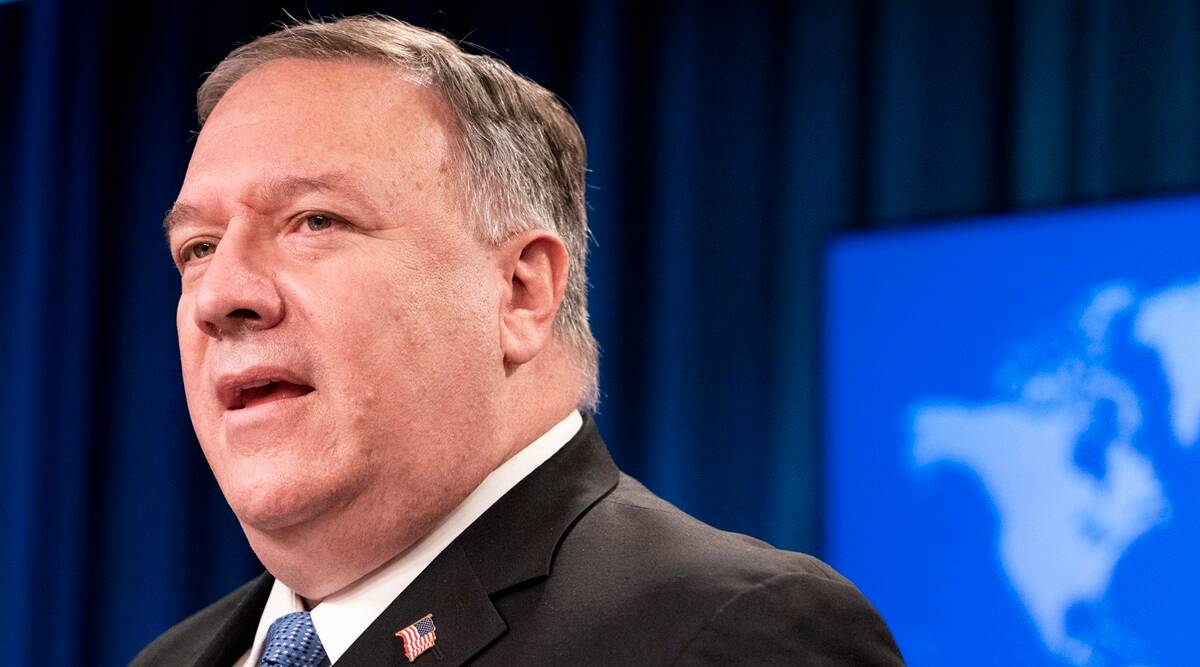 By the time Secretary of State Michael Pompeo was wrapping up a 10-day swing through Europe and the Middle East, he had angered Turkey’s leaders, infuriated the Palestinians and befuddled the French.

It’s a trip that seemed almost calculated to offend — and to burnish Pompeo’s conservative credentials for a possible 2024 presidential campaign. Never one for niceties of etiquette or protocol, Pompeo’s last big tour as America’s 70th secretary of state offered provocations of those who have questioned Donald Trump’s “America First” foreign policy and Pompeo’s role as its No. 1 promoter.

Like President Trump, Pompeo refuses to publicly acknowledge Joe Biden’s victory in the Nov. 3 election. Nonetheless, the seven-nation journey, one of the longest he’s taken as secretary, offered evidence that Pompeo is already looking past the Trump era, chockablock as the trip was with pronouncements likely to make Biden’s life difficult and setting out a platform for his own political future.

“He’s spending his last two months in office trolling the world,” said Shadi Hamid, a senior fellow at the Brookings Institution. “It’s an odd role for the nation’s top diplomat to be playing at a rather sensitive time.”

The trip started in Paris, where Pompeo’s first event — before seeing government officials — was a private meeting with reporters from right-wing French media, including Valeurs Actuelles. It’s a magazine that was roundly condemned as racist — and was put under preliminary investigation by a prosecutor — after printing an image that depicted a Black French lawmaker as a slave in a piece of fiction.

In Turkey, Pompeo proposed that government ministers come to him in Istanbul — they refused — where he met with the head of the Eastern Orthodox Church. Turkish officials called Pompeo’s statement on religious freedom in the country “extremely inappropriate,” while senior State Department officials blamed a scheduling conflict for his failure to travel to Ankara, the capital. In Georgia, Pompeo waded into that country’s election dispute, lending legitimacy to a government that has cracked down on protesters demanding a new vote.

Pompeo hit peak anti-diplomacy by visiting a winery in the Israel-occupied West Bank that once named a red blend after him — with a label that says #madeinlegality — for his pro-settlement stance. Under any previous administration, Republican or Democrat, this would have been forbidden, not least because Palestinian families still claim the land on which the winery was built.

“He visited settlements, drank from the poisoned chalice, sanctioned dispossession,” the left-leaning Haaretz newspaper said in an editorial on Pompeo’s last day in Israel. “These are the last days of Pompeo. How good it is that this is the case.”

Through it all, the question was – why? What was so important that it merited a trip just as France, Israel and other nations undertake new lockdowns in a desperate effort to get the coronavirus under control before Christmas?

The tour was planned well before the U.S. election, and secretaries of state routinely travel in the lame-duck period between election and inauguration. Before the trip, senior State Department officials said it had many goals: honoring the victims of terrorism in France, promoting religious freedom and discussing the diplomatic agreements between Israel, United Arab Emirates and Bahrain.

A senior department official, speaking to reporters on condition of anonymity on Sunday, rejected the idea the trip was a victory lap or aimed at furthering Pompeo’s ambitions. The official described it as important diplomacy even amid the pandemic and said the administration would pursue its policies until it’s not in office any more, whenever that might be.

But there’s never has been a situation like this, as Trump refuses to concede his re-election loss and the coronavirus in the U.S. continues to shatter records.

Two people familiar with Pompeo’s conversations said the people he met with largely avoided the issue of the U.S. elections.

Shortly before he departed the U.S., when asked at a briefing whether he was preparing for a Biden administration, he said, “I’m preparing for a smooth transition to a second Trump administration.” Although it appeared to be a joke, Pompeo was criticized for making light of an election crisis in his own country considering the U.S. often calls out other nations’ voting travails.

Pompeo added, “When the process is complete, there’ll be electors selected. There’s a process.”

As for the officials he met on the road, they seem already to have moved on. French President Emmanuel Macron saw Pompeo for only a few minutes, dropping in for what his office called a “courtesy visit” at the end of Pompeo’s meeting with Foreign Minister Jean-Yves Le Drian. French officials made sure to tell reporters the meeting had taken place at Pompeo’s request.

Throughout his travels, Pompeo avoided any opportunity for reporters to question him about the transition and Biden. He didn’t hold a news conference or a briefing. The State Department blamed coronavirus restrictions.

In fact, America’s top diplomat did virtually no public diplomacy. The only place he offered any public statements was Israel, where he commented three times.

Pompeo traveled by helicopter to a military outpost-turned-tourist stop in the Golan Heights. Near a gift shop and a sign advertising mozzarella pizza, Pompeo got a briefing from retired Brigadier General Avigdor Kahalani, a former tank commander who rebuffed a Syrian attack during fighting in 1973.

“It was all the rage in the salons in Europe and in the elite institutions in America to say that this should be returned to Syria,” Pompeo said of the Golan, without mentioning that successive prime ministers, including the current one, Benjamin Netanyahu, had held secret talks on withdrawing from the area. “Imagine, imagine with Assad in control of this place, the risk, the harm to the West and to Israel and to the people of Israel.”

Pompeo also stopped at a museum that highlights the contributions made by non-Jews to Israel over the years. It’s called Friends of Zion.

“I do see it as another Trump effort to nail down his legacy, but for ‘nail down his legacy’ you could read ‘stick a thumb in the eye of his critics,’” said Kenneth Pollack, a resident scholar at the American Enterprise Institute. “Pompeo may have other things in mind, particularly nailing down his own relationship with Israel for his own future prospects.”

Officials denied that Pompeo was intent on advancing policies that will become booby traps for Biden if he seeks to return to a less one-sided policy on Israel and the Palestinians.

The biggest announcement of Pompeo’s trip was that the U.S. will allow goods produced in Israeli settlements to carry a “Made in Israel” label. Moves like that will be difficult for Biden to undo, subjecting him to criticism from Republicans running for president in 2024 — perhaps including Pompeo — that he’s weak in his support of Israel.

A centerpiece of Trump’s foreign policy has been strengthening ties with Saudi Arabia, so it was fitting that one of Pompeo’s last stops is Neom, the Saudi city that Crown Prince Mohammed bin Salman is constructing in the desert as a testament to Saudi technological advancement.

“I find the trip bizarre, but I think I can explain it in terms of Pompeo’s obeisance to Trump and highlight the issues his boss has pursued,” said Aaron David Miller, senior fellow at the Carnegie Endowment for International Peace and a former Mideast official at the State Department. “It has as much to do with Pompeo’s own politics as it does with a president who is quickly fading in the rear view mirror.”