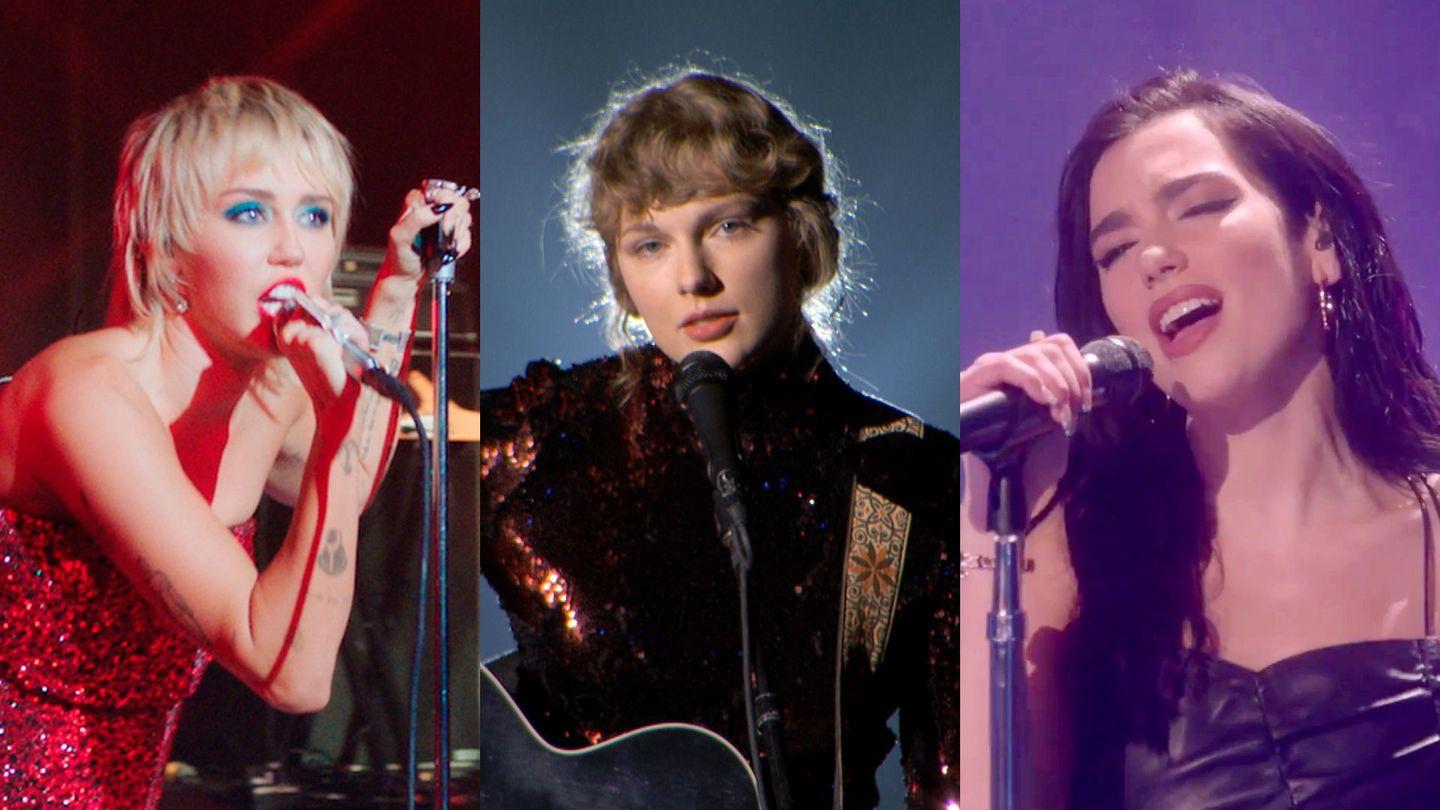 With the release of her latest album, Plastic Hearts, in late November, Miley Cyrus completely reinvented herself as a glam-rock icon, diving into the past as she cleared a path forward in the pop-rock sphere. Expertly wielding the collective power of nostalgia to appeal to even the most casual of listeners — its final tracks include a reworked version of standout single “Midnight Sky” featuring Stevie Nicks and covers of the classics “Zombie” and “Heart of Glass” — Cyrus also mined key moments from her own career to generative new results. And this year, she was not alone.

Prior to the drop of Plastic Hearts, Cyrus announced the launch of MileySpace, essentially an updated version of what her MySpace page would look like in 2020, hosted on her own website. Cyrus relaunched her website to draw attention to the drop of Plastic Hearts, in a MySpace format featuring album art, links to music videos, and album related merch. But ardent fans of the pop star may recognize that MileySpace is more than a savvy marketing ploy; rather, it’s a clever easter egg harkening back to a fans-only experience Cyrus culminated at the end of the 2000s.

In 2009, at the height of her Hannah Montana stardom, Cyrus was beginning to break out as a solo artist, as well, with “7 Things.” During her Wonder World Tour, she unveiled her official fan club, MileyWorld. For $30 a year, fans had full access to behind-the-scenes content and exclusive (and heavily moderated) chat rooms where Cyrus would pop in from time to time to say hello. Every club member would receive an ID card, which featured a toothy headshot of Cyrus as a kid, one of numerous elements from MileyWorld Cyrus evoked in the leadup to the launch of Plastic Hearts. There was also the slogan of the MileySpace relaunch, “a place for Miley’s friends,” referencing how MileyWorld once was. Likewise, Cyrus played on the nostalgia of old school MySpace, changing the mouse image when users scroll, adding music to her “profile,” and loading her “friends list” with collaborators on Plastic Hearts. Well played.

Just as MileyWorld functioned as a promotional avenue for album releases and tours with an quintessentially insider feel — fans would get behind the scenes content from Cyrus’s life, be the first to hear about new album drops and concert promos, one of those cute MileyWorld ID cards, and an overall intimate feel of being Cyrus’s BFF — so, too, is MileySpace. As a Cyrus fan back in the early 2000s, it was so fun to be able to connect with her in a more intimate way through MileyWorld. To see her resurface elements from our childhood brings back warm memories: the glow of the computer screen, for example, as Cyrus responded in a chat room to my question, “What is it like to be a blonde?” (It was “definitely a different experience,” she wrote.)

Similarly, numerous other pop artists plunged into their own archives in 2020 for some artistic archeology. Taylor Swift, Gwen Stefani, Aly & AJ, and Dua Lipa have all dipped into the past (both their personal histories and the shared recollections of pop culture) in their recent respective works, using elements that tug on fans’ heart strings and reward their patience and devotion.

Taylor Swift, in particular, is known for laying out fan-centric clues and Easter eggs throughout her musical and visual work. Her summer surprise album, July’s Folklore and its December sister record Evermore, were littered with self-referential nods. Folklore played on nostalgic elements in its presentation, featuring a stripped-down folk sound harkening back to her earliest country hits, but throughout each song on the album, Swift examines her career in a new light. She finally delves into her relationships and how she used those relationships to shape her music career.

Thus, Swift goes backwards and inwards with Folklore, making fans jump right in as their nostalgia runs high. By releasing Evermore, Swift further utilizes the nostalgia marketing, continuing the introspective look at her career and relationships her fans so closely have followed over the years.

Fans of a certain age probably danced around their bedrooms screaming lyrics from No Doubt’s “Just a Girl” or “Don’t Speak” as teens. In December, Gwen Stefani released her new single, “Let Me Reintroduce Myself,” which plays heavily on themes from her previous records solo and with the band. She adds callback elements of ska as well as a line about “bananas” throughout the song, referencing her 2004 smash “Hollaback Girl.”

Speaking of reintroducing yourself, pop sister duo Aly & AJ have done the same, re-releasing their most popular hit, “Potential Breakup Song,” with a twist. In 2007, the single by the then-teens was a huge pop-rock call-out, but its anger was kept kid-friendly. With this new release, Aly & AJ have reinvented the song, making it explicit with f-bombs and contemporary production, capitalizing on its potency after the song saw a resurgence this year thanks to TikTok.

Nostalgia as a marketing tool is not a new concept, and in fact, Dua Lipa wove it into the very fabric of her latest album itself.  This year’s Future Nostalgia found the pop star immersed in ‘80s dance vibes glossed with a more modern feel. “I wanted to make sure that every song touched on both the future aspects and the nostalgic aspects, to somehow bring something fresh and new to the table, but also something that reminds you of a time,” Lipa told Variety. “In terms of the future, it really is a production, and the lyrics about what’s currently going on in my life. But some of the sonics behind it have that nostalgic reminiscence.”

For fans, this powerful sense of nostalgia lets you revisit your favorite parts of your childhood: younger and simpler times. But for artists, perhaps it is more innately tied to reinvention. Plastic Hearts, while not thematically tied into Cyrus’s past in MileyWorld, is about Cyrus stepping into her power as a rock icon. The past is ever present, and therefore so is MileyWorld — via MileySpace. Now, you can revisit 2009 Cyrus online as you meet 2020 Cyrus via her music. In a year that has forced many people to pause and reflect on their lives, these artists are taking the time to delve into what made them so successful in the first place.