Home EntertainmentBollywood Milind Soman on posting his nude picture: Why not? If you don’t want to follow me, don’t follow me

Milind Soman on posting his nude picture: Why not? If you don’t want to follow me, don’t follow me 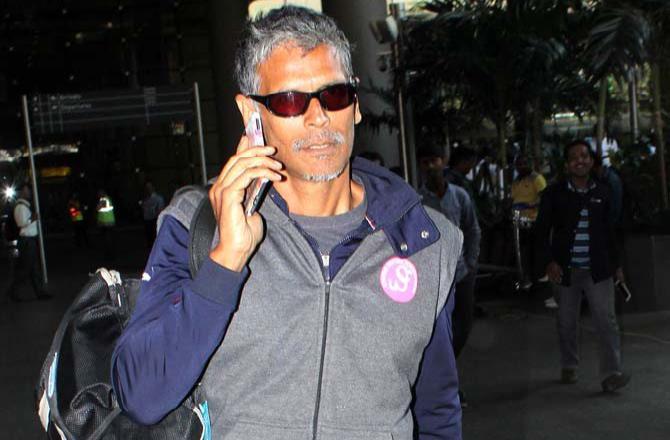 Right from the 90s, Milind Soman has been the epitome of fitness and good looks. The 55-year-old star, who began his career as a model became a household name Alisha Chinai’s Made in India. On social media, Soman has a treasure trove of throwback memories, some of which make it to his Instagram. Usually accompanied by his past experiences as a model and interesting anecdotes from his modeling days.

Recently, one of his picture created a major controversy. On his 55th birthday on November 4, Soman uploaded a photo on Instagram which showed him running nude on a Goa beach with the caption, “Happy birthday to me Y…55 and running ! Y”. @5Earthy (sic)”.

This invited a lot of criticism from across various platforms. The South Goa district police booked Milind for obscenity, a day after the nude photograph went viral. Several celebrities also reacted to the controversy and supported him.

Now, Soman has reacted to the controversy. Speaking to Hindustan Times, the Bajirao Mastani actor said, “Today, the internet is there. Like, when someone tells me, ‘Oh, you uploaded a naked picture!’ Yes, uploaded where? On Instagram, which has not removed it, so they don’t care. If you search #naked on Instagram, there will be more than 10 million photographs. So, you have to decide. You hashtagged naked and pressed the search button, that is your choice. If you don’t do it, you won’t see it.”

“If you know someone who has done naked photography before, he is quite likely to do it again. Why not? Because he doesn’t see anything wrong with it. I have done it commercially, for magazines, for newspapers, I have done it as a model, as an actor, I have done sex scenes. Why wouldn’t I put it on my Instagram page? If you don’t want to follow me, don’t follow me. Some people said, ‘My mother is on Instagram.’ I said, ‘Yes, so she shouldn’t open certain pages.’ Last week, Jennifer Lopez put up a naked picture on her 50th birthday. On Instagram. What do people have to say about that? The fact is, the line is in your head – what is art, what is vulgarity, what is obscenity, and what is not. It is so subjective and it changes every day,” he added.

Also Read: Is This Milind Soman’s Subtle Reaction To His Nude Picture Controversy?

Recently, Milind shared a clip on social media that highlighted a new form of pushups. Dressed in shorts, Milind Soman is seen doing pushups with utmost ease and perfection, making it look like a cakewalk. Take a look:

On the work front, Soman will be next seen in the web series Paurashpur. He plays the character of a third gender Boris who questions the rules of the kingdom and is also the one who starts the revolution. The web series is a magnum opus period drama that showcases the apathy between men and women and the politics that it all entails. It also stars Shilpa Shinde, Sahil Salathia, Shaheer Sheikh, Annu Kapoor, Anant Joshi, Poulomi Das, Flora Saini, and Aditya Lal in the lead roles.

Talking about it in an interview, the 55-year-old actor said, “I like working on interesting and challenging fictional characters, as it allows me to explore a new world every time. I am happy that so many people have appreciated the look of my character, and I hope they love the show too! The entire team has worked hard to create something that the audience is going to experience for the first time from an Indian production.”