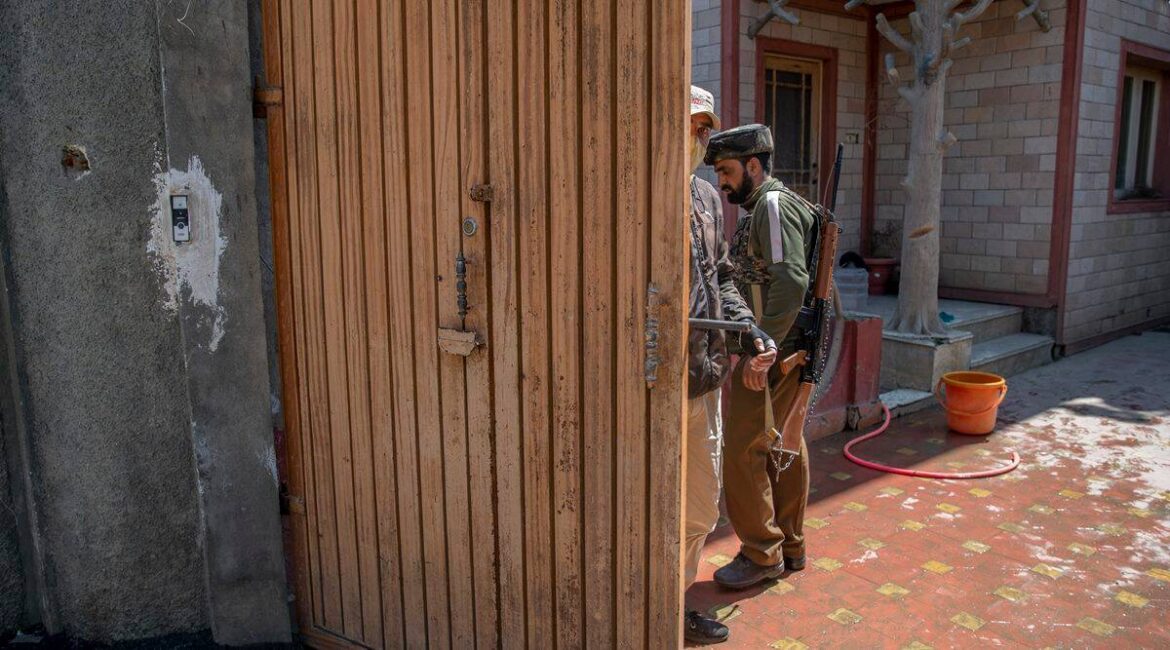 The Jammu and Kashmir police on Friday gunned down three militants involved in the attack at a senior BJP leader’s residence in Srinagar, IGP Kashmir Vijay Kumar said. A police constable was killed in the attack on Thursday morning, and the militants had escaped with his rifle.

The attack took place at the residence of BJP leader Mohammad Anwar Khan at Aaribagh Nowgam on the outskirts of Srinagar — Khan was not in the house at the time of the incident. Police said the militants were affiliated to the Lashkar-e-Toiba and two of them were locals.

An official told PTI that security forces had launched a cordon and search operation in Dobhi Mohalla in Kakapora area this morning when militants fired upon them, leading to encounter. Personnel had recovered arms and ammunition, among other things, from the encounter site, the official added.

Two civilians were also injured in the encounter, and are being treated at a nearby hospital where they are in stable condition. They were identified as Ishrat Jan (25) and Ghulam Nabi Dar (42).

On Thursday, constable Rameez Raja had “sustained grievous gunshot injuries and was taken to hospital where he succumbed to his injuries and attained martyrdom”, the police said.

The attack was the second in Srinagar and third in the Valley in the last week.

— With inputs from PTI