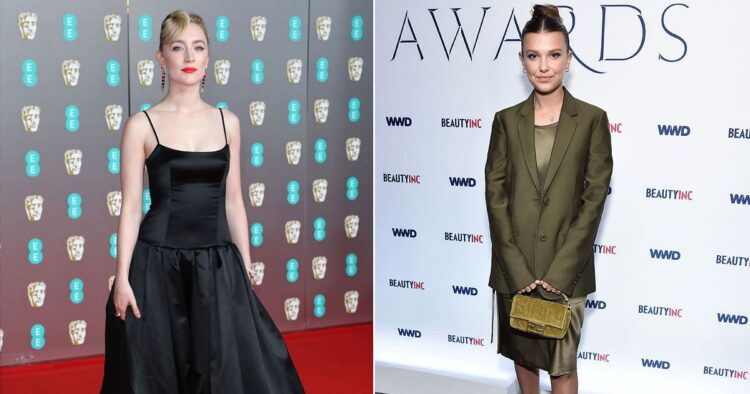 You must be living the lands of the unknown if you are not aware of how hard the Marvel Gods are trying to expand their universe, and create a never-ending effect. A part of the same expanding is also their attempt to bring the real first heroes under their umbrella back. Yes, we are talking about Fantastic Four Reboot. Now, what if we tell you that the studio seems to have zeroed down on their female casting and thought of Millie Bobby Brown and Saoirse Ronan? Follow us!

Millie Bobby Brown’s name coming up for a Marvel movie comes in as no surprise. The latest reports had that the studio is eying her, and she also went on record last week saying she is in talks with many studios. But Saoirse Ronan comes in as a happy shock, and we are totally up for it. But wait, doesn’t the Fantastic Four include just one female character? Read on to know everything about this exciting update below.

As per We Got This Covered, Kevin Feige is trying all he can to create a bigger impact, and with Fantastic Four Reboot he is emotionally too connected. So it is given that he will not let the casting be similar to just another Marvel flick. As per the portal, the makers have zeroed on Millie Bobby Brown and Saoirse Ronan. There is no clarity if it’s both or we are in an ‘either or situation’, but the names are strong contenders to make their Marvel debut.

But there is just one female character in the Fantastic Four clan and she is Sue Storm AKA Invisible Woman. If looked upon closely, Ronan is the closest to her appearance. We don’t know exactly what’s the drill here, but fans are left excited.

How excited are you for the same? Let us know in the comments section below.

Must Read: Chris Evans Would Love To Play Robert Downey Jr’s Iron Man & Paychecks Is One Of Obvious Reasons