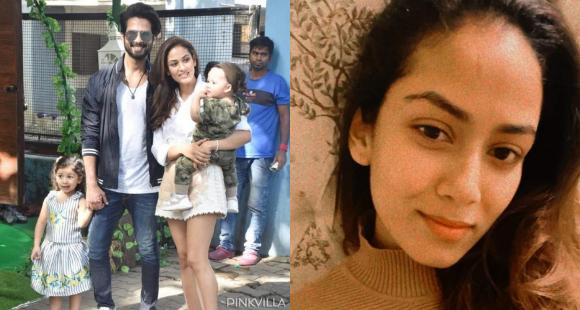 Mira Rajput recently revealed that she underwent a wisdom tooth extraction. With it, she also remembered how Shahid Kapoor was with her during Misha and Zain’s deliveries and that his hands were ‘almost fractured’ due to her.

Shahid Kapoor and Mira Rajput are the poster couple of happiness in Bollywood. The two always manage to light up the internet with their adorable photos with their kids, Misha and Zain. The couple even indulges in social media PDA via comments on each other posts. However, this time, it was Mira who grabbed the attention of netizens as she revealed how she became a reason for Shahid almost suffering multiple fractures during Misha and Zain”s birth back in the day.

Taking to her Instagram story, Mira revealed that she underwent a wisdom tooth extraction. She said that the pain she felt was worse than the one she faced during her labour. Further, she expressed that she was missing Shahid this time. While expressing this, she revealed how his hands suffered during Misha and Zain’s birth and that if he would have been there this time, his hands would have been completely crushed. The star wife won the internet with her story.

Sharing the first photo, Mira wrote, “Had a wisdom tooth extraction today. Made labour pain seem like a yoga stretch. Pictured here wonky and woozy and the only window, where I could manage a smile.” In the second photo, she expressed how much she missed Shahid and wrote, “Also majorly missing @shahidkapoor, whose hands almost had multiple fractures during the two deliveries. They would have been smashed this time.” Shahid is currently in Goa as he kicked off shooting of his web show with Raj and DK. The show also stars Raashi Khanna with Shahid. The actor had welcomed her on board with a selfie. Prior to kicking off shooting, Mira and Shahid enjoyed a vacay in Goa. Photos from their holiday were all over the internet.