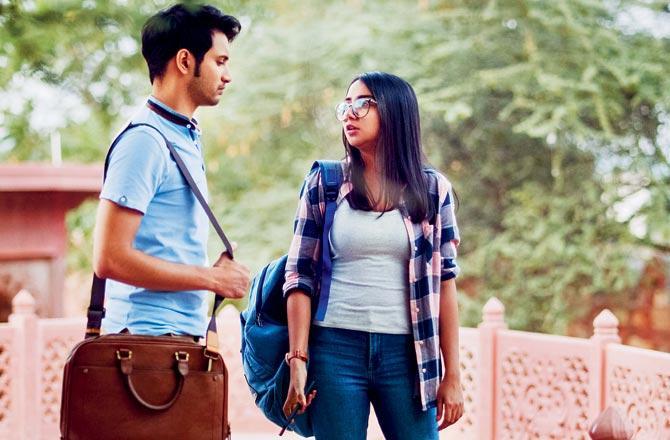 “The show is about young adults, so almost the entire cast comprises kids. I realised I was twice the age of most actors on the set,” laughs the director, admitting that one needs patience when dealing with youngsters. “Since I hail from a theatre background, I have a high threshold of tolerance. I realised they come from a different world. They can surprise and shock you at the same time. On the set, I picked up a new lingo from them.”

As the captain of the ship, Khurana not only worked towards giving shape to the project, but also created a happy environment that encouraged creativity. “I always aim to create an atmosphere that is conducive to team work. When work starts feeling like a job, I run away. I have done so from several corporate jobs.”

Written by Gazal Dhaliwal, the Netflix series is an adaptation of Sandhya Menon’s 2017 book, When Dimple Met Rishi. While the book is set in the US, the writer-director duo decided to reimagine their story in Rajasthan. “We wanted a setting where we could juxtapose the old school of thought with the new-age beliefs, which is the show’s underlying theme. Since I had written the last two films I directed, I consciously wanted to work with someone else’s story this time around,” explains Khurana, who is currently shooting Rashmi Rocket.