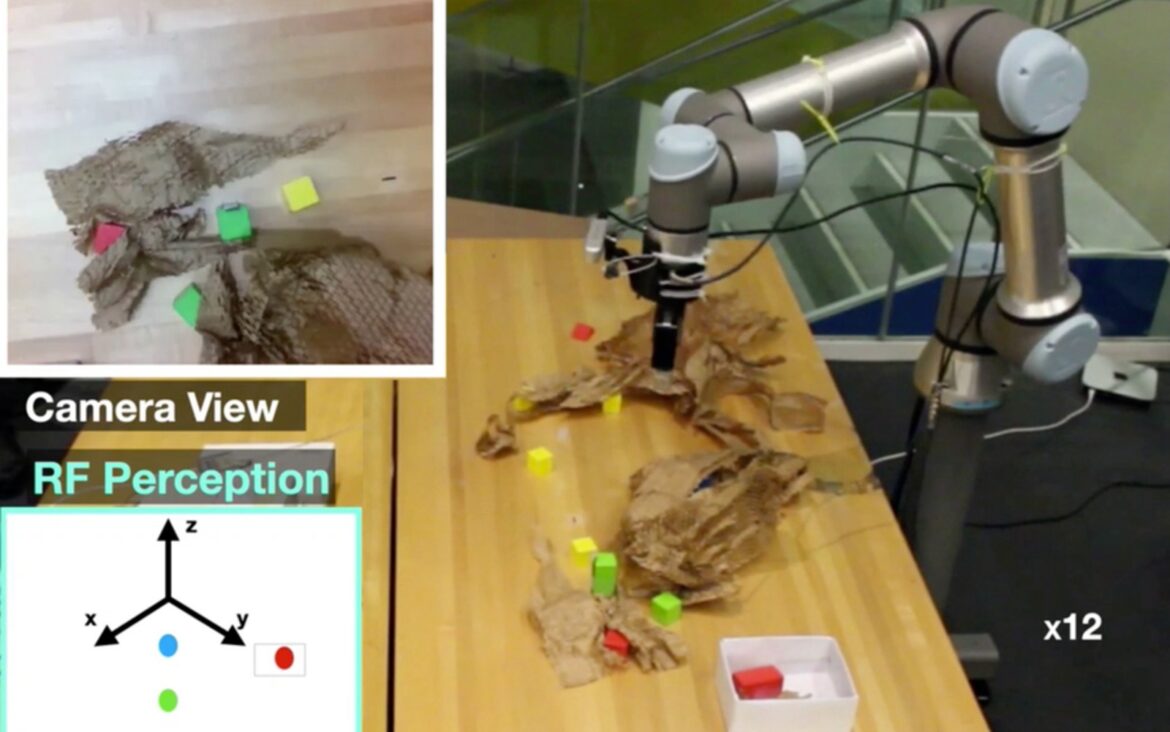 At some point in your life, you’ve probably used a combination of sight and touch to find something hidden beneath your couch cushions. And for a while now, robotics researchers have tried to give their creations that same capability. Back in 2019, a team of scientists from the Massachusetts Institute of Technology (MIT) used a combination of tactile sensors and AI to allow a robot to identify objects by touch.

A separate group of scientists from MIT has now built a machine that can find things it can’t see initially. The aptly named RF Grasp depends on a wrist-mounted camera and an RF reader to hone in and pick up an object. As long an item has an RF tag on it, the robot can find it, even if it’s hidden behind things like wrapping paper.

Unlike your typical university robotics project, there’s a clear use case for this invention too. The team sees RF Grasp helping companies like Amazon further automate and streamline their warehouses. “Perception and picking are two roadblocks in the industry today,” said Associate Professor Alberto Rodriguez, one of the researchers who worked on the project.

The team told MIT News the most challenging aspect of developing RF Grasp was integrating both sight and RF vision into its decision-making process. They compare the current system to how you might react to a sound in the distance by turning your head to pinpoint its source. RF Grasp will initially use its RF reader to find tagged objects, but the closer it gets to something, the more it depends on the information it collects through its camera to make a decision. Compared to a robot with only a visual system, RF Grasp can locate and pick up an object in about half as many total movements. It also has the unique ability to clean up and declutter its working space as it goes about its tasks.

Of course, RF Grasp is only better than traditional picking robots at finding hidden objects when they’re RF tagged. But that’s not as much of a barrier as you might think. As MIT News points out, there’s already a trend in countries like Japan to deploy RF tracking tags in the retail sector. In other words, the technology is already in place for RF Grasp to do its thing.