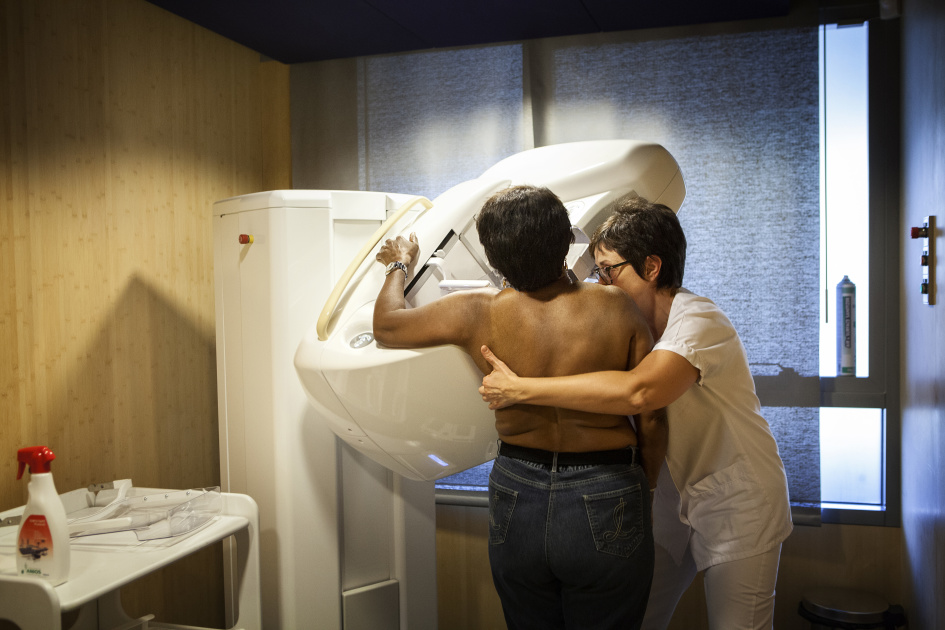 “African American women continue to present with breast cancer at younger ages, and often at later stages,” Salewai Oseni, a breast surgeon at Massachusetts General Hospital, said in a recent press statement. “This, coupled with the higher instance of triple negative breast cancer in this group, has resulted in increased breast cancer mortality.”

Over the past two years, researchers at MIT CSAIL and the Abdul Latif Jameel Clinic for Machine Learning in Health have worked to develop a new deep learning system, able to predict a patient’s cancer risk leveraging only the person’s mammograms, that reportedly works equally effectively regardless of race or ethnicity.

Dubbed “Mirai” (not to be confused with Toyota’s Fuel Cell EV), this algorithm is reportedly able to model “a patient’s risk across multiple future time points,” while taking into account minor variances, down to the brand of mammogram machine the clinic uses, according to a Wednesday release from MIT. Its predictions can be further optimized if other clinical risk factors — such as age or family history — are available.

The CSAIL team initially trained Mirai on a 200,000-exam dataset from Massachusetts General Hospital (MGH) before validating its predictive results on additional sets from the Karolinska Institute in Sweden, and Chang Gung Memorial Hospital in Taiwan. So far, the results are highly encouraging with results suggesting Mirai is “significantly more accurate,” per the release, in predicting patient cancer risks across all three data groups and able to correctly identify nearly twice as many potential cancer cases among high risk groups as the currently employed diagnostic Tyrer-Cuzick model over the course of the study.

To ensure that Mirai’s recommendations were consistent, the CSAIL team de-biased the algorithm by running it through an adversarial network to differentiate between aspects of the mammogram which are important and those caused by minor random environmental variances (like the make/model of mammogram machine).

This could advance the state of oncological science. Modern mammograms still suffer reliability issues, even now 60 years after the technology’s widespread adoption. Experts still disagree on how often women should be screened with some arguing in favor of more aggressive strategies to catch cancerous growths as early as possible while others advocating for longer gaps between routine tests in order to minimize the rates of false positives (as well as keep medical costs down for patients). Mirai will be used to help doctors determine which patients would benefit most (and most equitably) from undergoing supplemental imaging and MRIs based on both the mammogram image and other factors like the person’s age, genetics, family medical history, and breast tissue density.

“We know MRI can catch cancers earlier than mammography, and that earlier detection improves patient outcomes,” Yala explained. “But for patients at low risk of cancer, the risk of false-positives can outweigh the benefits. With improved risk models, we can design more nuanced risk-screening guidelines that offer more sensitive screening, like MRI, to patients who will develop cancer, to get better outcomes while reducing unnecessary screening and over-treatment for the rest. ”

Mirai also takes risk factors that don’t necessarily show up in the mammogram imaging into account, such as the patient’s age, hormone levels and menopausal status. These factors are ingrained during the training phase, enabling the model to predict them based on the given mammogram image, even if the clinician did not manually provide that information.

Moving forward, Mirai could find use in other medical applications to the community’s benefit. While the system may not be able to interpret a patient’s existing imaging result history and integrate them into its assessment, it can build off of any additional X-rays/MRIs supplied to it moving forward. The team is also considering integrating tomosynthesis techniques to further increase Mirai’s statistical aptitude. The CSAIL team has also partnered with researchers at Emory University to further validate the model.

Back to Top
Close Add post
X
HBO Max didn’t expect to have this many subscribers for another two years…GadgetsDuring its Q4 2020 earnings call on Tuesday, AT&T revealed that its streaming subsidiary HBO Max now boasts some 40 million paid monthly subscribe…