Pressboltnews
More
Home Entertainment TV Miz and Mrs Will Air After WWE Raw When it Returns on...
EntertainmentTV 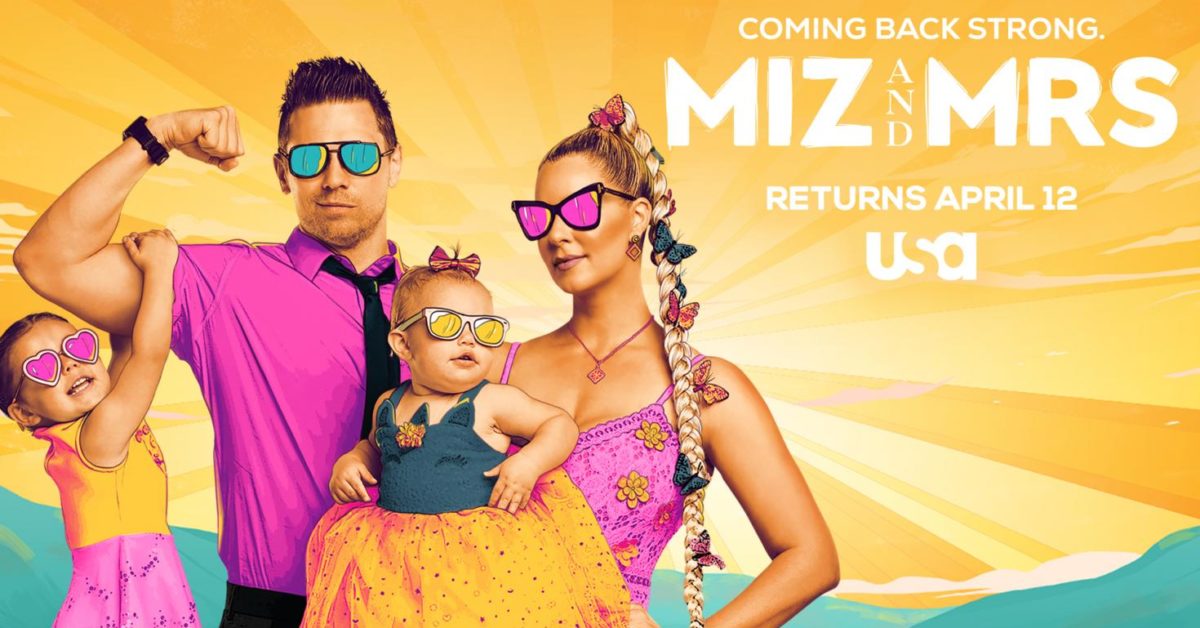 On the heels of The Miz’s shocking Money in the Bank cash-in to win the WWE Championship at Elimination Chamber last night, WWE has announced the return of Miz and Mrs, the reality show starring The Miz and his family. Miz and Mrs will return for the second half of its second season the Monday after WrestleMania, and the show will now air immediately following WWE Raw, which should provide the perfect lead-in.

A press release from WWE.com provides more details on what to expect from the show when it returns:

The Mizanins are back for more Mizchief, mayhem and madness! USA Network’s “Miz & Mrs.” returns on Monday, April 12, at 11/10 C as the second half of season two continues, now following Monday Night Raw.

“Miz and Mrs.” gives an exclusive glimpse into the luxurious lifestyle of The Miz, Maryse and their eccentric family.

In the upcoming six episodes, Mike and Maryse celebrate an anniversary, have a pregnancy scare and think about joining a country club. While that is usually more than enough for a family to navigate, their moms decide they are ready to date, Mike creates a man cave and helps his dad find a hobby, and Maryse launches her Volition Beauty Yaupon Tea Glow-Awakening moisturizer.

The only question is whether The Miz will still be WWE Champion after WrestleMania. It seems unlikely, especially since Miz appeared to be gearing up for a WrestleMania match with Bad Bunny prior to last night’s cash-in. Based on the events of Elimination Chamber last night, Miz dropping the belt so McIntyre and Bobby Lashley can fight over it for WrestleMania seems more likely. But even if Miz isn’t the champ by April 12th, the publicity of a feud with multi-platinum recording artist Bad Bunny should give Miz and Mrs a boost in profile either way.

Texas warns of blackouts as arctic air freezes central US

Karnan First Look & Release Date: Dhanush to be seen in a...

Dear Microsoft, your latest Windows feature may be quite annoying | ZDNet

Money Heist Season 5: Palermo Will Die To Meet Berlin In The Afterlife – Crossover 99