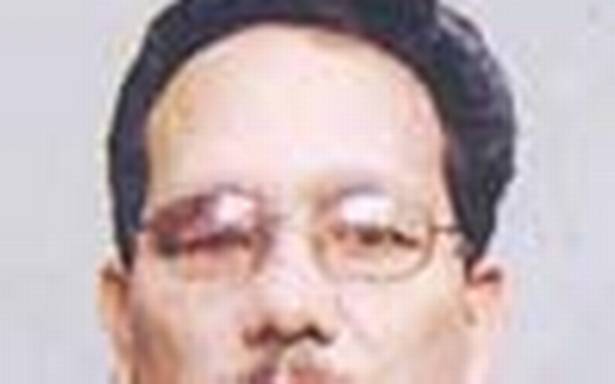 Lalduhoma, a retired IPS officer, was the leader of the opposition representing the Zoram People’s Movement

The disqualification was on the ground that Mr. Lalduhoma had declared himself as a representative of the Zoram People’s Movement (ZPM) despite being elected as an independent candidate from the Serchhip Assembly constituency. “He lost the character of an independent legislator because of the declaration,” Mr. Sailo said.

The disqualification made Mr. Lalduhoma, 71, earn the dubious distinction of meeting the same fate in the Parliament and an Assembly.

In 1988, the former police officer became the first MP to have been disqualified under the Anti-Defection Law for giving up membership of the Congress (I). He was elected to the Lok Sabha uncontested in 1984 as the Congress candidate but fell out with the party leadership.

Prior to the 2018 Assembly polls, the ZNP and five other regional parties formed the ZPM. More of a forum than a party, the ZPM won seven Assembly seats to become the principal Opposition party.

With Mr. Lalduhoma’s disqualification, the ZPM now has six MLAs, one more than the Congress.

In September, 12 legislators of the ruling MNF had petitioned the Speaker demanding Mr. Lalduhoma’s disqualification for allegedly violating the Constitution.

The MLAs alleged that Mr. Lalduhoma, elected as an independent, had breached Para 2(2) of the 10th Schedule of the Constitution by defecting to the ZPM. They also said he had indulged in ZPM activities by attending the party office and inducting new members into the party at functions across Mizoram, which “clearly manifested that he defected to the ZPM”.

The Assembly served a show-cause notice on Mr. Lalduhoma on September 24 seeking an explanation. In his reply to the Speaker on October 8, he denied defection as “I have continuously maintained my allegiance to the ZPM since its formation in 2017”.