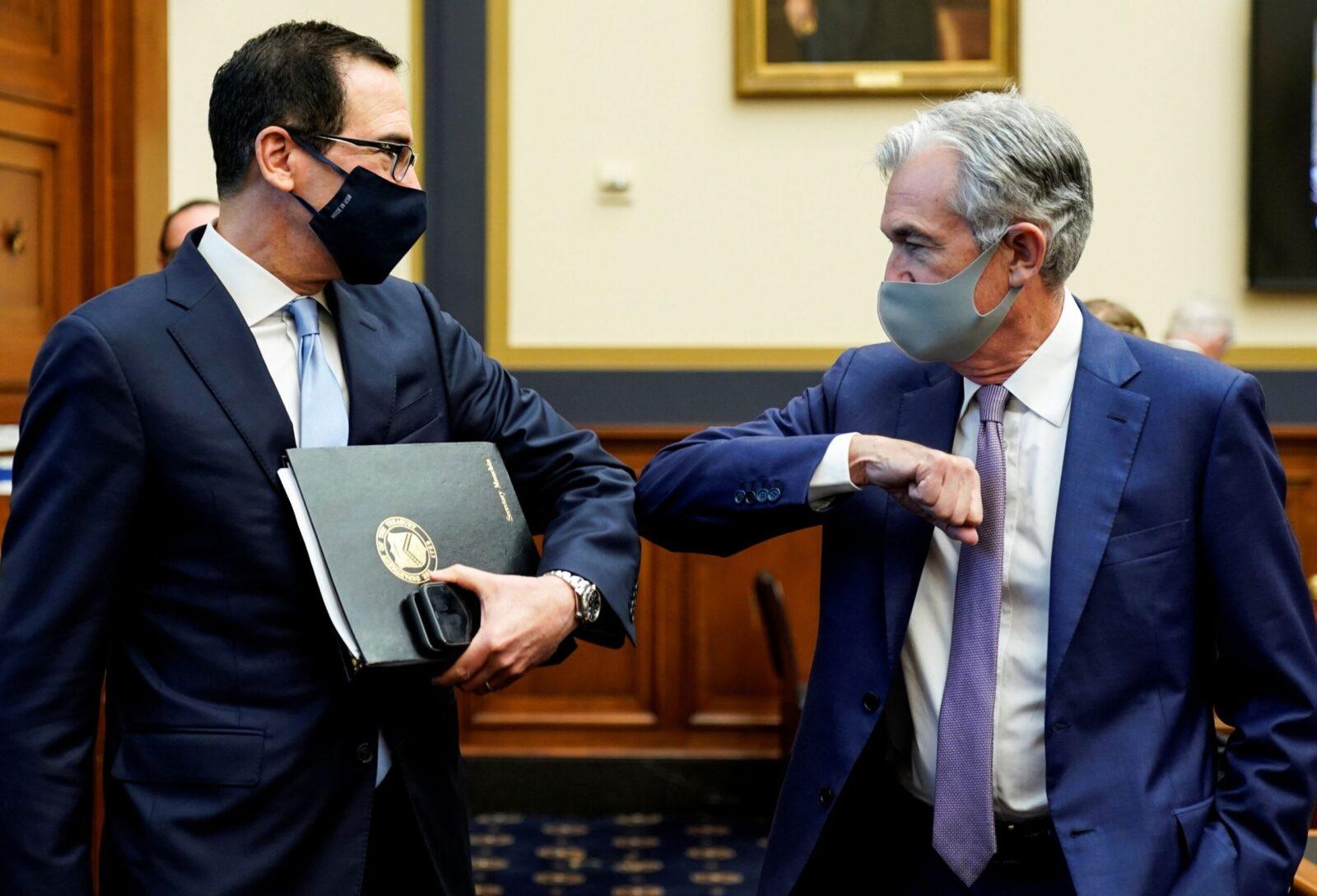 Treasury Secretary Steve Mnuchin’s decision to allow several of the Fed’s emergency lending programs to expire on Dec. 31 will dramatically reduce the central bank’s ability to backstop the financial system.

But people familiar with the situation say the Fed will still have considerable lending power in the event of a shock to the system.

Mnuchin announced Thursday he will not extend the Fed’s programs that used Congress’ CARES Act funds. Created in response to the financial panic that accompanied the lockdowns in the spring, those programs gave the Fed the ability to lend up to $4.5 trillion into various financial markets. Mnuchin argued it was the intent of Congress for the funds to expire.

The Fed, in an unusual statement, made public its disagreement with Mnuchin’s decision, saying, “The Federal Reserve would prefer that the full suite of emergency facilities established during the coronavirus pandemic continue to serve their important role as a backstop for our still-strained and vulnerable economy.”

But people familiar with the decision say that Mnuchin or a new Treasury secretary from the Biden administration could decide to revive the emergency lending programs under a new agreement with the Fed.

About $25 billion of existing equity from the Treasury will be left at the Fed from the CARES Act funds. In addition, the Treasury has about $50 billion in the Exchange Stabilization Fund. Using 10-to-1 leverage — which is what it used for the emergency programs — the Fed will have about $750 billion of lending authority to backstop markets in the event of a disruption.

Congressional approval will not be required. There will, however, have to be a new agreement between the Treasury secretary and the Federal Reserve Board of Governors.

The Fed, so far, has only loaned about $25 billion from the programs that are being shuttered, making the $750 billion fairly sizable in context.

It’s not an optimal arrangement from the Fed’s standpoint, since it would likely require some new shock to the financial system to precipitate restarting the programs. The Fed had hoped to avoid that shock by keeping the programs in place. But the money would be there if it was needed.

Returning the unused $429 billion from the Fed to the general fund creates an already-funded pot of money that Congress could decide to use to bolster extended unemployment benefits or to provide additional loans or grants to small businesses. There’s an addition $135 billion of unused money already funded from the Paycheck Protection Program. A new relief package could include new money appropriated by Congress as well, but a big portion of it is already funded.

The biggest loser seems to be midsize businesses that appear to have just begun taking up loans in the Fed’s Main Street Lending Facility. Terms for the facility had recently been amended to allow for smaller loans of as little as $100,000. It will likely close to new lending in a couple weeks and can only be restated with agreement between the Fed and the Treasury.

The U.S. Chamber of Commerce criticized Mnuchin for that very reason, saying: “A surprise termination of the Federal Reserve’s emergency liquidity programs, including the Main Street Lending Program, prematurely and unnecessarily ties the hands of the incoming administration, and closes the door on important liquidity options for businesses at a time when they need them most.”

Mnuchin did extend for 90 days three programs that did not use CARES Act Funds, including facilities that backstopped commercial paper and money markets.