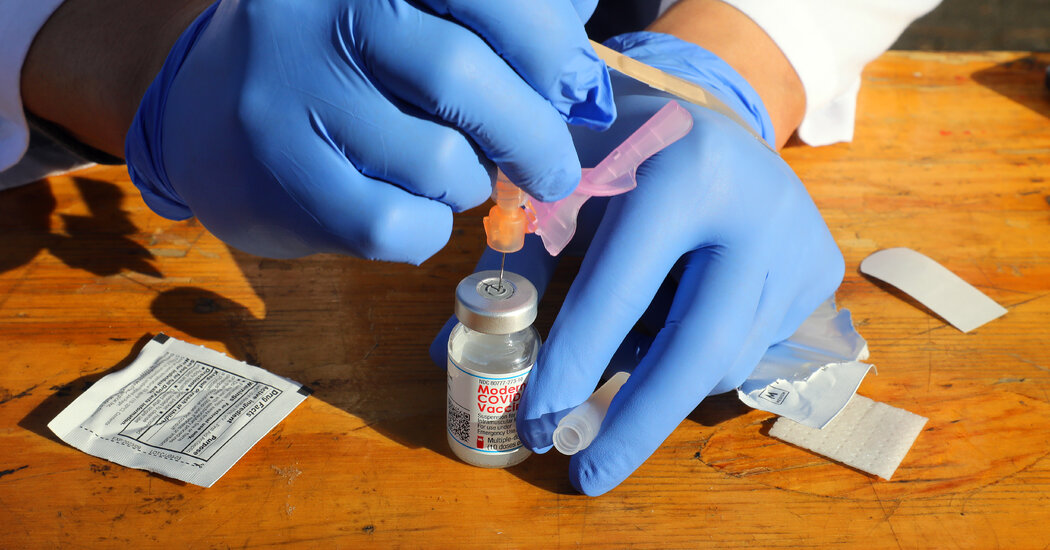 “We’re doing it today to be ahead of the curve should we need to,” Dr. Tal Zaks, Moderna’s chief medical officer, said in an interview. “I think of it as an insurance policy.”

Moderna reported findings from a study that used blood samples from eight people who had received two doses of the vaccine, and two monkeys that had also been immunized.

The British variant had no impact on the levels of neutralizing antibodies — the type that can disable the virus — produced after vaccination. But with the South African form, there was a sixfold reduction in those levels.

Even so, the company said, those antibodies “remain above levels that are expected to be protective.”

The results have not been published or peer-reviewed yet, but have been submitted to bioRxiv, which posts preliminary studies online.

The company’s action is part of a race to control a shape-shifting virus that has already created global havoc and now threatens to mutate in ways that will make it even harder to fight.

Several new variants of the virus have emerged, with mutations that worry scientists. A form first detected in Britain is about twice as contagious as the virus identified in China a year ago, and researchers have begun to suspect that it may also be more deadly.

Other variants with different mutations have arisen in South Africa and Brazil, and preliminary studies in the laboratory suggested that those forms may have some degree of resistance to the immunity that people develop after recovering from the infection or being inoculated with the Moderna or Pfizer-BioNTech vaccines.

The British variant has been found in at least 20 states, but the Brazilian and South African versions have not been detected in the United States.

Dr. Zaks said that the new version of the Moderna vaccine, aimed at the South African variant, could be used if needed as a booster one year after people received the original vaccine.

The need for such a booster may be determined by blood tests to measure antibody levels or by watching the population of vaccinated people to see if they begin falling ill from the new variant.

“We don’t yet have data on the Brazilian variant,” Dr. Zaks said. “Our expectation is that, if anything, it should be close to the South African one. That’s the one with the most overlap. New strains will continue to emerge and we’ll continue to evaluate them.”

Noting that Moderna took 42 days to produce the original vaccine, he said the company could make a new one “hopefully a little faster this time, but not much.”

Discussions with regulators about what would be required to bring a new version of the vaccine to the public were just starting.

This developing story will be updated.