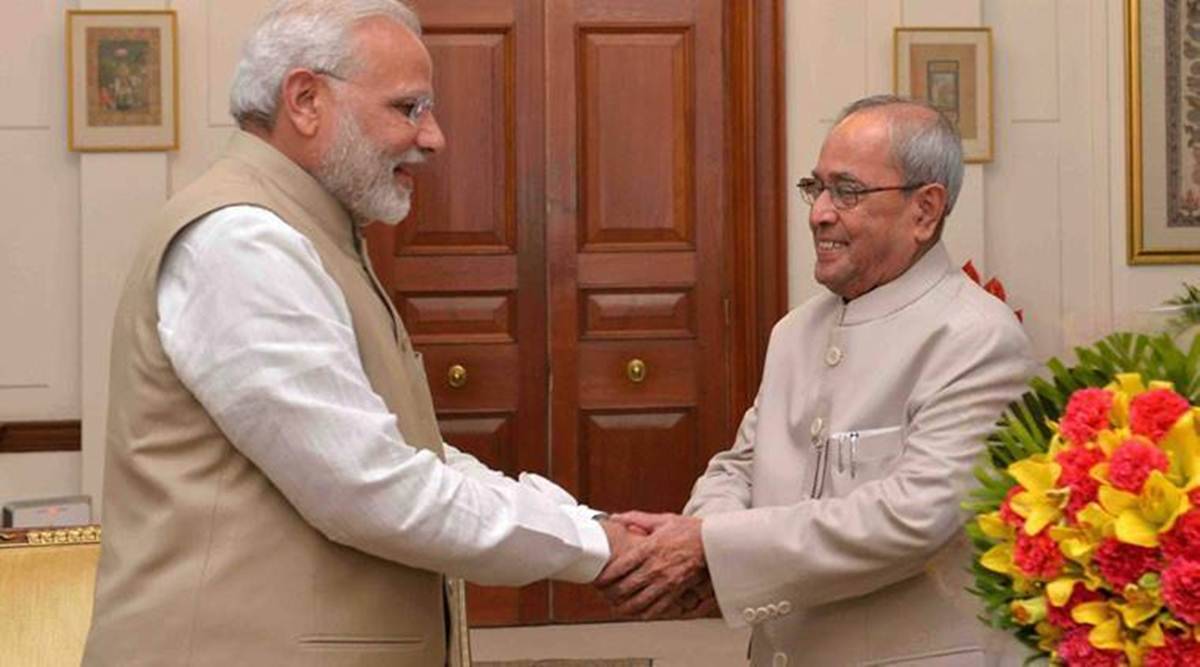 “He would send me a letter in which the core points of our bilateral relations were mentioned. It was a practice initiated by PM Modi,” Mukherjee wrote in his book – The Presidential Years.

He disclosed that ahead of his visit to Russia in 2015, “I was advised by PM Modi to have detailed discussions with (President Vladimir) Putin on aspects ranging from civil nuclear cooperation and space to the process of delivering defence hardware, including Sukhoi-30 and other sensitive equipment, as well as higher education.”

Mukherjee also believed that Modi “earned and achieved the prime ministership” unlike his predecessor.

“The route to prime ministership for the two PMs I worked with was very different. Dr (Manmohan) Singh was offered the post by Sonia Gandhi; she had been chosen as the prime ministerial candidate by the Congress Parliamentary Party and other constituents of the UPA, but she declined the offer,” he wrote even while noting that Singh had “determination”, “a strong sense of propriety” and possessed a “steely willpower”.

“He (Singh) did well as a PM. Modi, on the other hand, became PM through popular choice after leading the BJP to a historic victory in 2014. He is a politician to the core and had been named the BJP’s prime ministerial candidate as the party went into campaign mode. He was then Gujarat’s CM and had built an image that seemed to click with the masses. He has earned and achieved the prime ministership,” he wrote.

Interestingly, Mukherjee expected a “hung Parliament” in 2014 with the BJP emerging as the single largest party with about 195-200 seats and he was preparing to invite the Congress even if it had fewer seats but promised a stable government.

In the event of a hung Parliament, Mukherjee wrote, “It would have been my constitutional responsibility to ensure stability. Had the Congress emerged with fewer seats but promised a stable government, I would have invited the leader of the party to form the government, keeping in mind their previous track record in managing coalition governments successfully.”

“This would have been in contravention of the convention established by the former president, Shankar Dayal Sharma, of inviting the single-largest party to form the government. He had invited Vajpayee to form the government after a hung House in 1996, despite lack of clarity on Vajpayee’s numbers. I was convinced even before the 2014 elections that I would not be neutral between stability and instability.”

According to Mukherjee, he was “greatly relieved over the decisive mandate” and was disappointed at the same time over his “one-time party’s performance”.

Modi made an impression on Mukherjee at his first meeting itself when the PM-designate met him formally along with senior BJP leaders to stake claim for formation of government. “I congratulated Modi, who requested for some time to speak with me. Using a newspaper clipping that had reported on my earlier speech (2014 Republic Day address) hoping for a politically stable mandate, he asserted that he had achieved the objective of a clear majority that I had envisaged. Thereafter, he requested for a week’s time before the swearing-in ceremony. I was surprised at his request. He insisted that he needed time to address the issue of his successor in his home state, Gujarat. He, however, confirmed to me that he had no such problems in cabinet formation at the Centre.”

Modi also sought Mukherjee’s advice on his plan to invite SAARC heads of state for his swearing-in ceremony. He says he complimented him on the idea and advised him to discuss it with the head of the Intelligence Bureau, owing to the enormous security risks facing leaders of Afghanistan, Pakistan and Sri Lanka.

“When Narendra Modi took over as PM, he had absolutely no experience in foreign affairs. As the CM of Gujarat, he had visited some countries, but those visits were limited to engaging for the good of his state, and had little to do with domestic or global foreign policies. Foreign policy was, therefore, a truly uncharted territory for him. But he did what no PM had attempted before: invite the heads of government/state of SAARC nations to his oath-taking ceremony in 2014 — and this included Pakistan’s then PM, Nawaz Sharif. His out-of-the-box initiative took several foreign policy veterans by surprise,” he wrote.

Mukherjee went on to praise some of Modi’s foreign policy initiatives. “It was evident that one could expect the unexpected from Modi, because he had come with no ideological foreign policy baggage. He was to continue with these surprises,” he wrote even while disapproving the Prime Minister’s surprise stopover in Lahore in 2015.

He, however, noted that the Land Boundary Agreement with Bangladesh, a long-standing issue between the neighbours, was resolved by the Modi government. Besides, India’s ties with countries such as Japan, Israel and neighbours like Maldives saw an improvement. He also made a mention of Nepal, saying after the massive earthquake of 2015, “PM Modi had moved swiftly to provide assistance, declaring a huge relief and rehabilitation package for the quake-devastated regions.”

According to Mukherjee, the Prime Minister wanted him to address the midnight gathering of Parliament to roll out the GST. The function was on the intervening night of June 30-July 1. Mukherjee’s term as President came to an end three weeks later on July 25. “I had a telephonic conversation with him, during which he insisted that as an individual, I had done my best for three-and-a-half years to get the bill passed, and as President of the Republic, the deal would be approved with my signature of assent. It would be a historic coincidence if I addressed the joint session of Parliament assembled at midnight at the Central Hall on 30 June. I agreed,” he wrote,