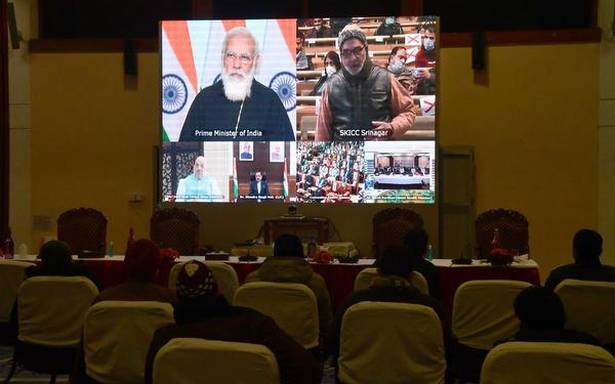 Union home ministry had been urging polls on the Puducherry administration to hold polls for the last 10 years but it hasn’t happened.

Prime Minister Narendra Modi on Saturday gave a very public nudge to the Puducherry administration for not facilitating local body polls in the Union Territory even as he commended the successful conclusion of District Development Council (DDC) polls in Jammu and Kashmir.

He made this point during his address launching a government health insurance scheme – PMJAY-SEYHAT for Jammu and Kashmir.

“Jammu and Kashmir has proven its confidence and faith in democracy but in the hand I want to attract the attention of the country to another fact- despite a Supreme Court order, local body polls haven’t been held in Puducherry,” he said.

The SC had ordered in 2018 that local body polls be held in Puducherry where polls hadn’t been held since 2006, that too after 38 years. The terms of those local bodies came to an end in 2011.