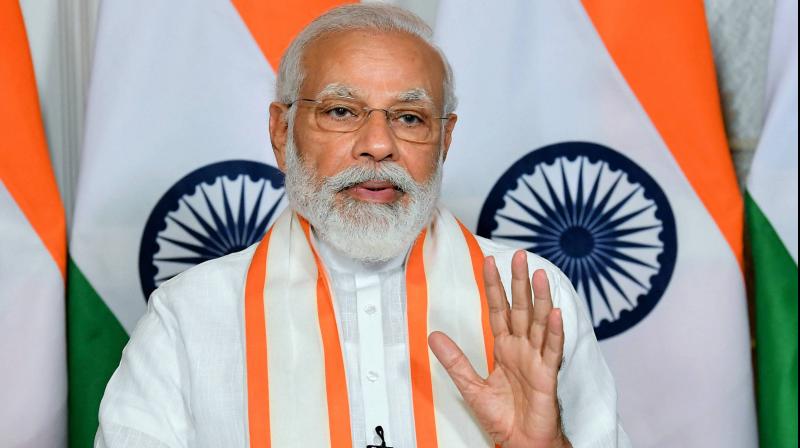 New Delhi: Prime Minister Narendra Modi is likely to visit Trinamul Congress-ruled West Bengal next month, on January 23, to commemorate the birth anniversary of legendary freedom fighter Netaji Subhash Chandra Bose. With the Modi government setting up a high-level committee to mark the year-long commemoration of Netaji’s 125th birth anniversary in 2022, headed by Union home minister Amit Shah, Mr Modi’s visit is expected to boost the BJP’s poll prospects in the state, where crucial Assembly polls will be held early next year and the saffron party is in full gear for the electoral battle.

The PM had virtually addressed the centenary celebrations of Visvabharati last week when West Bengal CM Mamata Banerjee had claimed she was not invited. After this, an invite dated December 4 by the university vice-chancellor to her was circulated on the social media by many BJP leaders, who accused her of giving more importance to politics than the legacy of the university’s founder and Nobel laureate Rabindranath Tagore.

With the Assembly polls due soon, the TMC and the BJP are engaged in a bitter fight and many TMC leaders are joining the saffron party, which has significantly increased its organisational and support base in the state.

Ahead of Mr Modi’s visit, home minister Amit Shah will also visit the state on January 12, the birth anniversary of Swami Vivekananda, whose ancestral home he had visited during his last visit to the state this month. BJP president J.P. Nadda is also due to visit the state on January 9. On his last visit earlier this month, the convoy of Mr Nadda and other senior BJP leaders had come under attack, allegedly by TMC workers.