Home News ‘Modi, like RSS, is not dogmatic on economy. But he is close to a Gandhian socialist’

‘Modi, like RSS, is not dogmatic on economy. But he is close to a Gandhian socialist’ 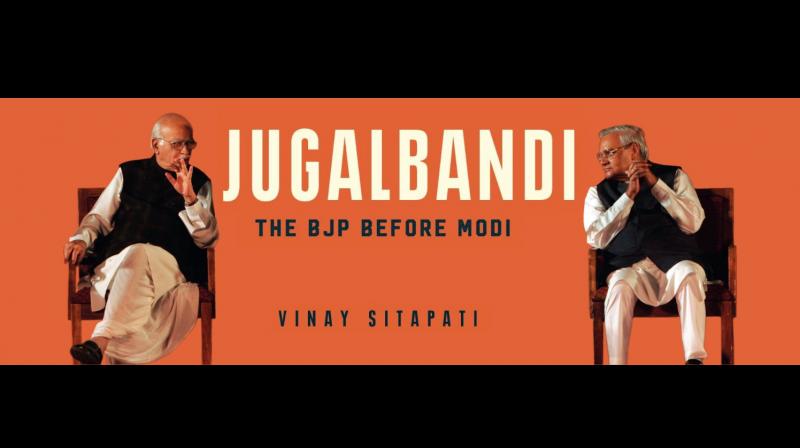 The economics of the Sangh parivar and of Prime Minister Narendra Modi are not based on dogmas or ideology; the RSS is actually like a rainbow coalition of all kinds of economic views. Modi takes his decisions based more on politics than economics, per se, argues Vinay Sitapati in this concluding part of this interview.

Everybody today tries to guess the deep rooted economic policy impulse, inclination and instinct of Narendra Modi. Some argue he is pro-free markets or pro-corporates. The farmer bill agitation currently hinges on it. You explore the evolution of RSS, the Jan Sangh and now BJP for hundred years. Is RSS, and consequently Modi, socialist or pro-free market?

As I trace in my book, the RSS is a loose umbrella coalition when it comes to economics. They do not have a fixed ideological view on it. Throughout its history Hindu nationalism has articulated so many different views of economics. In Deen Dayal Upadhya’s work, Integral Humanism, which is very core to RSS thinking, a vast welfare scheme and uplift of the downtrodden is strongly articulated. You have free market supporters like Balraj Madhok and Dr. Subramanian Swamy as much as centrists like Vajpayee. It also included someone like Nanaji Deshmukh, whose personal honesty was peerless and who would raise funds from businessmen, including say Nusli Wadia, grandson of Jinnah.

Even though Prime Minister Vajpayee was one of the greatest economic reformer we ever had, he only continued the economic direction that P.V. Narasimha Rao started.

In essence, the Hindu nationalist ideology was around organising and uniting the Hindu society but had little view on the modern state, or issues that we refer to as ‘governance’. The Sangh looks at economics as a flexible tactical political issue, in which the quest for votes is more significant. So Modi’s assertion that least governed is best governed is his slogan rather than an RSS ideology.

Modi has a certain view of economics, certainly, but it is that state must play a role and it is crucial. A visceral Gandhian socialist view. In contrast to Modi’s economic policies, you can see ideological fervour in Modi’s changing of Article 370 or the Citizenship Bill. These are in the ideological realm, with a long genealogy.

Incidentally, they have no strong ideological view on foreign affairs either. Yes, there are vague assertions like Vasudeva Kutumbikam or a goal of becoming a Vishwa Guru, but they are not substantial. And arguments of Akhand Bharat mean nothing in modern geo-politics.

Why does it look today that Modi’s BJP with the backing of the RSS is so hard to defeat in elections?

They win for many reasons, but a big one is teamwork and unity. This RSS teamwork is a response to the history lesson that Indians are terrible team players. They fight among themselves and split into factions. RSS uses this simple but deep insight to create organisational unity. Only one other man did it before them – Mohandas Karamchand Gandhi. The RSS has created in a sense a very un-Indian ideal of unifying Hindus, to habituate them into team work as an ideal. BJP leaders too have lots of internal bickering and differences, but they rarely divorce and split the party.

Vajpayee was able to use this trait to get rid of two of his earliest rivals – Madhok and Subramaniam Swamy – who were very individualistic and unafraid to air their differences in public. Even Veer Savarkar was an opinionated individual, whereas Hedgewar and Golwalkar were committed to the sangh above all. This is what I call Hindu fevicol, and it is a hard bond to break.

Congress in that sense is typically Indian organisation. They fight it out in the open and sabotage their own larger cause for a pettier goal. Congress is not a uniquely nepotistic party but a typically Indian-minded family party. Every Indian wants to hand over their power to their son or daughter. In that sense there is a Nehru-Gandhi in all of us.

In contrast, when Indians see Narendra Modi, a man without a family to benefit, they are in respectful awe but it is so unlike them. That sense of sacrifice is what puts Modi above others in the minds of common Indians.

Talking of Gandhi, we can see a strand of commonality between him and Vajpayee and Modi… idea of Brahmacharya, extending the logic of sacrifice of family and material concerns, at least in perception. Does this favour a Yogi Adityanath to inherit the mantle from Modi?

It is a very powerful appealing idea, the old Hindu tradition of adopting Brahmacharya. Our psyche puts those who accept the monastic life in position of reverence. This is the appeal of Yogi Adityanath also. It obscures many legitimate criticisms of his politics. It definitely gives him an upper-hand if he enters the race to become prime minister one day.

Many say that despite being from the RSS, Vajpayee was a moderate acceptable to all whereas Modi is a Loh Purush (iron man). Did the incarceration in Emergency play a role in giving the BJP leaders like Advani and Vajpayee a different experiential perspective in the issue of personal liberties?

Yes, while Modi was underground in Gujarat during Emergency, Vajpayee and Advani (and a plethora of others), developed a strong view about personal liberties because they were the worst victims of state atrocities during Emergency. Had Modi been arrested then, who knows what kind of a different viewpoint he would have had?

But it was also about the coalitions. The participation of Vajpayee-Advani in the Janata Party government and their later leadership of NDA shows they were willing to engage with a range of people – from a socialist like George Fernandes to aristocrat like Jaswant Singh. Modi has been electorally freed from the need for a coalition.

Coming to Vajpayee and Advani, your jugalbandi book, how did their relationship evolve?

Advani began as a fan to the star Vajpayee. Their personal backgrounds were very different – Vajpayee was a communicator, poet, orator, very Hindi heartland, lower middle class, whereas Advani was from Karachi, highly cosmopolitan, very English, but introverted and serious.

Vajpayee, like Syama Prasad Mukherjee before him, had charisma and magic. He could mean different things to different people. Advani was also under-confident but he had other strengths. He was loyal, disciplined, always willing to make a self-sacrifice. He was for most part underrated. They were great friends too. They are the kind who would go watch Bollywood movies, cry over some scenes and eat pani puri on the roadside.

Did Advani stick to Vajpayee through thick and thin because he was too scared by Partition and even the idea of a separation was very heavy on him?

(Hmm). I wish we had spoken before writing the book. Could be. But to answer another question of yours, Advani, the rich scion was comfortable with jail life and never complained of difficulties whereas Vajpayee despite being from a poor background found it hard – because of Partition. Advani lost everything, his home, his comfort and material wealth, his beloved Sindh… all in one go. Partition was an event for Vajpayee but a lifelong trauma for Advani.

In the end, What’s your appraisal of Vajpayee and Advani? How do they differ from the Modi-Shah duo?

At heart, Vajpayee and Advani were both romantics, even children at heart. No one would say that about Modi and Shah. Their jugalbandi is very different. They won’t be seen eating pani puri in public or crying while watching Bollywood movies.

The other difference is their understanding of India. Unlike Vajpayee or Advani, Modi and Shah have never served for a single day before taking power in 2014. They have no background of compromising with smaller and regional parties in Parliament. They were also not shaped by Partition or Emergency. They have been shaped by caste and religious politics in the Hindutva crucible of Gujarat. But the two jugalbandis share more than we imagine. All four of them are team players. That’s why the BJP wins.