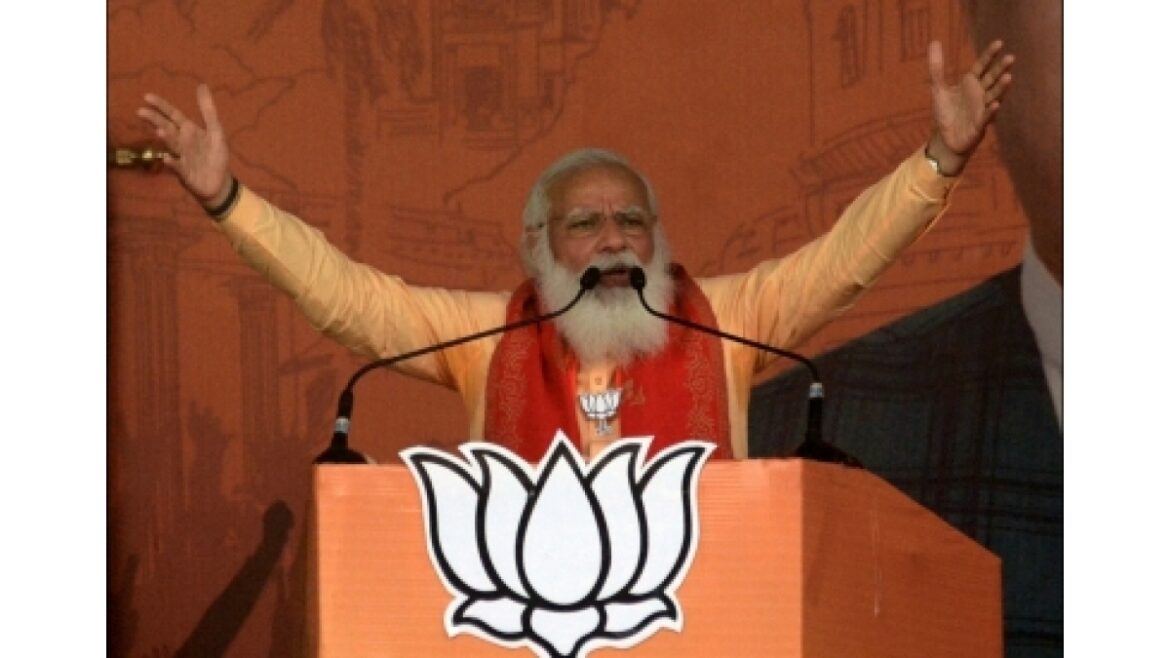 He will address a public rally at the Amma Thidal grounds in Tamil Nadu’s Madurai at 11.30 a.m. Chief Minister K. Palaniswami, Deputy Chief minister O.Panneerselvam and senior BJP leaders will be present in the programme.

Heavy police security has been deployed at Madurai with more than 4,000 policemen pressed into duty for the programme.

Narendra Modi will travel from Madurai to reach Pathanamthitta in Kerala where he will address the public programme at the Rajiv Gandhi indoor stadium at 1.15 p.m.

He will reach Kanyakumari from Pathanathitta in Kerala where he will address a public meeting at Konni for the election campaign of Kerala state president of BJP, K. Surendran and other leaders at 1.15 p.m. at the Rajeev Gandhi Indoor stadium.

Prime minister will travel from Pathanathitta to Kanyakumari by helicopter.

At Kanyakumari, he will address the public at Vivekananda college ground at Agastheeswaram.

Former Union Minister and senior BJP leader Pon Radhakrishnan is contesting from Kanyakumari Lok Sabha seat where a bypoll was necessitated following the passing away of the sitting MP, H. Vasanthakumar of the Congress owing to Covid related ailments.

Pon Radhakrishnan had won from Kanyakumari in 2014 but in 2019 he lost to Vasanthakumar by a margin of 2,99,000 votes. The BJP is contesting elections in Tamil Nadu in alliance with the AIADMK and this has given much hope for Pon Radhakrishnan.

Other than the Lok Sabha candidate, the NDA candidates contesting the Assembly polls from Kanyakumari district and adjoining constituencies will participate in the Prime minister’s programme.

Security has been beefed up in Kanyakumari district and 3,500 policemen are deployed for the programme.