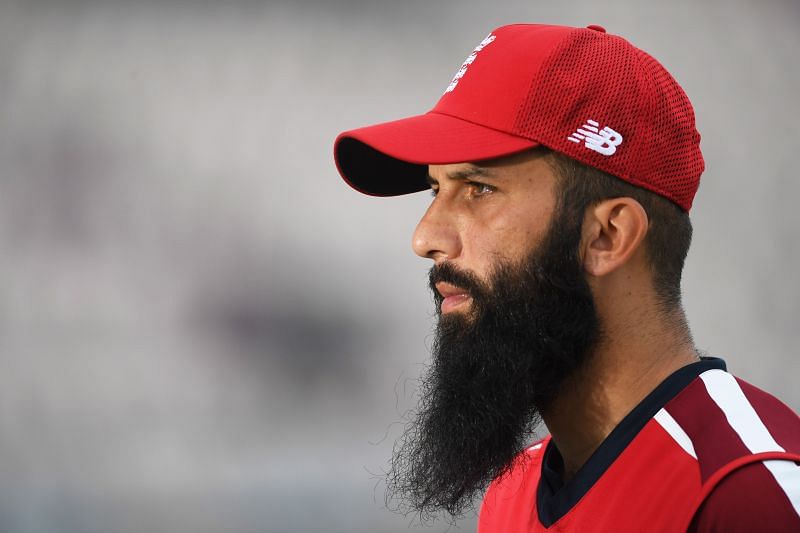 Former captain Michael Vaughan took another dig at England’s controversial rotation policy after all-rounder Moeen Ali did not feature in any of the five T20Is against India.

England preferred to go in with Adil Rashid as the lone spinner right through the five-match series as Moeen Ali warmed the benches. India hammered the England pacers in the final T20I to clinch the series 3-2.

“Moeen Ali must be the greatest energy drinks mixer of all time … Missed two Tests to not play a game in the T20 series … !!! #OnOn #INDvENG.”

Moeen Ali was part of the England team for the first two Test matches against India in Chennai but did not play the first game. Playing the second, he claimed eight wickets in the match and scored a blistering 43 off 18 in England’s second innings.

After England lost the second Test by 317 runs, Moeen Ali headed back home in sync with the team’s rotation policy. He returned to India for the T20Is, only to warm the bench.

Meanwhile, Adil Rashid, who featured in all five T20Is, claimed four wickets at a strike rate of 28.5 and an economy of 7.78.

Moeen Ali must be greatest energy drinks mixer of all time … Missed 2 Tests to not play a game in the T20 series … !!! #OnOn #INDvENG

England, who were 2-1 up after three games, faltered in the last two matches to concede the series 2-3.

In the deciding T20I on Saturday, they conceded 224 runs bowling first. Despite a spirited counter-attack, England fell short by 36 runs.

Analyzing what went wrong, England captain Eoin Morgan opined that India won the big moments while his team failed to seize the same. Speaking at the post-match conference, Morgan admitted:

“Playing against a strong Indian team in their conditions was fantastic. Another fantastic game today. India outplayed us in the big moments and deserved to win. We’ve played some good cricket through the series too. So lots of positives for us. We bat quite deep, and we tend to take advantage of that.”

“Big moments in this series came when we weren’t able to take advantage of that with our middle order. Always feel we have the talent in the changing room to give it a crack. Today wasn’t our day. One of our huge plusses has been the powerplay bowling in most games. Have to commend Adil Rashid for taking on the new role. Gives us a new option” .

India and England will next meet in a three-match ODI series starting March 23 in Pune.