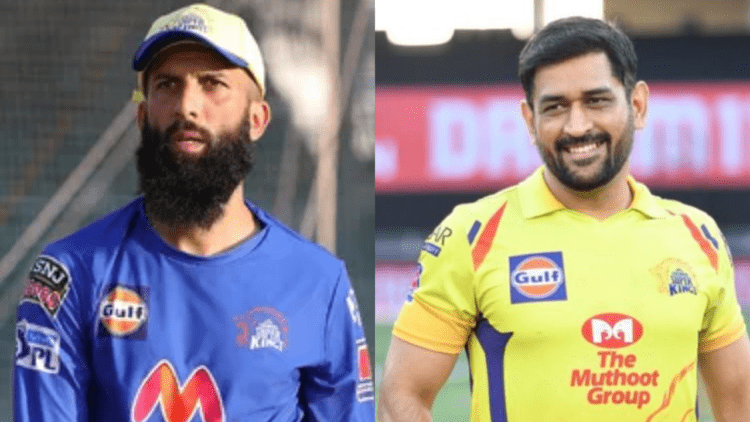 England all-rounder Moeen Ali was snapped up by Chennai Super Kings in the IPL 2021 player auction. CSK were in search of an off-spinning all-rounder and they found two in Moeen Ali and Krishnappa Gowtham. They two costed together 16 crores as CSK tried to plug that gap in their overall squad. CSK bought Ali for Rs 7 crore at the auction to strengthen their middle-order ahead of the new season.

The England all-rounder said he has only heard good things from the players who have played under MS Dhoni and it’s something on the wish list of every cricketer to play under the CSK skipper.

“I’ve spoken to players who have played under MS and they tell me how he improves their game. I believe a great captain does that. “I think it’s something on every player’s wish list to play under MS. I think it’s the confidence and the clarity he gives people. It’s exciting” Moeen told the official Chennai Super Kings website.

CSK released the likes of Harbhajan Singh and Piyush Chawla ahead of the IPL 2021 player auction. While Harbhajan went to KKR, Mumbai Indians roped in Chawla for the upcoming season.

Meanwhile, Moeen Ali was underutilised at his stint with Royal Challengers Bangalore. The all-rounder failed to fit into the scheme of things at RCB. Moeen said CSK is a lot structured as compared to RC and they even they do not panic too often.

CSK Is a Lot More Structured Compared To Other Teams: Moeen Ali

“I think what differentiates CSK from other teams is actually how they structure everything… from the squad they have to the way they do things. They look a very calm franchise that doesn’t panic,” said the England all-rounder.

Chennai Super Kings play their first game of IPL 2021 against Delhi Capitals on April 10 in Mumbai. None of the teams will be enjoying home advantage this season given the prevalent pandemic situation. Also, the matches will be played behind closed doors atleast at the start of the season.