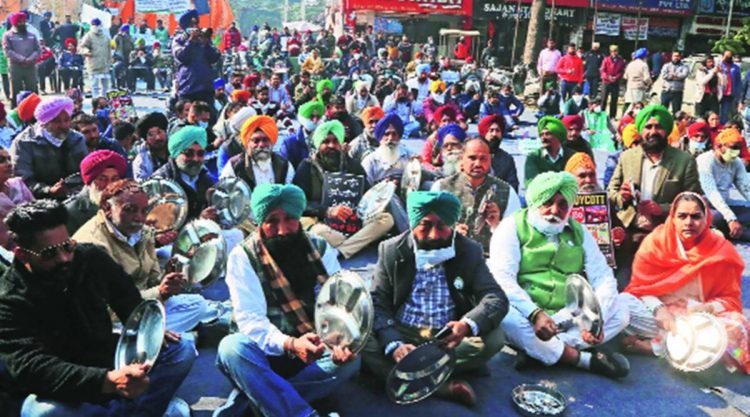 In solidarity with the farmers protesting against the three Agriculture laws, city residents took to the streets on Sunday and held a protest at Phase 3B-2 market in SAS Nagar.

The protesting city residents said that they extend their support to the farmers who have been protesting for the last one month against the controversial laws. “The union government must repeal the laws with immediate effect. These laws will ruin the farmers. The farmers who are protesting are making genuine demands,” said Akwinder Singh Gosal, one of the protesters at Phase 3B-2 market on Sunday.