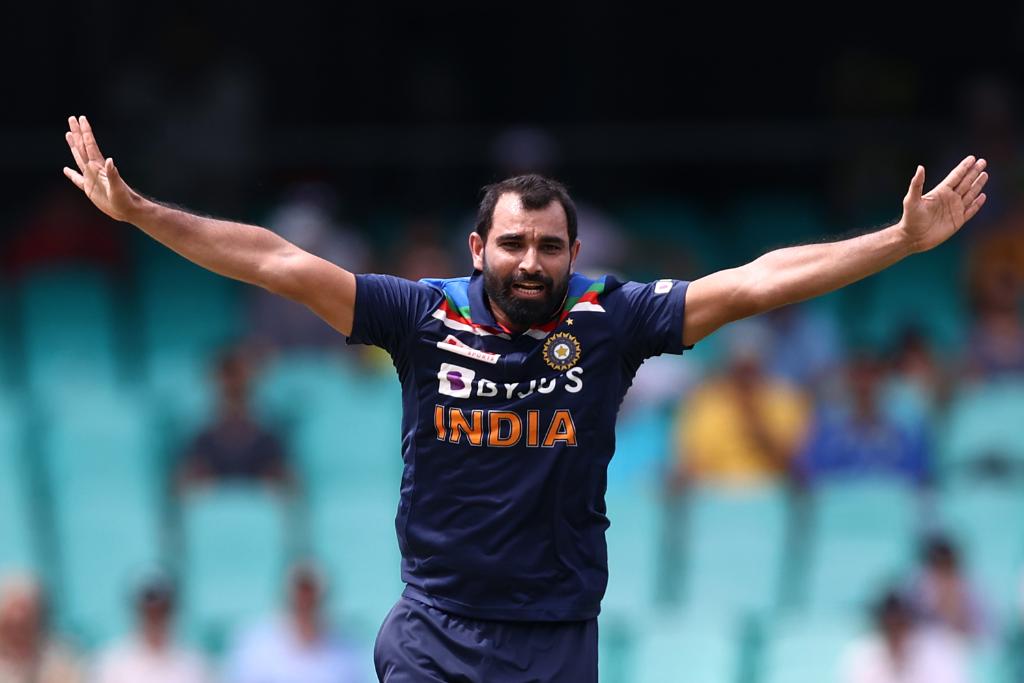 Mohammed Shami, Indian pacer would have been part of the victory celebrations at the Gabba, if he had not been ruled out with a wrist fracture in the first Test.

Team India have more than convincingly defended the Border Gavaskar Trophy. The win at the Gabba and the overall Test series win will go down in the history books as one of the all-time greatest wins for a touring team.

Mohammed Shami: Newcomers Have Shown Character And This Is A Great Achievement Considering Injuries

None predicted that India would come out all guns blazing on Day 5 of the Brisbane Test looking to go for a win. After all 328 had never been chased down at the Gabba before. The highest that was chased at Gabba was 236, which Australia chased down against the West Indies in 1951.

Ajinkya Rahane’s men were expected to salvage a draw in the fourth and final Test. But the tourists had other plans. India beat Australia in the Brisbane Test by 3 wickets after Rishabh Pant’s unbeaten 89 and Shubman Gill’s 91. Lauding the team’s win, Mohammed Shami on Tuesday called this win an incomparable feat.

“This is a big achievement. There were a lot of injuries. And the way Rahane used the reserved players is commendable. The newcomers have shown character. Most importantly, we have repeated the success of 2018. Nothing can be compared to this historic achievement. We have performed as a unit in the series.

“Be it bowling or batting, we have done immensely well in the series. With this win, we have proved that we can beat any team in the world in their own den” Mohammed Shami told Timesofindia.com on the sidelines of an Ultimate Kho Kho event in the capital on Tuesday.

“When I got injured. I was in tears. Because we had planned a lot and I was leaving the team mid way. I want to give credit to the management, support staff and all the players in Australia for this win,” Mohammed Shami who has taken 180 Test wickets in 50 Tests for India said.

“You cannot doubt the bench strength of this team. They have done wonders in Australia and this performance will be remembered for a long time,” the 30 year old pacer further told TimesofIndia.com.

India were without some star players, including Virat Kohli, who left on paternity leave after the first Test, while Mohammed Shami, Ishant Sharma, Umesh Yadav, Hanuma Vihari, Jasprit Bumrah, Ravichandran Ashwin and star all-rounder Ravindra Jadeja, were all injured during different stages of the tour.

In their absence, youngsters and largely inexperienced players like Shubman Gill, Washington Sundar, Rishabh Pant, Shardul Thakur and T Natarajan took on the responsibilities and helped India cross the finish line to clinch a historic Test and series win for India.

“If your bench strength can perform to this extent, nothing can be bigger than this. We all are so proud of these youngsters (Shardul, Gill, Sundar, Rishabh Pant, Natarajan, Saini). We lost players due to injuries and these youngsters were given chances.

“Most importantly, they grabbed it with both hands and performed. If a youngster is playing his first match and performing in the match, it is good for India and him also. He gets a huge confidence boost after performing in his debut match. They all have a bright future,” Mohammed Shami further said.

India with the 3-wicket win ended Australia’s unbeaten streak at the Gabba which stretched back to 1988. India fielded a relatively inexperienced team especially in bowling in 4th Test as pacer Mohammed Siraj was the most experienced playing 3 Tests while Australia’s Nathan Lyon played 100 Tests. All Australia’s frontline bowlers played more than 30 Tests.