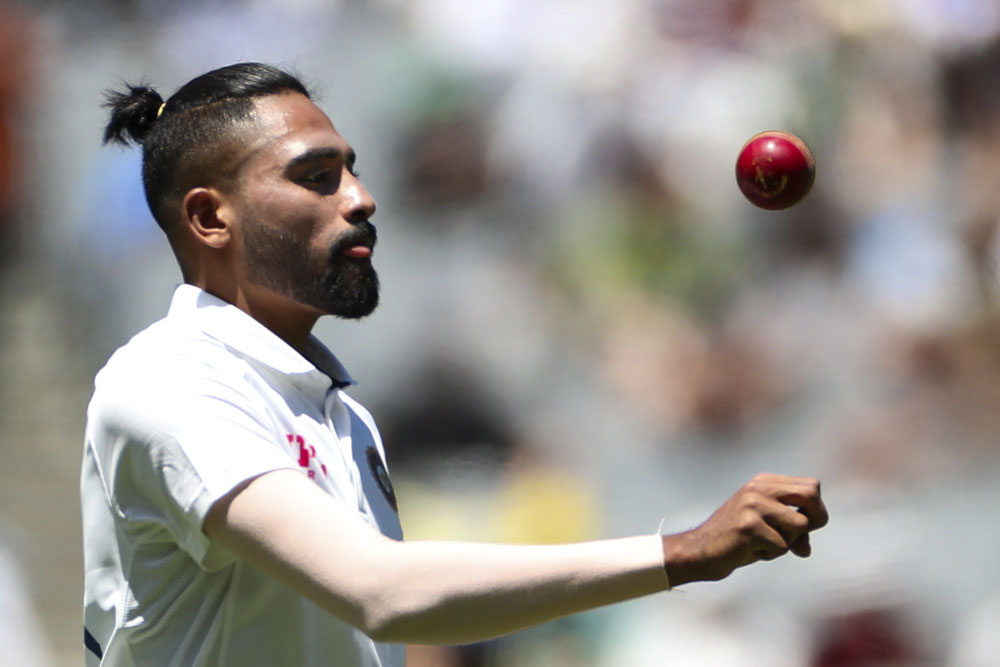 Mohammed Siraj, the 26-year-old pacer signed off the series as the highest wicket-taker for his team India, claiming 13 wickets in 3 Tests, including one five-wicket haul.

After an impressive show in the series Down Under, it wasn’t a surprise to see Mohammed Siraj’s name in the India squad that was announced for the first two Tests against England at home. The Hyderabad born pacer is raring to go at full throttle against England. The opening Test will be played at Chennai’s MA Chidambaram stadium from February 5.

“I just want to perform for my country. I want to help the team win the England series the way I did in Australia. The Australia series was a big opportunity for me. I am sure I will continue the good show against England as well,” Siraj told Timesofindia.com in an exclusive interview.

“There was a lot that I learnt from the Australia series. From sharing dressing rooms to net sessions, I learned a lot from the seniors like Pujara, Ajji bhaia (Ajinkya Rahane), Shami bhai, Rohit bhaia and coach Ravi sir. I want to use that knowledge now against England,” the 26 year old further said.

During the Australia tour, Mohammed Siraj got the chance to rub shoulders with seniors pros like Mohammed Shami, Umesh Yadav, and Jasprit Bumrah till ultimately he had become the pace spearhead in the last test at Brisbane, the 4th Test of the series.

Although the likes of Mohammed Shami, Umesh Yadav, and Jasprit Bumrah suffered injuries at different stages of the tournament, they were available whenever Mohammed Siraj needed their guidance. Mohammed Siraj was handed a debut in the Melbourne Test (Boxing Day Test) after senior pacer Mohammed Shami was ruled out of the series due to a fractured wrist.

He took five wickets in his maiden outing (2 in the first innings and 3 in the second) in India’s win to level the series 1-1. He then bagged 2 wickets in the Sydney Test, which resulted in a draw.

Mohammed Siraj Is Excited Now To Bowl Alongside Ishant Sharma

“I am so happy with my performance. Got to learn a lot from Shami bhai, Umesh bhai, and Bumrah. They gave me a lot of tips. Shami bhai and Ravi Shastri sir taught me how to handle pressure. I will apply that in the England series as well,” Siraj further told TimesofIndia.com.

Apart from Mohammed Siraj, Team India will have their regular Test fast bowling spearhead Ishant Sharma who is back after recuperating fully from injury, Jasprit Burmah and Shardul Thakur in their pace department for the first two Tests vs England. Mohammed Siraj is excited to bowl alongside Ishant Sharma in the series.

“It doesn’t matter whether I am playing at home or away, my performances and winning matches for my team have always mattered to me the most. I am all prepared for the England series,” he said.

“I have bowled alongside Bumrah, Shami bhai, and Shardul. They are part of the series (vs England). I am so excited now to bowl alongside Ishant Sharma. It is going to be a huge learning curve for me,” Siraj signed off.

In the crucial series-deciding Brisbane 4th Test, India, apart from pacer Mohammed Siraj, India had Shardul Thakur, who was just one Test old, Navdeep Saini also had just one Test match under his belt at that time and T Natarajan, who was making his Test debut. The combined number for the Indian bowlers (Mohammed Siraj, Shardul Thakur, Navdeep Saini, T Natarajan and Washington Sundar) was only 9 Tests yet India won.