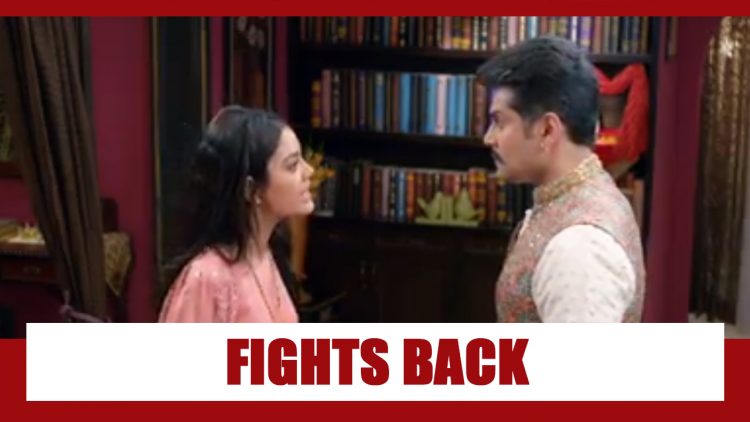 Molkki will see Purvi fighting back against Virendra to prove her innocence.

Molkki the Colors show produced by Balaji Telefilms has seen Purvi (Priyal Mahajan) getting humiliated in front of the crowd assembled for having stolen Sakshi’s belongings. Virendra (Amar Upadhyay) asked her to remove all that she is wearing on the spot.

Read Here: Purvi to have an emotional breakdown

Now in the coming drama, Purvi will not take the humiliation lying down and she will muster up the courage to counter-attack Virendra.

Virendra who will be livid will tell her that she is free of her Molkki and can get out of the house now.

What will happen now?

We buzzed actors of Molkki but did not get through.

Watch this space at IWMBuzz.com for updates.